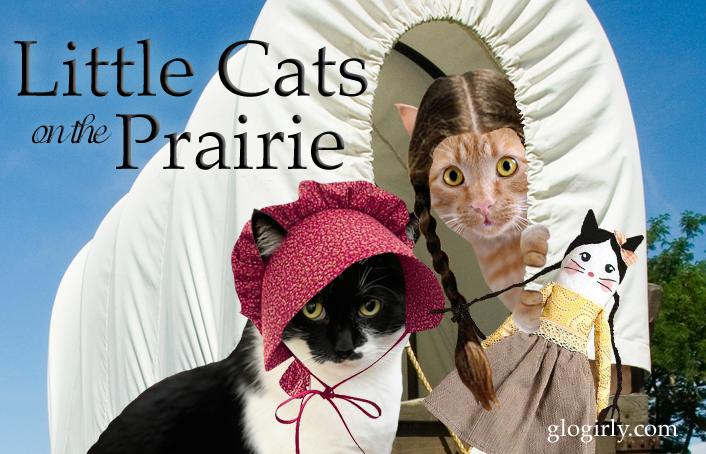 KATIE:  Go where? To the general store to buy more penny catnip?

KATIE:  I hate to tell you Waffles, but it's 1874 and indoor litter boxes haven't been invented yet. 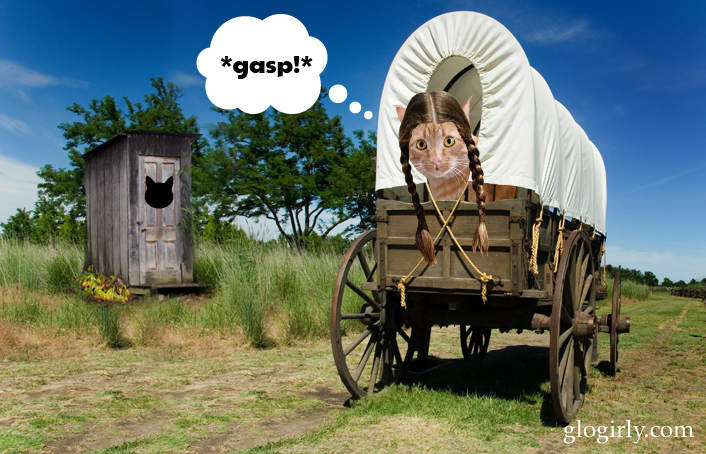 TV Spoof Flashback Week!
From 2014-2015 we published a weekly feature called TV Trip Caturday, featuring some of Glogirly's favorite TV shows from the 70s and 80s. It gave her a chance to develop her Photoshop prowess and often, we included an adoptable kitty from PAWS Animal Welfare Society.

This week we're going to relive some of our favorite and most shared TV Trips. If you have any special rerun requests, please just leave them in the comments! Happy watching!