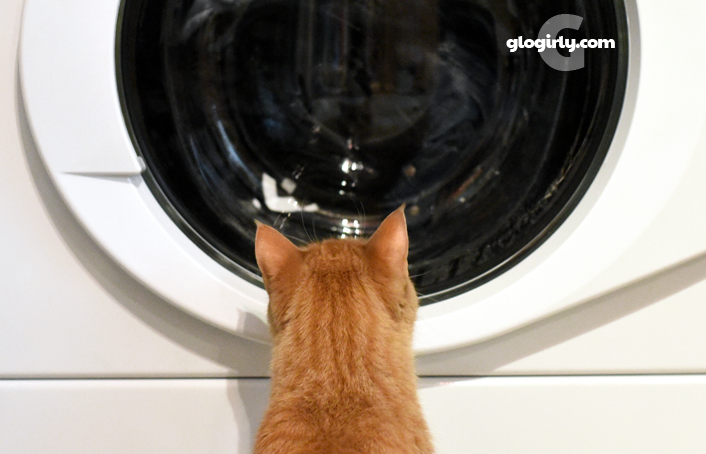 WAFFLES:  Did you see the new TV, Boss? 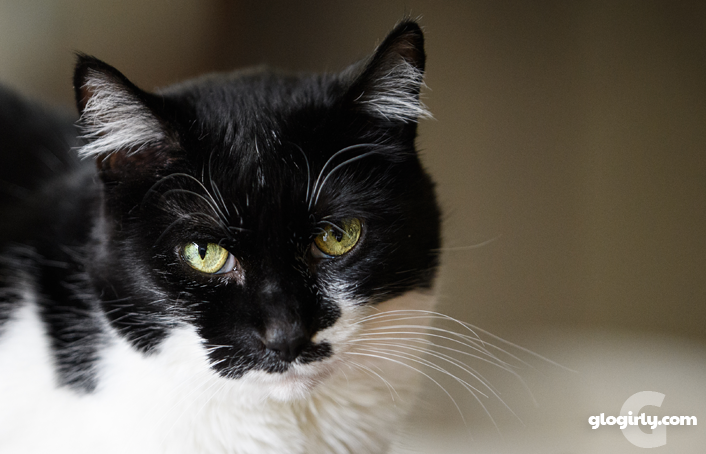 KATIE:  Ok, I'll play along. No Waffles, I haven't seen the new TV. What are you watching? 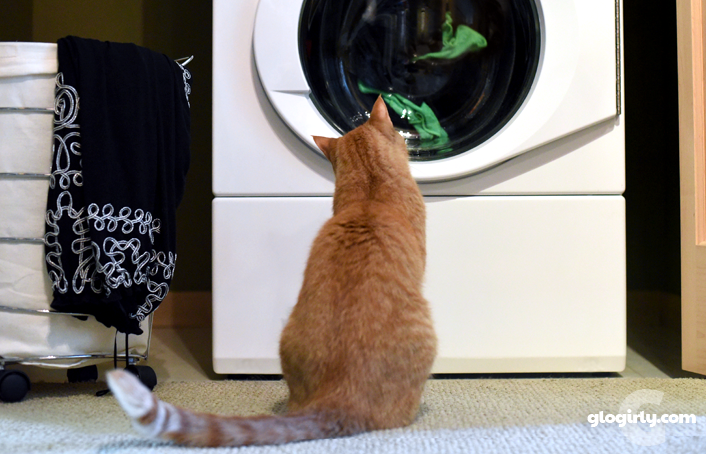 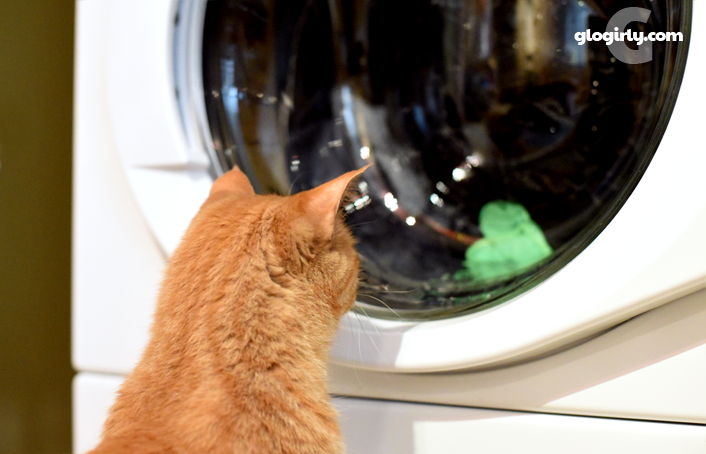 WAFFLES:  I had no idea there was a show about her green socks. 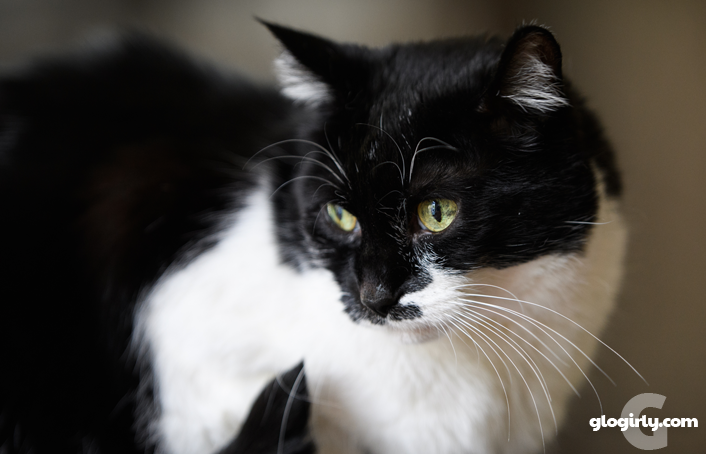 KATIE:  I hear the show starts out with two green socks but by the time it's over there's only one. It's kind of a mystery, sock-napping sort of thing. 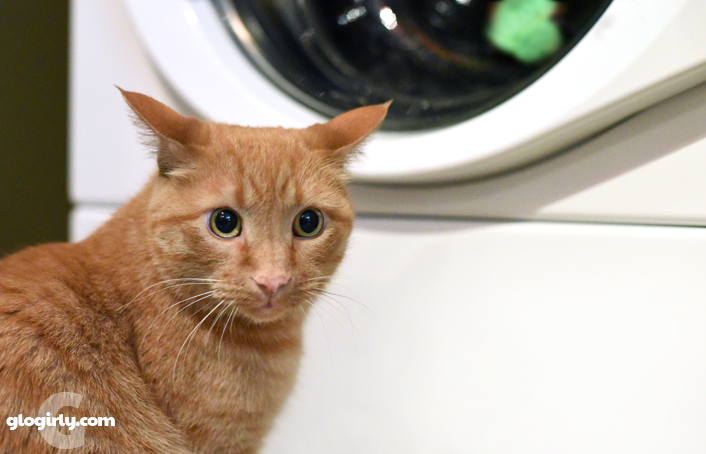 WAFFLES:  But what happens to the sock? Do they find it?

KATIE:  You're just going to have to watch the show.

About Today's Photos
Last week, the day before Glogirly was due to leave on her big trip to Best Friends Animal Sanctuary (post #1 will publish this Friday by the way!), the stackable washer/dryer met a tragic end. In order to have clean underwear for the trip, Glogirly had to dig out her quarters and head off to the local laundromat. Except there are hardly any laundromats anymore, so it wasn't exactly local.

Fast forward to yesterday when the shiny new washer/dryer arrived. We think the two guys carrying it up the two flights of stairs with the four 90 degree turns were probably whispering a few HBO words. It's a stackable unit so they had to carry the equivalent of a washer AND a dryer. Glogirly had to look away for fear of all the dents and paint scrapes they were likely making on the walls coming up the steps.

But we're back in business with our very first front-loading washer. Though Katie is only marginally impressed, Waffles is absolutely fascinated. When it started up for the first wash, he approached slowly, crouched low to the ground. Closer and closer he crept, until his nose was just about touching the glass. And there he sat, mesmerized, until the spin cycle gave him pause and he spun his head around just to make sure everything was ok.

Waffles already loved laundry day, what with all the warm sheets and bed making. But this gives the joy of laundry a whole new meaning for him.