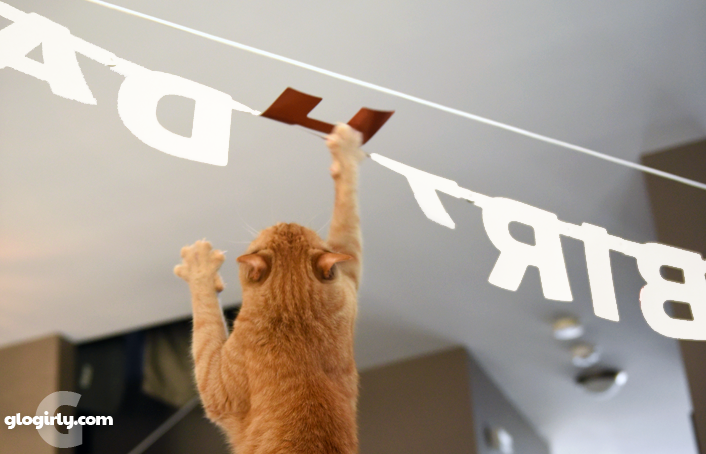 WAFFLES:  Ok Boss, is this where the H goes?

KATIE:  Hurry it up, Waffles. Gloman's coming down the steps any minute. We've got work to do.

WAFFLES:  He's going to be SUPER surprised, isn't he! I bet he doesn't even know I can spell Happy Birthday.

WAFFLES:  So how many pairs of shorts did we get him for his birthday? KATIE:  Enough that we're going to string them all up on this clothesline. Now where's the end? 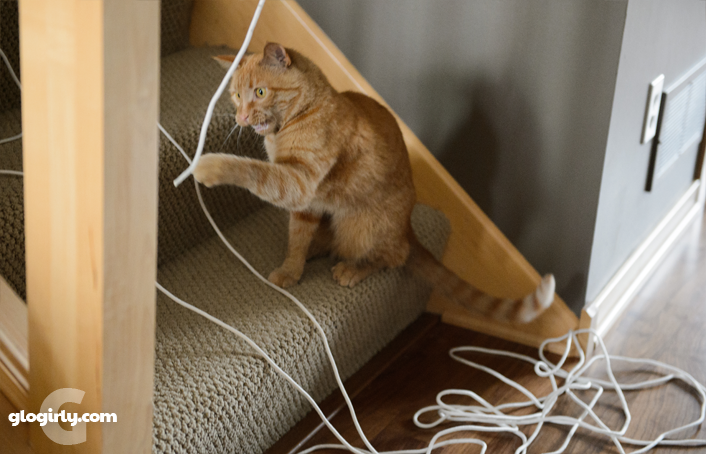 KATIE:  Waffles, it's not a toy. It's a clothesline. Now hand it over. 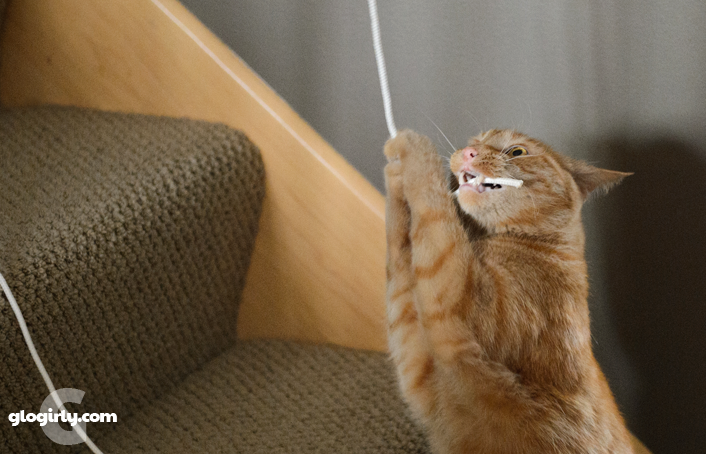 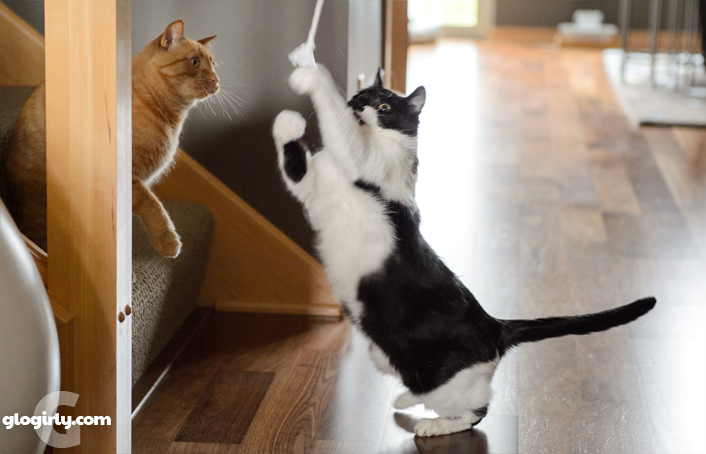 WAFFLES:  Uh, Boss? I thought you said it wasn't a toy. 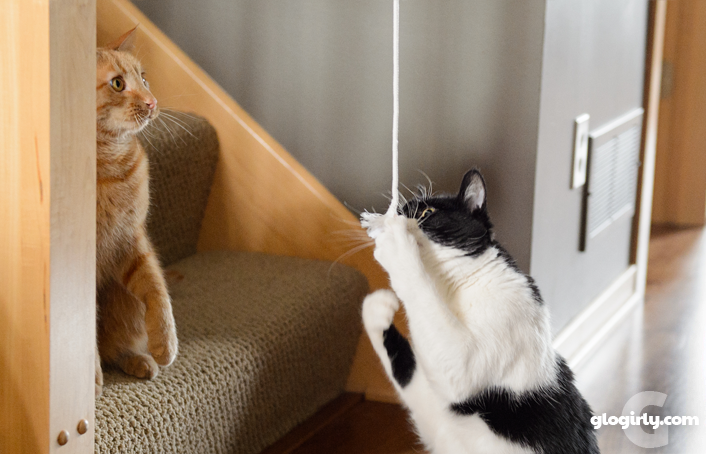 
* 60 minutes and an untold number of shorts later*  ...can you find Waffles? 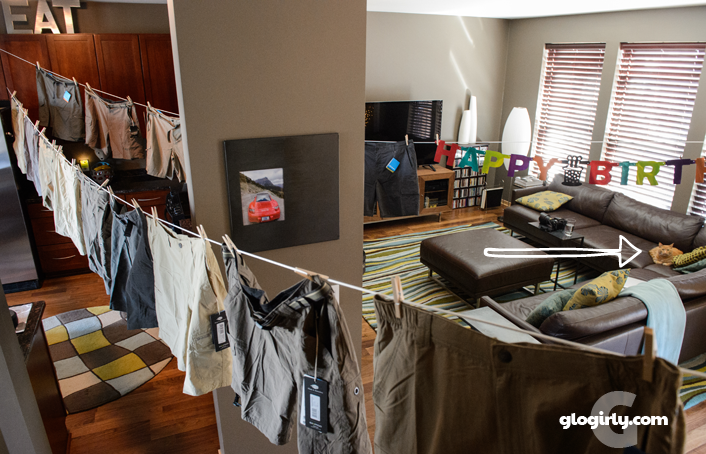 Before this ear worm is firmly embedded in your heads, we want to thank you SO much for all the warm and wonderful birthday wishes you left last week for our resident Cat Daddy. Gloman was incredibly touched, as were we.

So you're probably wondering what's up with all these shorts and what looks like laundry day at the Townhouse, right? Well Gloman REALLY needed some new shorts. And you see, he has this thing about shopping. He hates it. So instead of bringing Gloman to the store, we brought the store to Gloman. 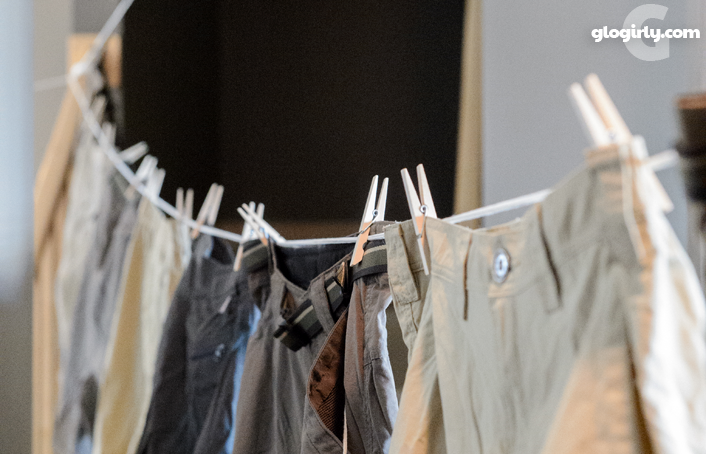 Glogirly went a little crazy and bought a BUNCH of shorts for him to try on. Lots of styles, colors and sizes. This way he could try everything on in the comfort of home in front of the windows for the neighbors to see. Once he chooses his favorites, Glogirly will just return the rest.

Though we're getting kind of used to having a 100 foot clothesline strung though the house. 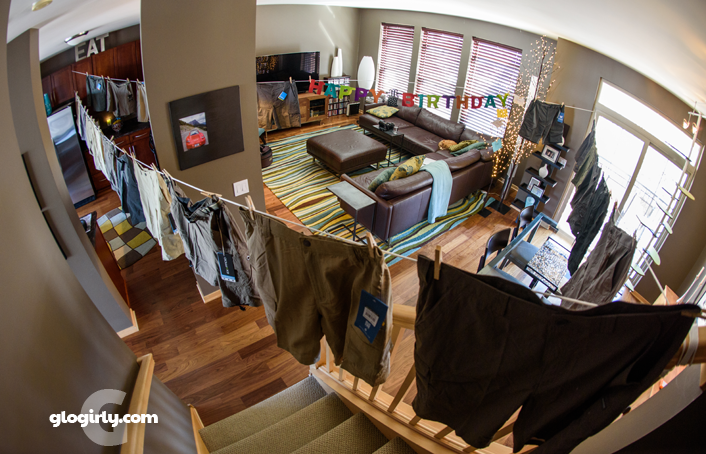 We set all of this up early in the morning on his birthday, before he got out of bed. When he came downstairs from the bedroom... SURPRISE!

So how many pairs of shorts do YOU think he had to try on? 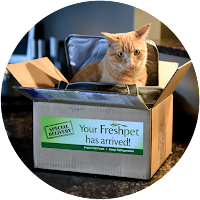 
Enter to win a cornucopia of prizes for you and your cat!
Enter now through Friday, April 1, 2016.
Three lucky winners!