Chicken Fricassee With a Side of Waffles 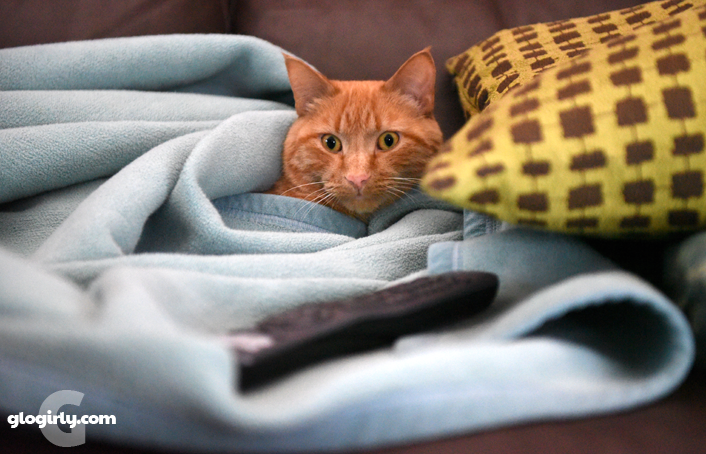 WAFFLES:  Hey Boss, can you hand me the flipper?

KATIE:  What, are you going swimming?

WAFFLES:  The channel flipper, Boss. They're making chicken frickin-sea on the food channel. 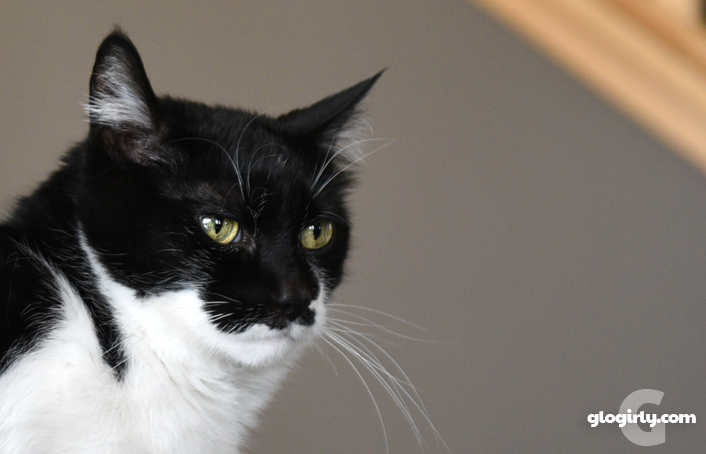 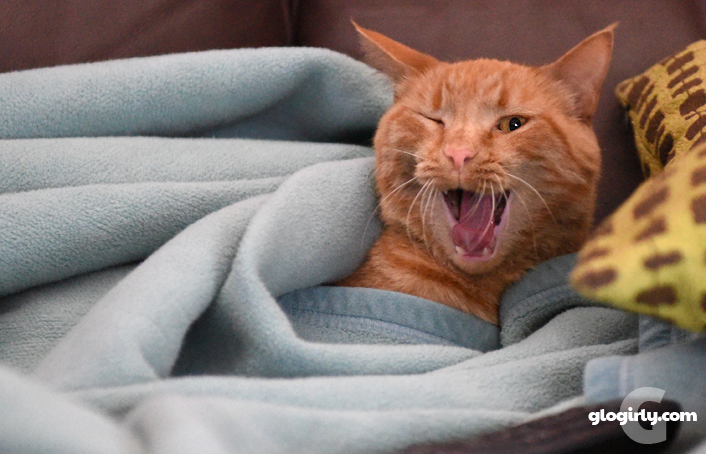 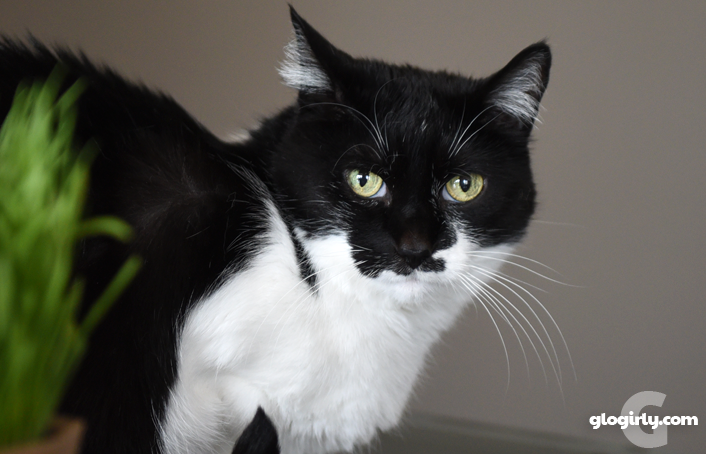 KATIE:  Waffles!!! You're not supposed to say that word! You know how Glogirly feels about HBO words. 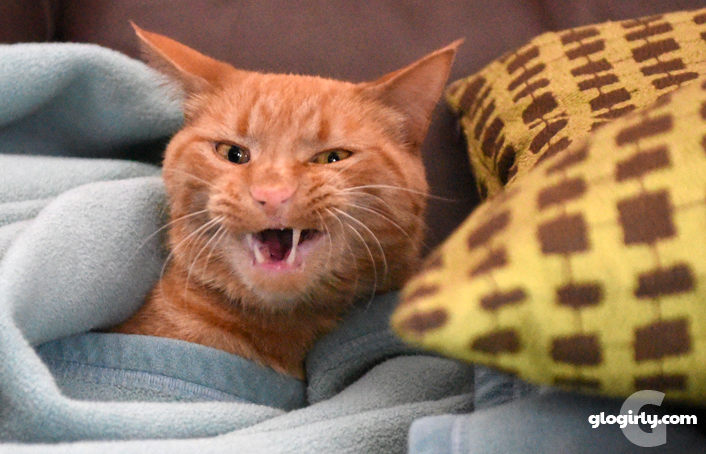 WAFFLES:  Since when is chicken an HBO word???

About Today's Photos
Yesterday Waffles was king of the couch. In fact, we might have to consider changing his name to Potato. He huddled under Glogirly's blanket– All. Day. Long. While some may call it lazy, Katie calls it bliss.