WHODUNNIT? Crime Scene on the Countertop 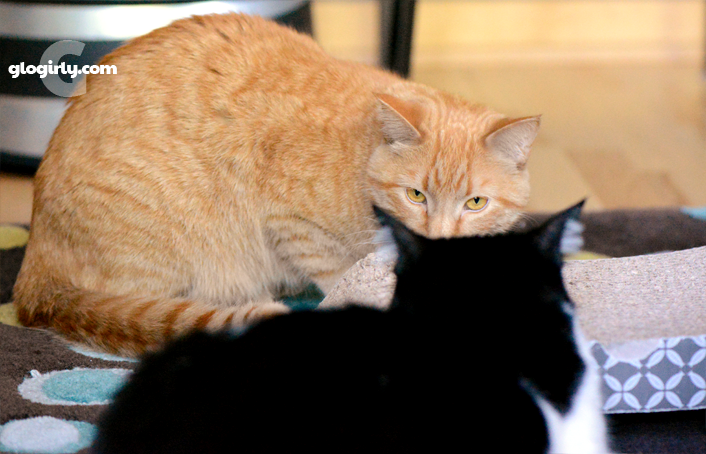 KATIE:  Well they're not mine. What did you do, Waffles?

WAFFLES:  Nothing, Boss. I swear it.

KATIE:  Seriously? I'm supposed to believe someone who gets caught in the kitchen cupboards everyday? 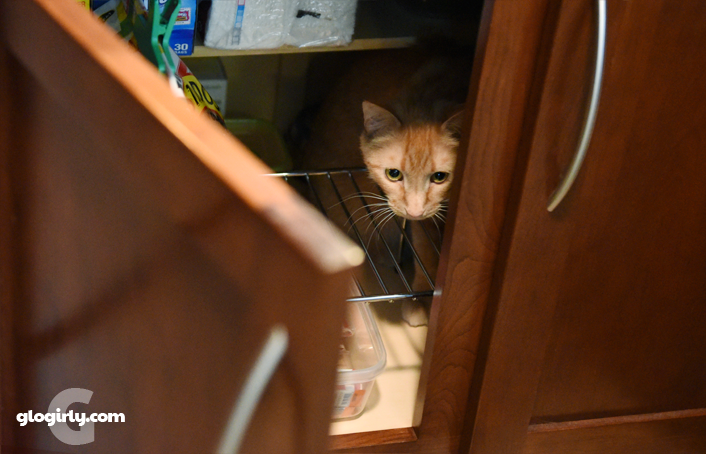 WAFFLES:  Yeah, but there's food and stuff in here. And I never go in when anyone's looking.

KATIE:  Because it's totally fine to commit a crime just as long as no one sees you? *rolls eyes*

WAFFLES:  I KNOW! Especially in the middle of the night.

KATIE:  And no one saw you TP the Townhouse the other day either. So that roll of toilet paper just flung itself down two flights of steps?

WAFFLES:  Maybe it was running out!

KATIE:  Waffles, I think this latest one has your name on it. And your paw prints.

WHODUNNIT???
Dear friends... we need YOUR help in solving this heinous crime. 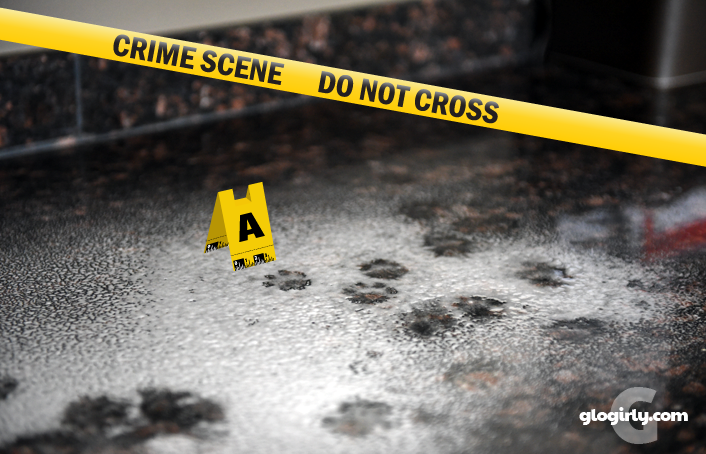 Exhibit B:  The Lineup
Two cats of interest have been identified in connection to the countertop crime. Though both have alibis, investigators have not been able to substantiate either cat's story.

Evidence Inconclusive
Due to Glogirly's obsessive-compulsive countertop cleaning, crime scene investigators have ruled the paw print evidence inconclusive and are seeking help from the general public in hopes that someone may be able to make a positive match on the prints and paws.

Or, how about let's just take a vote?
survey solutions
Labels: Crime Scene, GLOGIRLY-Tails Of A Cat And Her Girl