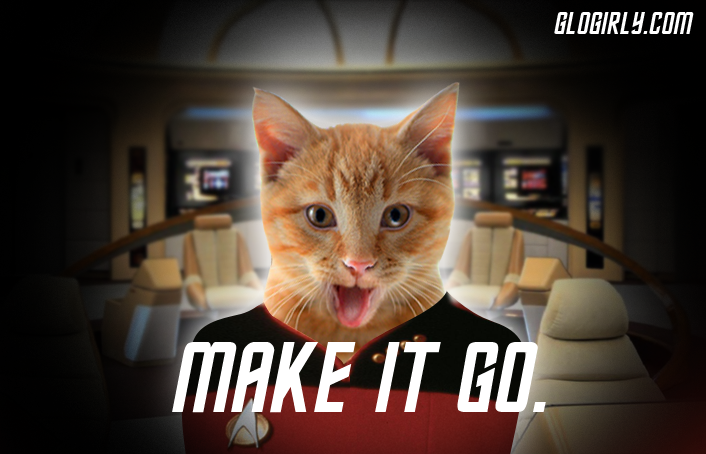 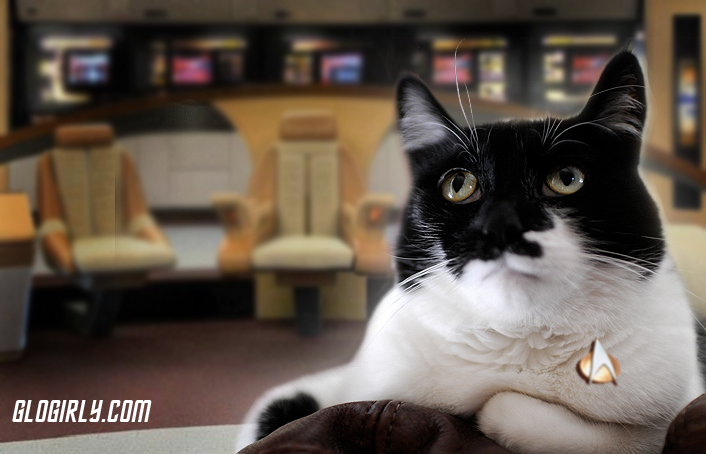 KATIE:  Waffles, even if you COULD get the line right, you're hardly a Captain Picard.

WAFFLES:  Awe, c'mon Boss! You ALWAYS get to be the captain and stuff. Remember Gilligan's Island? And the Love Boat? Why can't I be the captain?

KATIE:  Waffles, that's what scares me. Young cats today... you have no idea what it was like before Hulu and Netflix.

WAFFLES:  You mean when there were dinosaurs no one had iPads and stuff? How did they watch TV?

KATIE:  Just hurry up and pose for the title photo.

WAFFLES:  Can I be the captain? 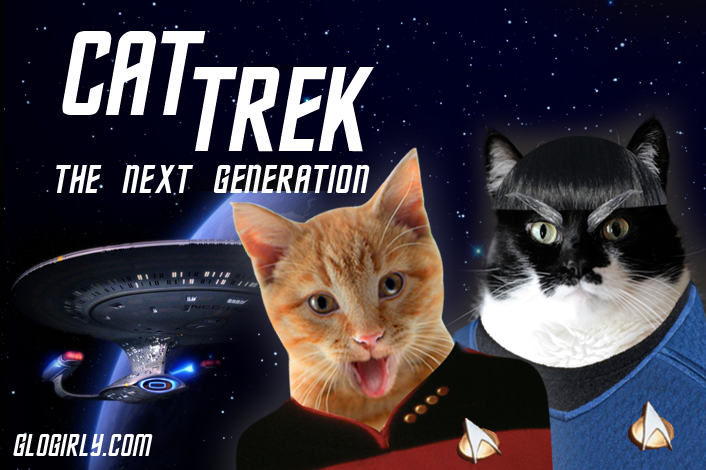 KATIE:  This is highly illogical. But fine, be the captain already. 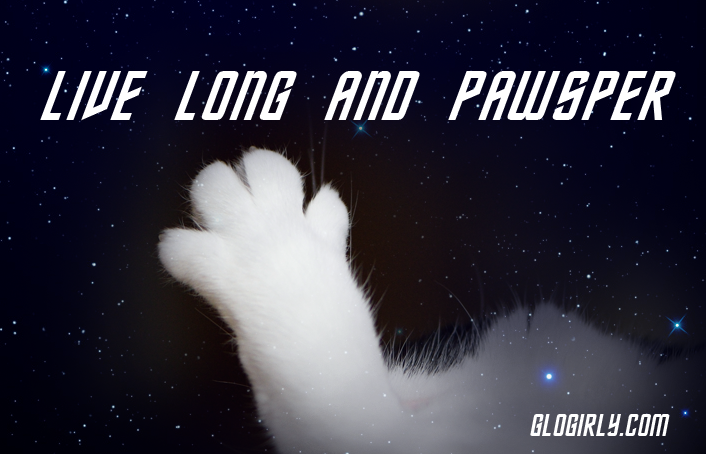 Please Help us Get Waffles on the Next Can!
RASTA KITTY COCKTAIL ... yah man

We did it before, let's do it again! Voting is officially open in the latest mike's HARDER design contest.  Part of the success of our Mad Kitty Cocktail was all of the social buzz you helped us generate through comments and votes on the contest site. We'd be so very grateful if you'd pop by our Rasta Kitty Cocktail page to cast your votes.

HERE'S HOW TO VOTE:

1.   Just click the voting link below and login either with Facebook or your email. The site you're going to is called ZOOPPA.

2.  Once you're logged in, click the back button twice to return to our Rasta Kitty Cocktail page. (if you've been to the site before, it will probably remember you and you won't have to go back.)

3.  There's a voting "slider" on the right hand side of the Rasta Kitty Cocktail page. Slide it ALL the way over to cast 5 votes. That's the maximum number of votes. You can only do this once.

More TV Spoofs
Join us every Saturday for another episode of TV Trips.
Just tuning in? Catch up on all of our latest TV show parodies.
We've DVR'd them for you.
CLICK HERE 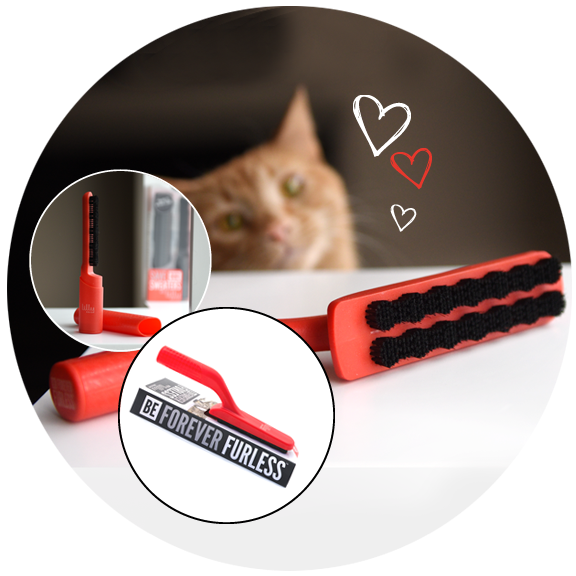 Lilly Brush Giveaway!
Enter to win! Two lucky readers will  a Forever Furless Lilly Brush AND a Save Our Sweaters brush! We're doubling the prize so you can choose a shelter to win too!
CLICK HERE
Labels: GLOGIRLY-Tails Of A Cat And Her Girl, Star Trek, Star Trek The Next Generation, TV Trip