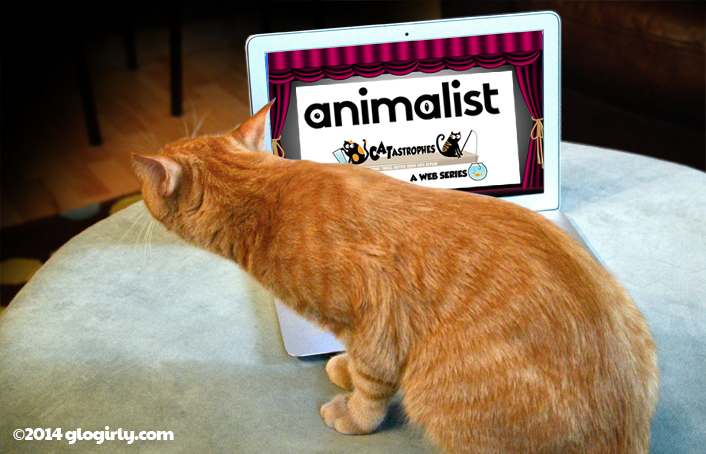 KATIE:  What. Did you steal another chicken drumstick off the kitchen counter?

KATIE:  Waffles, we write a cat blog. There's ALWAYS cats on our computer.

WAFFLES:  No, Boss. This is different. It's like a movie. Except with CATS. Look! 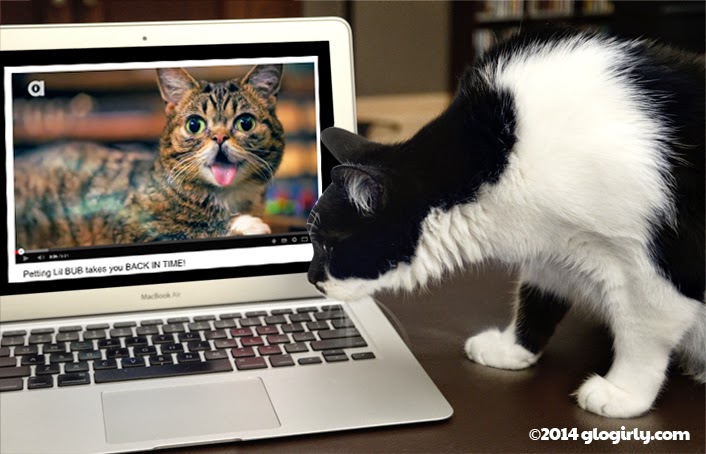 KATIE:  That's not just ANY cat, Waffles. That's Lil BUB!  This is from the new web series our friends from Cat In The Fridge just launched - CATastrophes.

KATIE:  You should, Waffles. You cause enough of them. 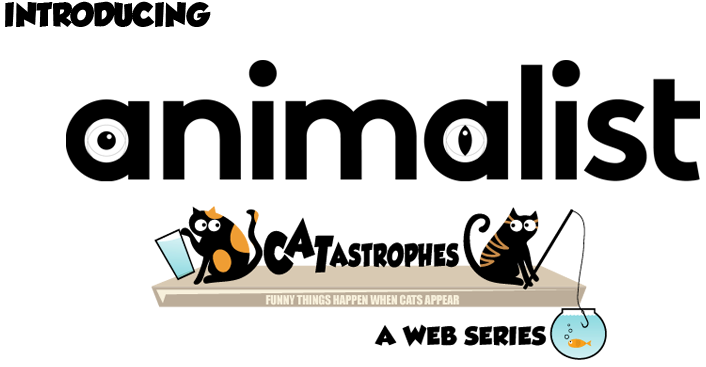 "Funny things happen when cats appear."
CATastrophes, a new web series making it's debut on Discovery Digital Network's Animalist, is taking the web by storm! You may not recognize the names of the talented creators, Alana Grelyak and her husband, Michael Gabriele. ...but we think you'll recognize their blog, Cat In the Fridge! ... and of course their two feline thespians, Crepes and Guy.

The CATastrophes web series stars Alana and actor/comedian Kris Flanagan, with Michael wearing the director's hat. So what's a web series? Think of it as a mini movie, a "short" in industry-speak. Most episodes fall between 5-9 minutes in length. Purr-fect for a wild ride adventure!

Promoting adoption with humor . . . and CATS!
Each episode features cats in a crazy-funny situation that leaves the humans scratching their heads. Though most of the comic relief comes from Alana and Kris, the true stars of the show are the CATS. Not only does each episode showcase a cat rescue doing great work, many of the adoptable shelter cats appear in the videos. What a fantastic way to share the important message of adoption! ...and find forever homes for a few movie stars too!


NOW SHOWING
The latest episode in the series, ChronoCATastrophe, just premiered earlier this week and stars none other than Lil BUB, who plays Wellington, a cat with the most amazing power to transport people back in time. Also featured are a cast of amazing, adoptable cats from Chicago's Tree House Humane Society.  It's a comedy, it's adventure, it's PAW-tastic!

So grab some catnip, sit back and enjoy the show!

FTC disclaimer: This post is sponsored by Discovery Digital Network. We are being compensated for helping spread the word about CATastrophes, but GLOGIRLY only shares information we feel is relevant and entertaining to our readers.
Labels: Aminalist, Cat In The Fridge, CATastrophes, GLOGIRLY-Tails Of A Cat And Her Girl, Lil BUB