Tickled PINK: Simple Solution 30 Day Cat Litter Giveaway for You AND Your Shelter! 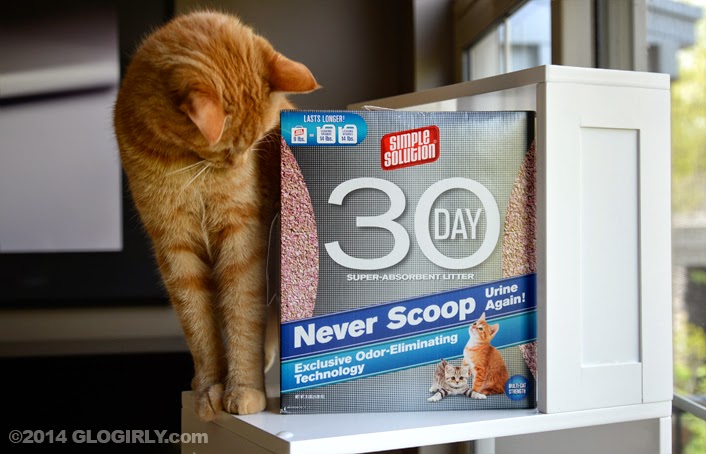 WAFFLES:  Hey Boss! We got some new litter! And you're not going to believe this... but it's PINK!
Can I try it? Can I? 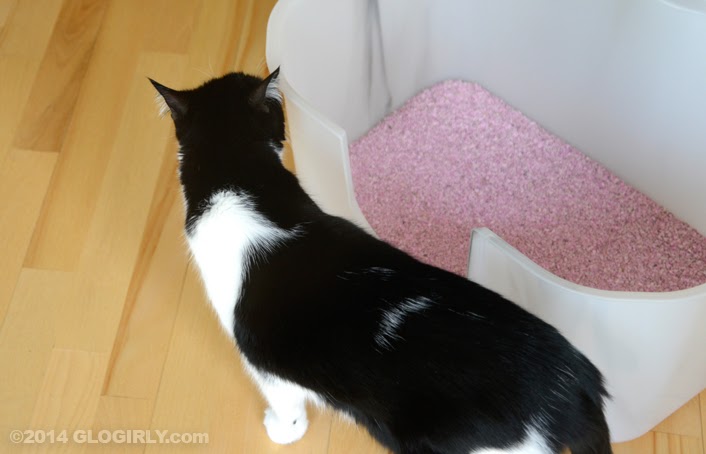 KATIE:  Go ahead Waffles. As long as you're ok with doing your stuff in PINK. Doesn't strike me as very "mancatly" though. 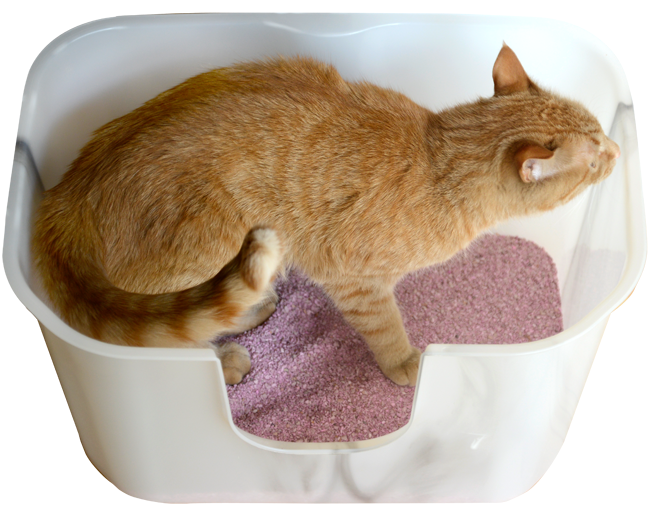 KATIE:  Waffles! Have you NO manners?

WAFFLES:  What do you mean? I'm going inside the box just like you told me.

KATIE:  Yeah, in front of the WHOLE WORLD!


KATIE:  *rolls eyes* I bet the pink litter people would have never contacted us about trying out their litter had they known that you-know-who would be doing you-know-what right here for everyone to see.


Simple Solution 30-Day Test Run
For the past few weeks, Waffles and I have been trying out the new Simple Solution 30 Day Super Absorbent Cat Litter.  Not only does it make things more colorful, this litter has some unique and impressive characteristics that we're tickled PINK to share.


What Makes PINK So Unique?

1.  No Liquid Scooping
Yes you read that right. The most unique characteristic of this litter is the fact that it doesn't clump liquids but rather it absorbs them. You just pour one box of litter into your box, and for a whole 30 days all you need to scoop is the poop. I know, it sounds crazy...but it really works!

2.  Super Absorbent
It's about 300% more absorbent than many traditional litters, which is one of the reasons it works so well at eliminating the need for scooping your #1 business. 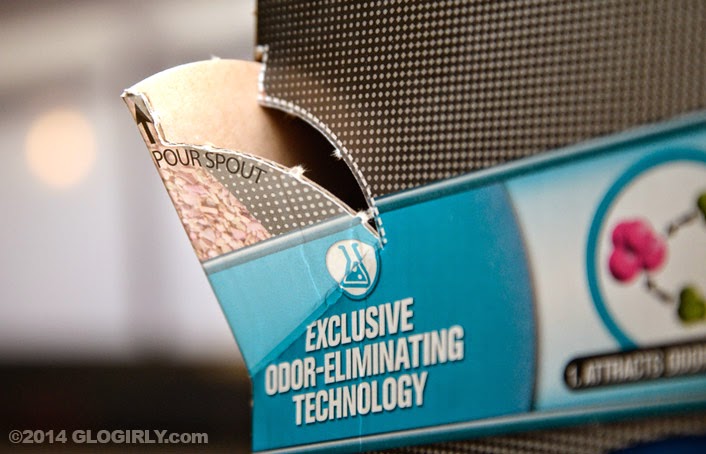 3.  Lightweight & Easy to Pour
One of Glogirly's pet peeves is super heavy, gigantic tubs of litter that are impossible to pour without making a mess. Simple Solution is about 1/2 the weight of traditional clay litters. But the REALLY big win is the way in which they've designed the box. There are two handles, one on the top, one on the side and a very handy "easy-pour" spout. Opening, lifting, and pouring were a breeze and no HBO words were involved whatsoever.

4.  Low Dust & Paw Gentle
Although not completely dust-free, there was much less dust than many of the clay and biodegradable litters we've used before. The texture of the litter is paw-friendly and both Waffles and I took to the litter right away. ...though not at the same time. *wink*

5.  Light Fragrance
Although the litter does have a mild fragrance, it does not come off as overly perfume-y. But it is a stronger scent than some of the unscented clay litters and biodegradable formulas we've tried. When liquid comes into contact with the litter and it starts it's magic, the mild fragrance is somewhat noticeable, so like all of our litter boxes, Glogirly likes to keep them separated from the main living area of the Townhouse. 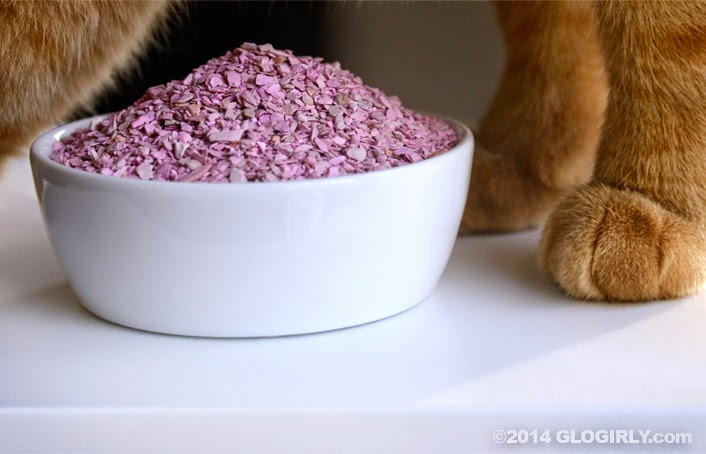 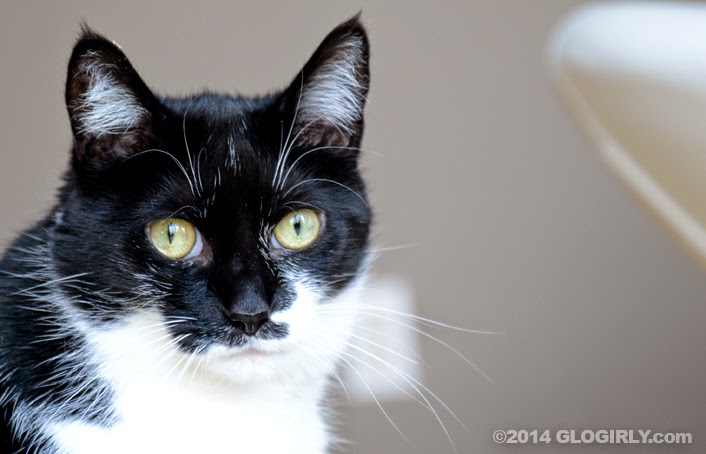 So What's it Made Out Of?
Simple Solution is a clay litter, but unlike other clay litters, which are made from bentonite, Simple Solution is made from pure attapulgite clay, a unique lightweight mineral that quickly attaches to, absorbs and traps moisture and odor.  The combination of this particular clay and an exclusive odor-eliminating technology permanently neutralizes orders, as opposed to just masking or encapsulating them. We've put it to the test and can tell you that's absolutely true. Our litter room is fresh as a daisy.

Choice
While we're no experts here, we've used just about every variety of litter we can think of. It seems there are pros and cons to every kind out there. We also realize that like food, treats...well really anything, it's a personal choice and we'd never tell you what kind of food to eat or what kind of litter to, well... you know.

When given a choice of litters to use, both Waffles and I used the Simple Solution litter more frequently than one of the biodegradable formulas we have in the same litter room. And we used it about the the same amount as another clay version we have. 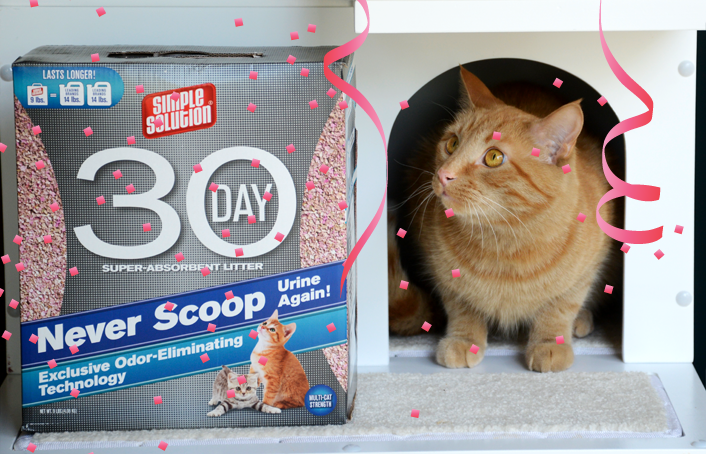 A PINK Giveaway for You AND Your Favorite Shelter!
The generous people at Simple Solution are so excited to have you try out their litter too, they're giving SIX GLOGIRLY readers each a 15 pound box of litter!  AND they're doubling the prize so each winner can select a US 501(c)(3) shelter to receive a 15 pound box of litter too! That's 180 pounds of PINK... WIN-WIN!

The giveaway is open to US and Canada residents, though everyone worldwide is invited to enter. Overseas winners may gift their prize to a friend or additional shelter.


FTC Disclosure: We received a box of Simple Solution 30-Day Cat Litter no charge to try out and review. We also received a small fee to cover the time it takes to take photos and write the review post. Receiving the free litter and the fee did not influence our article or anything we say.  All sponsored posts on GLOGIRLY will always reflect our honest and unbiased opinions.