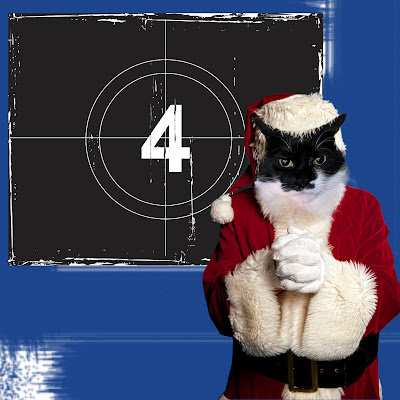 Hi everyone, Katie here.
Welcome back to the countdown! Only FOUR days left.
I keep telling Glogirly "enough already" with the sappy sentimental stuff. She just keeps telling me that this time of the year it just happens. Just when I'm having the most wonderful dream about a giant tub of freeze dried salmon, she goes all sentimental on me.
This week we are reflecting on the special people that have influenced us. Friends and family that have made our own little world a better place. Today is dedicated to teachers.
Glogirly loved school. She was a very good student and was always proud to bring her report cards home to her mom and dad. At one point, she even wanted to BE a teacher when she grew up. That was way back in third grade. Part of that dream began with a very special teacher, Christine Cairns. She was Young Glogirly's third grade teacher. 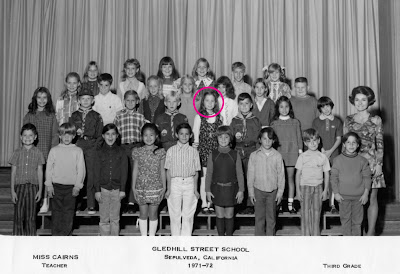 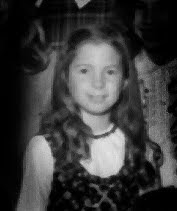 Young Glogirly
close up from class picture above
Young Glogirly looked up to Miss Cairns. (pronounced like Karen's) She made learning fun and recognized something special in Glogirly. In third grade, Miss Cairns taught the class cursive handwriting. Glogirly's artistic flair made her a natural. She loved making the loop-de-loops and graceful curves. Miss Cairns had beautiful handwriting. In particular, her signature was very distinctive. She signed her name, Christine Cairns, with two identical and very decorative capital C's. Each C had a large loop at the top and the bottom, just like the C in Cadillac's logo. Glogirly practiced this again and again. She wanted it to be perfect. She wished her name began with a C so her signature could be just like Miss Cairns.
It was hard leaving Miss Cairns when fourth grade began. Mrs. Beatty was nice, but she was no Miss Cairns. As summer approached, Glogirly learned that Miss Cairns would be teaching summer school. Arts and crafts. Glogirly signed up right away. 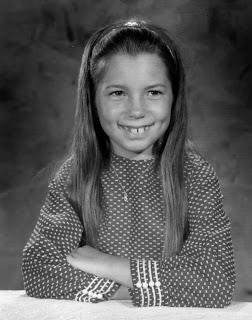 Young Glogirly's Third Grade School Picture
Look at those teeth!
It wasn't long before her dad came home from work one day with big news. He asked Young Glogirly and her mom what they thought about moving. His company wanted to transfer him from California to Minnesota for a new job opportunity. Glogirly asked it there was snow in Minnesota. She jumped up and down when he said - Yes, there's snow alright. Glogirly's mom didn't have quite the same enthusiasm for the cold white stuff. But the family agreed it was the right thing to do. This wasn't the first time they had moved. Moving was an adventure though and adventures always led to new and exciting things.
The big move would take place that summer just before the fourth of July. This meant that Glogirly would have to leave summer school early. She'd have to say goodbye to Miss Cairns.
Her last day of summer school came and after class Miss Cairns asked Glogirly if she would like to celebrate by going out for pie and then a ride home in her car. You'd have thought she asked Glogirly if she'd like to win the Miss America pageant or pick out a dozen brand new Barbie dolls.
Miss Cairns walked Glogirly to the teachers parking lot where her brand new two-door Gran Torino was parked. It was purple metallic with a bright white vinyl roof. The wheels were shiny chrome with sporty spokes. Glogirly climbed inside and settled into the white bucket seats. On the glove box was a plaque that read "Purple People Eater." Miss Cairns was very proud of her new car and Glogirly thought she had to be the coolest teacher in the entire world.
They drove to the International House of Pies. Glogirly had a piece of cherry pie and a glass of milk. She was on top of the world with her idol, the best teacher ever. 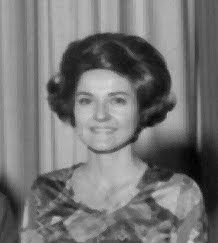 Miss Christine Cairns
Miss Cairns drove Glogirly home to the little house on Odessa Avenue. She gave Glogirly a big hug and they both cried and cried as they said goodbye. Glogirly has never forgotten Miss Cairns. She never will.
Labels: Christmas Countdown, GLOGIRLY-Tails Of A Cat And Her Girl, Miss Cairns, Teachers