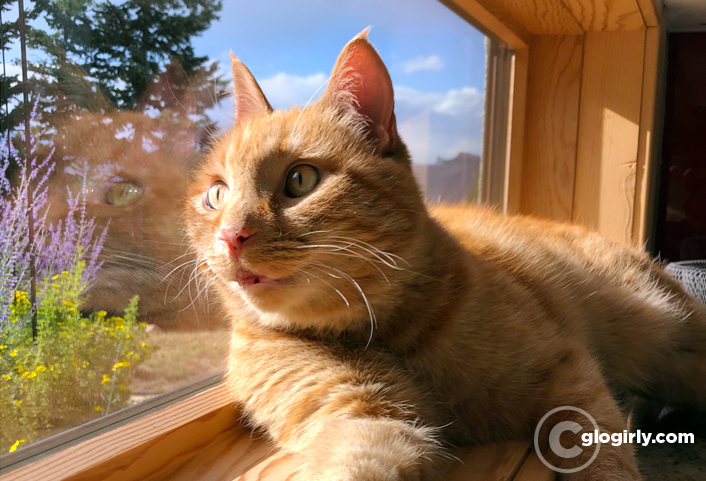 WAFFLES:  Hey Boss, you should check out the Kitchen Window Channel. The hummingbirds are on AND there's a cool new show called The Chipmunks Eating Glogirly's Flowers. Should I DVR it for you? KATIE:  Waffles, you do realize that you're laying on the kitchen counter, right? 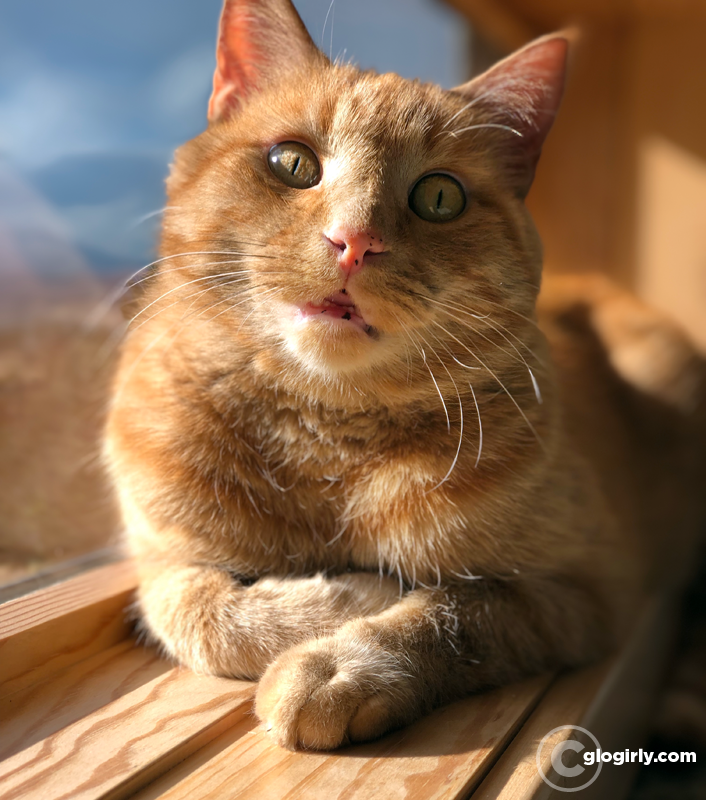 KATIE:  That you had to jump on the kitchen counter to get to.

WAFFLES:  It's not my fault the kitchen counter's on the way to the windowsill. 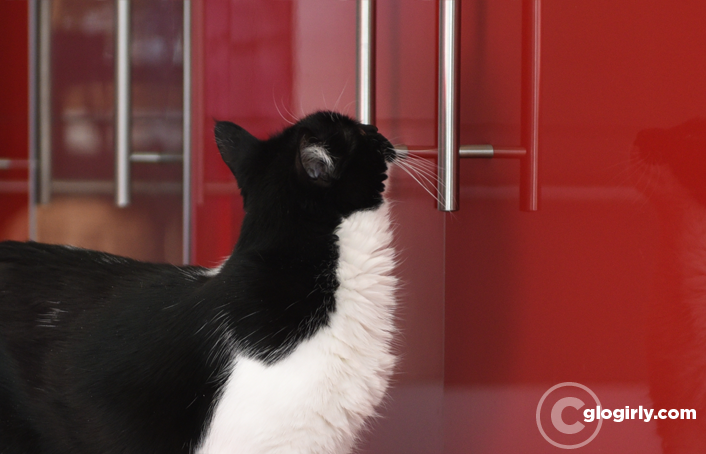 KATIE:  But you do realize you're not supposed to jump on the kitchen counter.

WAFFLES:  I didn't really jump on it, Boss. I was just passing through.

KATIE:  Fine, you're not supposed to pass through the kitchen counter either.

WAFFLES:  Duh, Boss. I'm not David Copperfield. I can't magically walk through the counter. It's made out of super heavy granite rock stuff, you know. 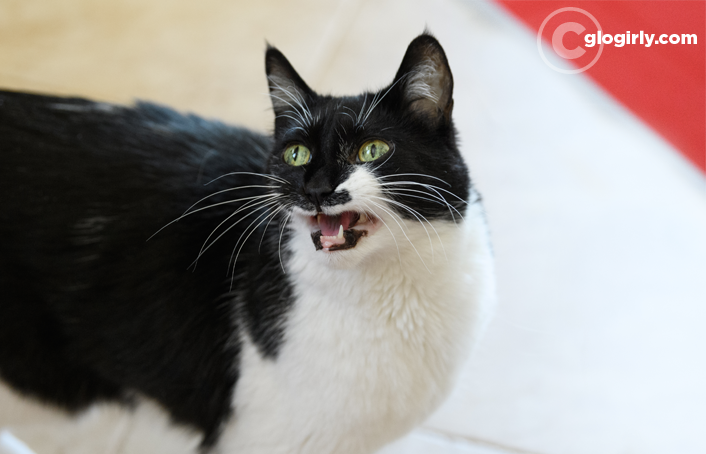 KATIE:  Well you can't magically hover over it either. The Best View In the House
Apparently, the best windows in the whole house, if you're a cat, are also the smallest. We have windows in the kitchen that run along the front of the house. They're only about 12" high and sit right at counter level and underneath the upper cabinets. They look out over Glogirly's perennial garden and flower pots. The windows face west and get the glorious afternoon and early evening sun.

And they are Waffles' new FAVORITE windows.

Lately, there's been a flurry of activity for his viewing pleasure. Hummingbirds, butterflies, bees, bunnies, and some VERY brazen chipmunks and squirrels.

Glogirly thinks they're out to get her. And her flowers. There are SO many chipmunks and squirrels, it's like they're in a gang or something. Every morning, they leave stems of shredded flowers by the kitchen door just to taunt her. When Glogirly tried spraying some of the flowers with peppermint, they raised such a ruckus we could hear them even with the windows closed.

Some neighbors recommended dusting the flowers with cayenne pepper. It was like Glogirly set up a free taco bar. You'd think she was serving margaritas in the water dish she keeps out for them.

She's replaced her potted flowers more times than Waffles can count. (which is still quite a lot) She's just about given up. When she told Gloman about the whole saga, he said that at least the flowers were going to a good cause. LOL!
Labels: GLOGIRLY-Tails Of A Cat And Her Girl