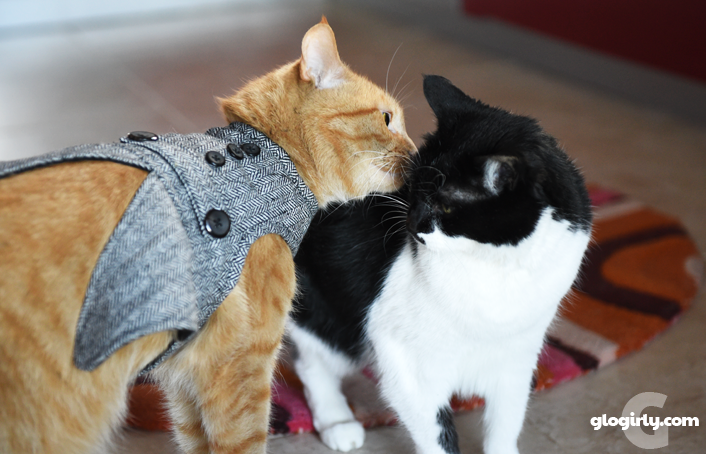 KATIE:  That would be a big NO. 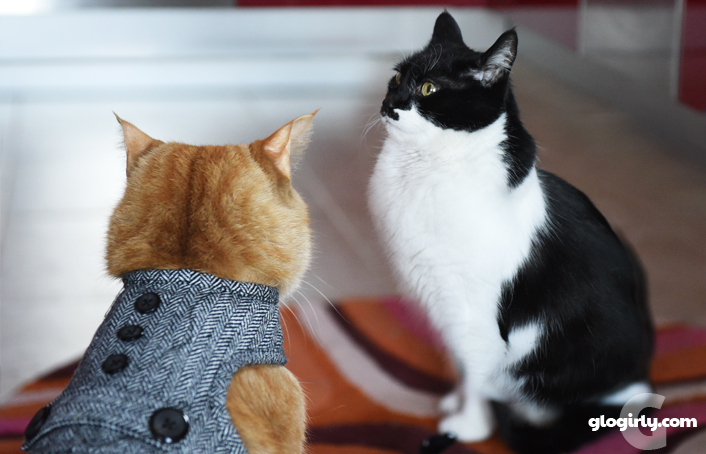 WAFFLES:  But isn't everyone supposed to kiss on their anniversary and stuff? 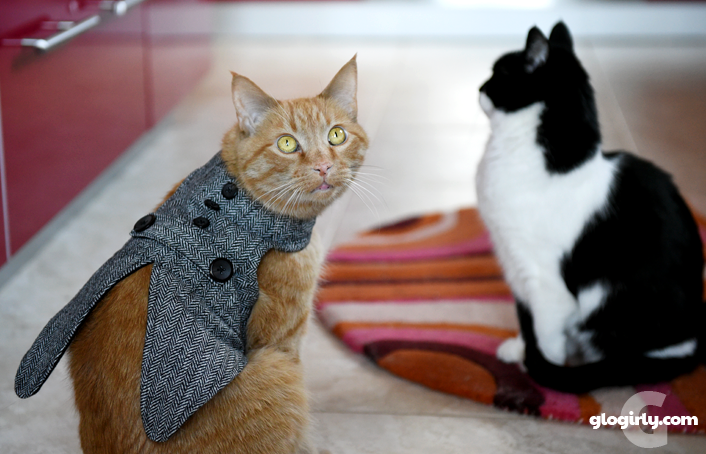 WAFFLES:  Sheesh, Boss. I got all dressed up and everything. Are you sure–

KATIE:  Waffles, it was Glogirly and Gloman's anniversary. Not ours. We're not even married. 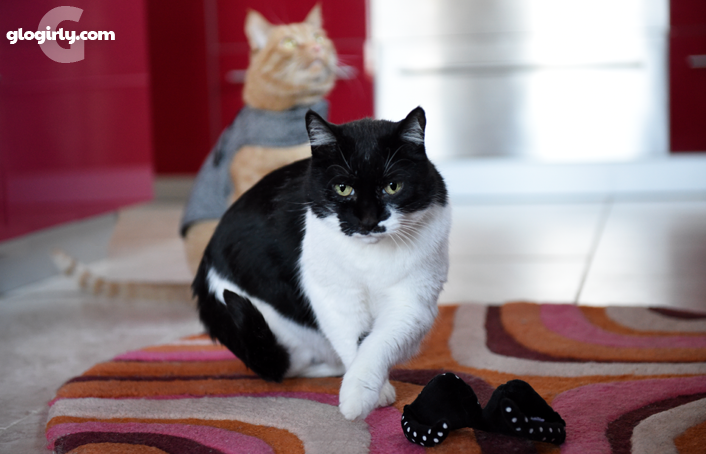 Thank You SO Much!
Glogirly and Gloman want to give our friends and readers a BIG thank you for all the wonderful anniversary wishes and comments here on our blog and on Facebook.

Everyone had a wonderfully relaxing weekend with so much love to go around.

On Sunday of this week, their actual anniversary day, they celebrated at one of their favorite restaurants in Denver.    Late in the afternoon, a big thunderstorm made its way through the mountains. Just before they left for dinner, this happened - 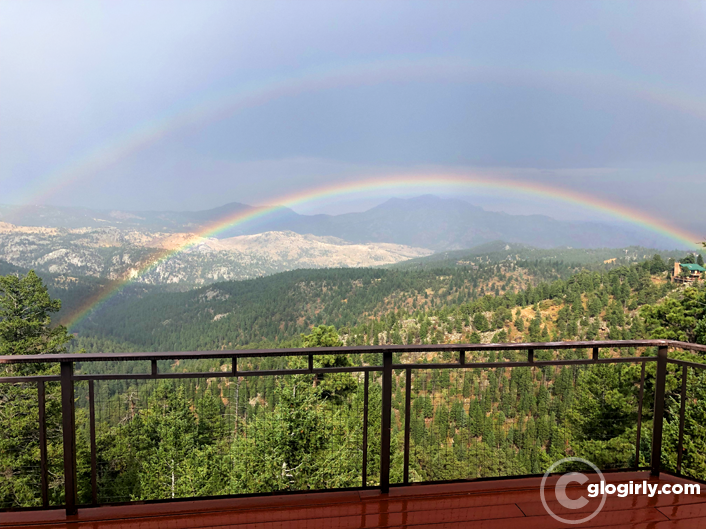 Right outside our windows off of our back deck, was a HUGE rainbow. And if that wasn't glorious enough, a second rainbow appeared. They were so close we could almost touch them.

If rainbows had a name, these would be called Glogirly and Gloman. 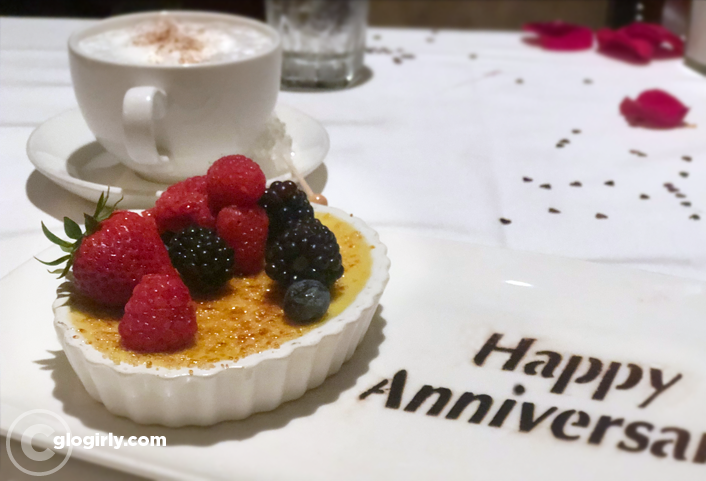