What Happens In Vegas - Suitcase Inspection 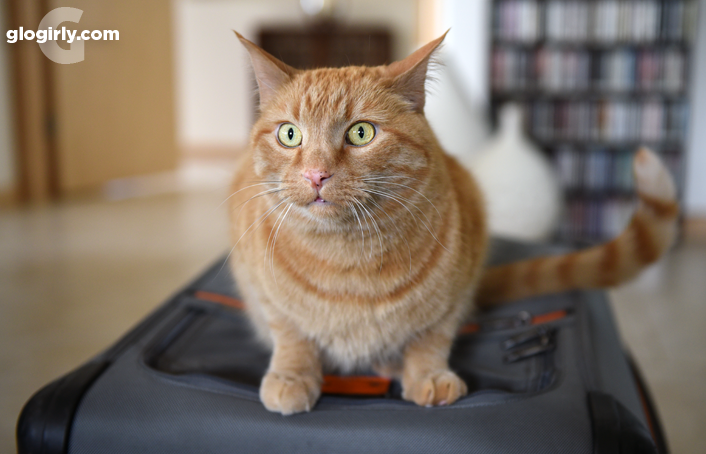 KATIE:  That's because it came all the way from Las Vegas. 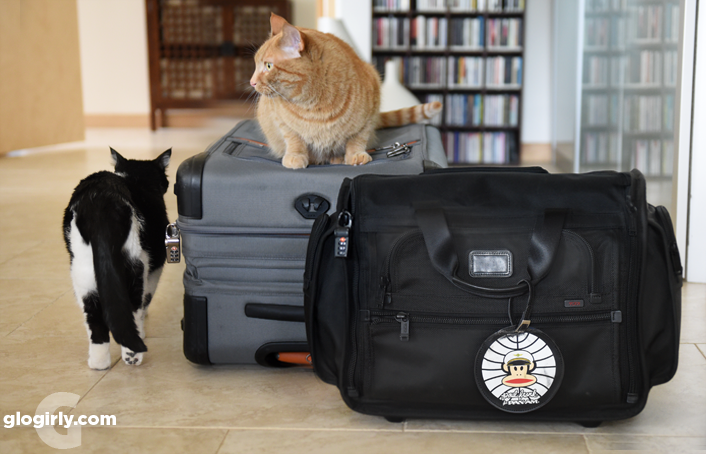 WAFFLES:  But I thought they say what smells in Vegas stays in Vegas.

KATIE:  No, it's what happens in Vegas. 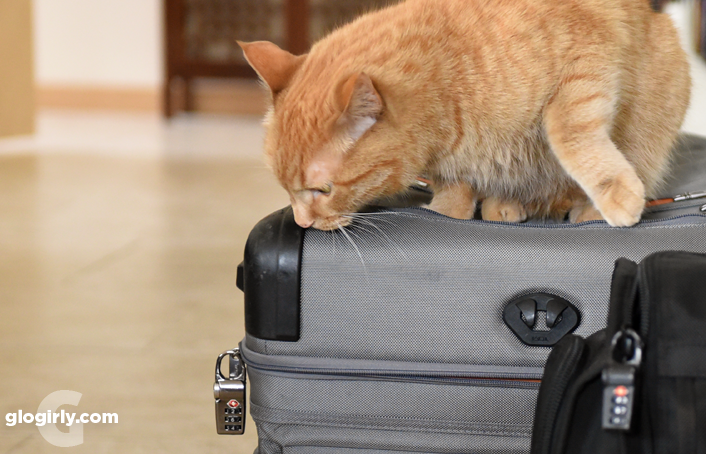 WAFFLES:  Well whatever happened in Vegas really smells. You don't think there's some Vegas inside here, do you Boss? 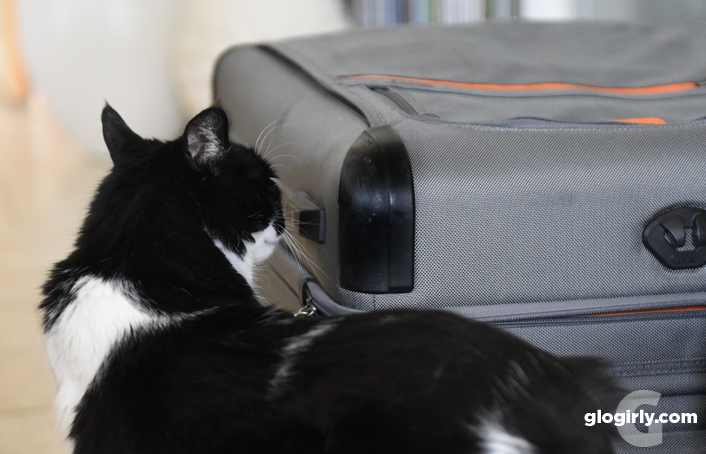 KATIE:  I sure hope not. 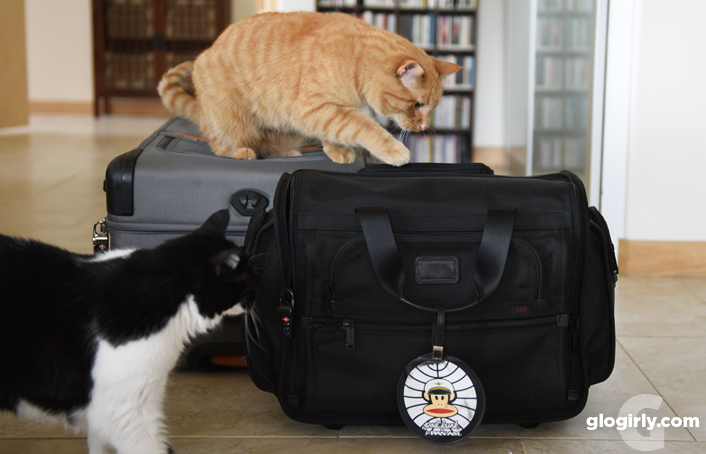 WAFFLES:  I better check it out.

KATIE:  Well, suitcase inspection is your area of expertise. 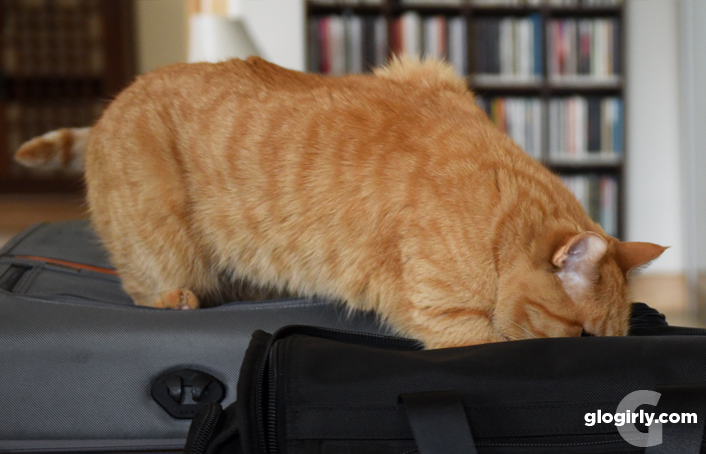 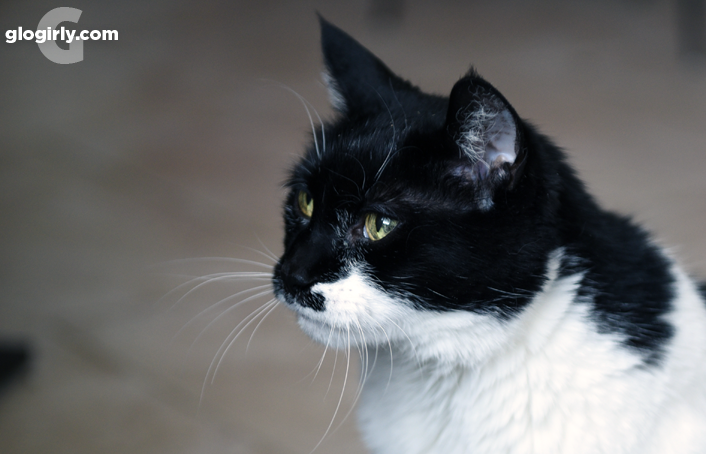 
Leaving the Cats for Las Vegas

Glogirly left Katie & Waffles for the first time since we moved to Colorado! She went to a family wedding in Las Vegas last weekend. Our neighbors tag-teamed cat-sitting duties. David took care of all the breakfasts and Over-the-Hill Bob served dinner and provided daily updates and photos.

Katie and Waffles did great and made quick work of cleaning their plates each and every day.

There were photo ops all weekend and on the big day, Glogirly and Gloman rode around with the wedding party in a stretch Hummer while they stopped at landmark locations in and around Las Vegas for photos. From the desert salt flats to the Smith Center for the Performing Arts to the Graceland Wedding Chapel to Lake Las Vegas where the ceremony took place, to the late night Bellagio fountain show on the strip...they were everywhere. 16+ hours and 2,650 photos, most in 95 degree Las Vegas heat. Phew!

The day after, they celebrated by turning the a/c down in their room to 60 degrees, taking 6-hour naps, and ordering room service for dinner. 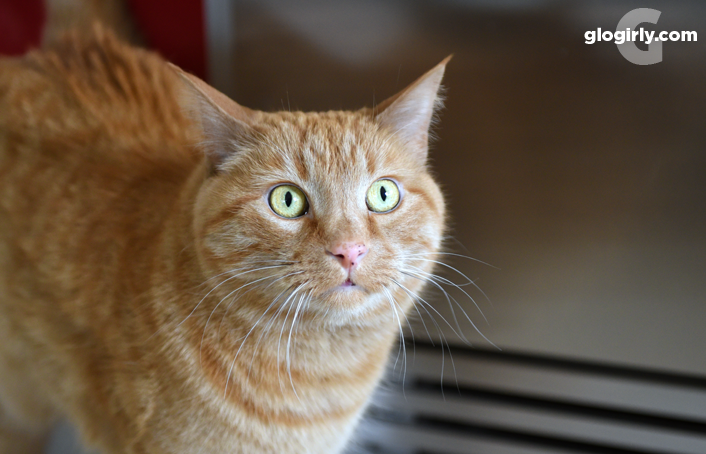 WAFFLES:  Did someone say room service???