May Snow Cats & Scenes From Our Spring Snow 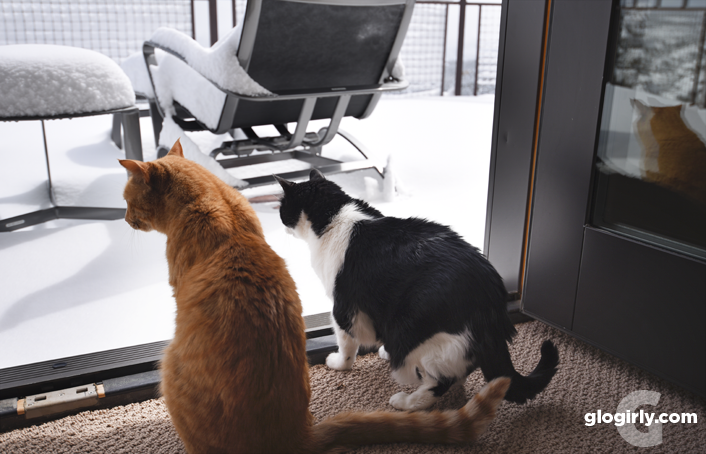 WAFFLES:  What's with all this white stuff, Boss? Did someone spray Glogirly's whipped cream all over everything? 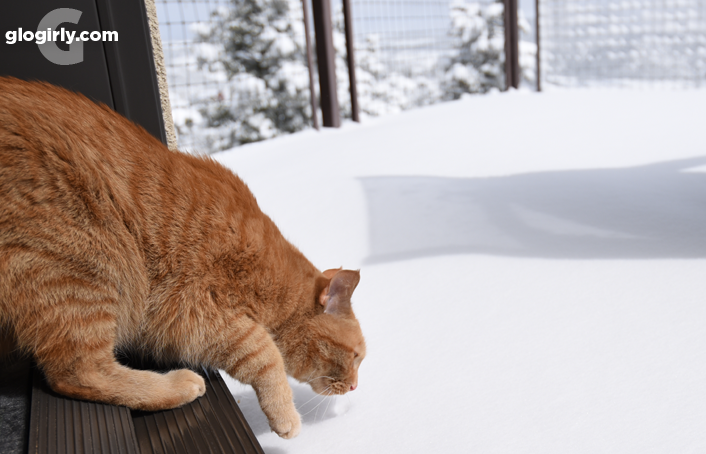 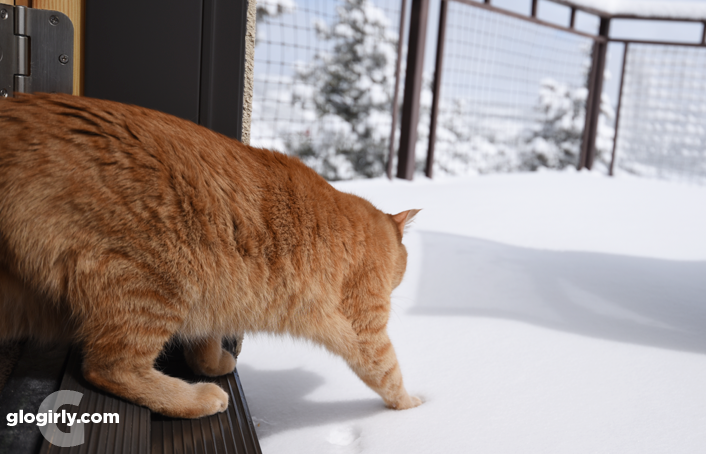 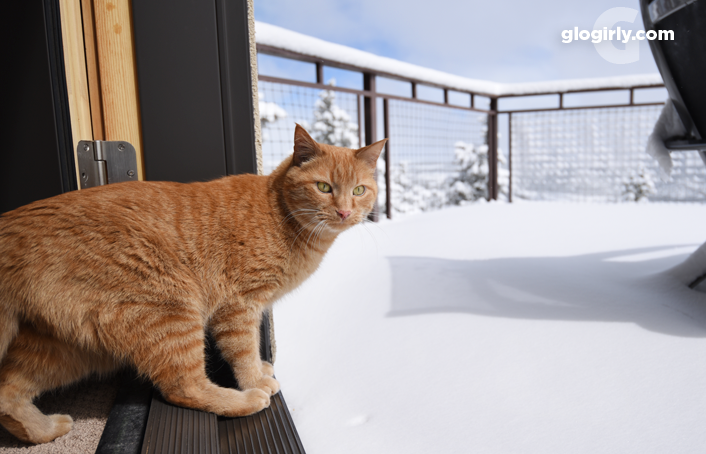 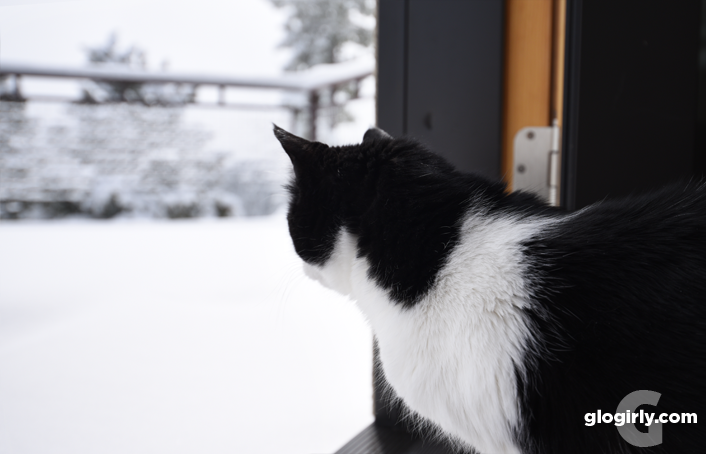 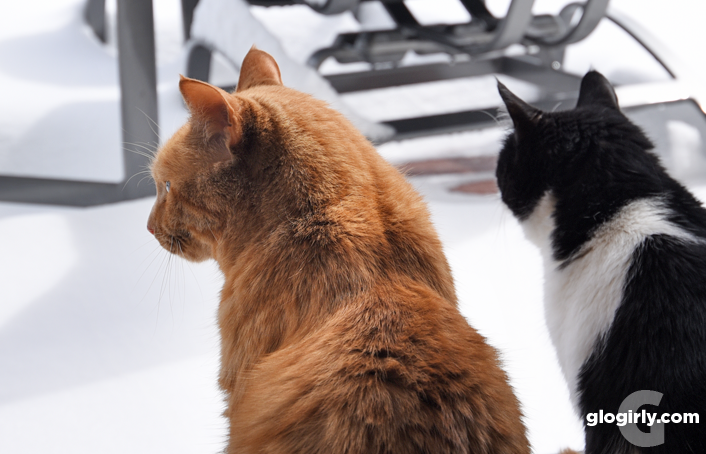 WAFFLES:  So where's my cherry on top?

We're continuing to ride the weather rollercoaster here in Colorado. Just a few days ago, Glogirly was wearing her sandals but Tuesday morning she had to trade them in for her snow boots. 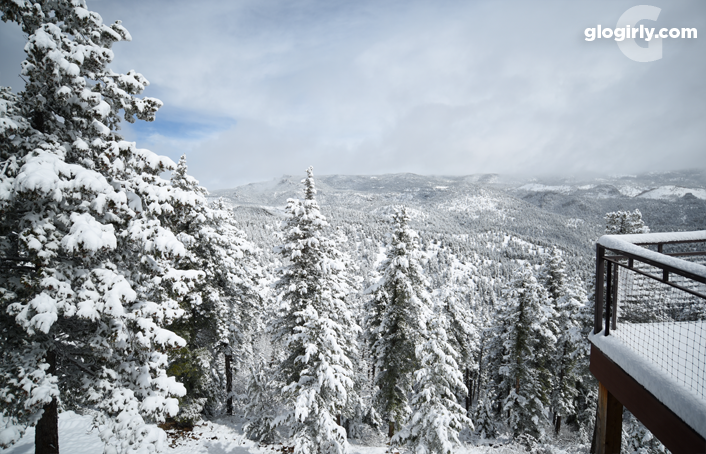 From the Rocky Mountains down into Denver, just about everyone woke up to at least a little of the white stuff Tuesday morning.  We had about 5" and are expecting a little more throughout the day. 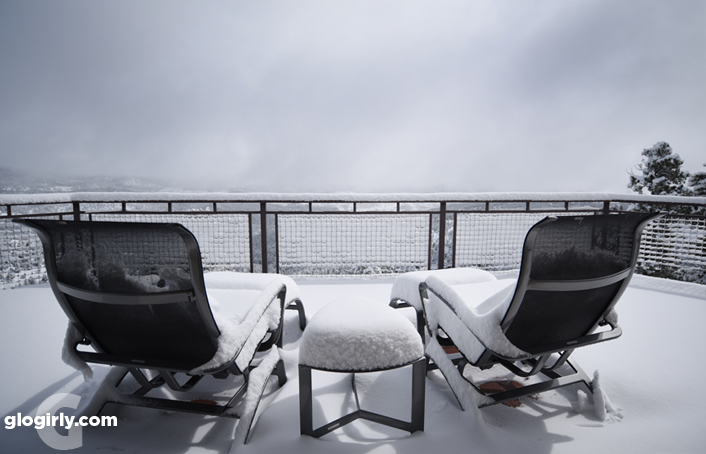 No one is complaining though! Even in the spring, when the snow falls in the mountains it's like the beautiful landscape has been tucked into a blanket of sparkly, white magic. All this moisture is a wonderful thing when it comes to summer and fall wildfire risk too. 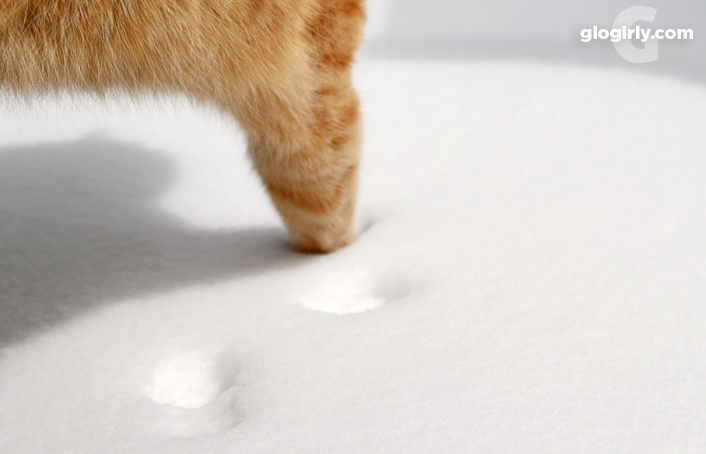 Waffles, who has a reputation for being scared of snow on his paws, even ventured far enough out our deck door to get both of his front paws covered before Glogirly pulled him back inside.

Our hummingbirds have been here for over a month already and have proven to be very resilient troopers. 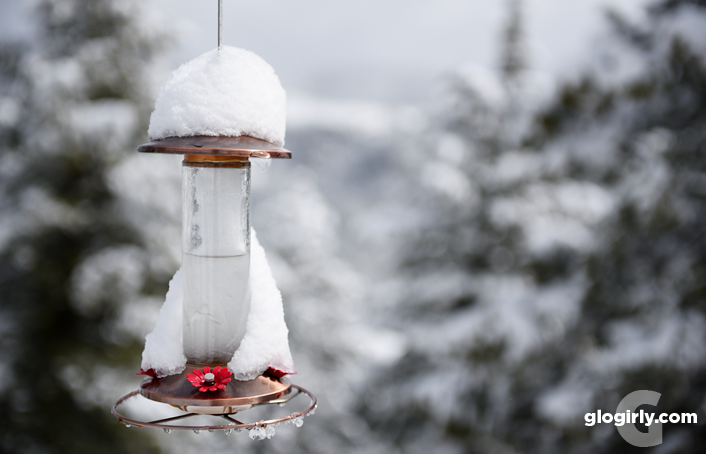 Just after Glogirly took these photos, they were back at the feeder sipping their favorite sugar cocktail. 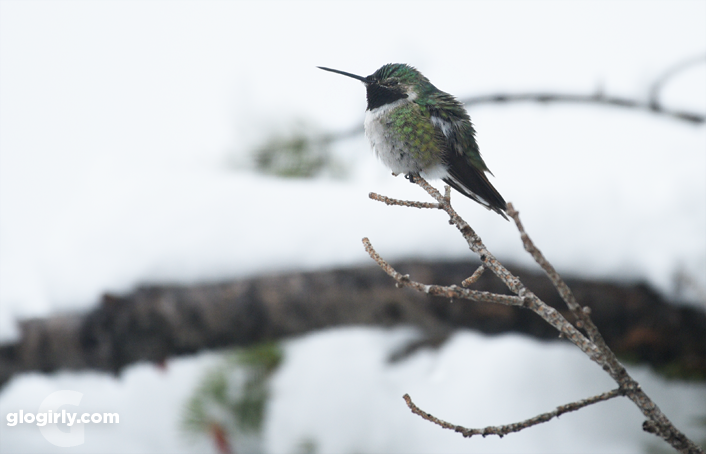 Despite the heavy, wet snow, our road is nice and clear, thanks to our neighbor. So bring it on down, FedEx! 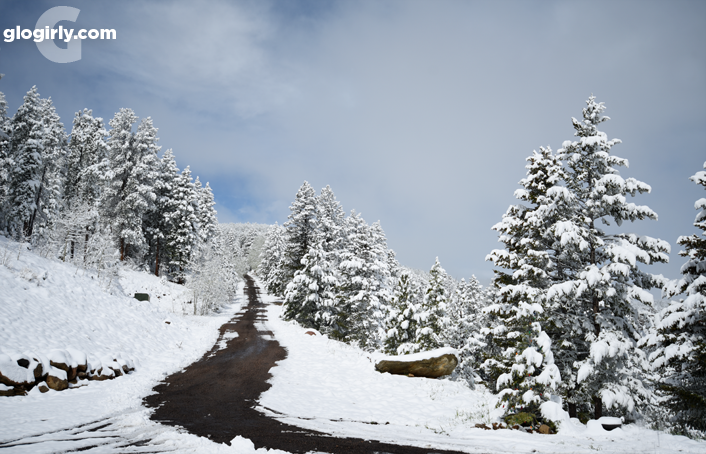