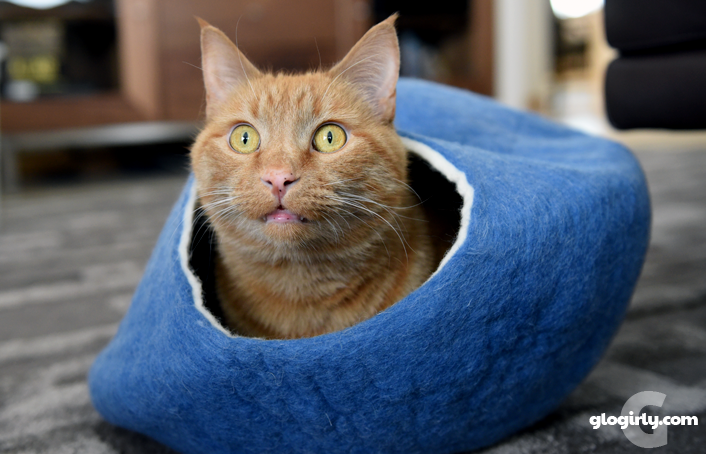 WAFFLES:  Uh oh...the Boss is coming. I bet she wants my blue pod. 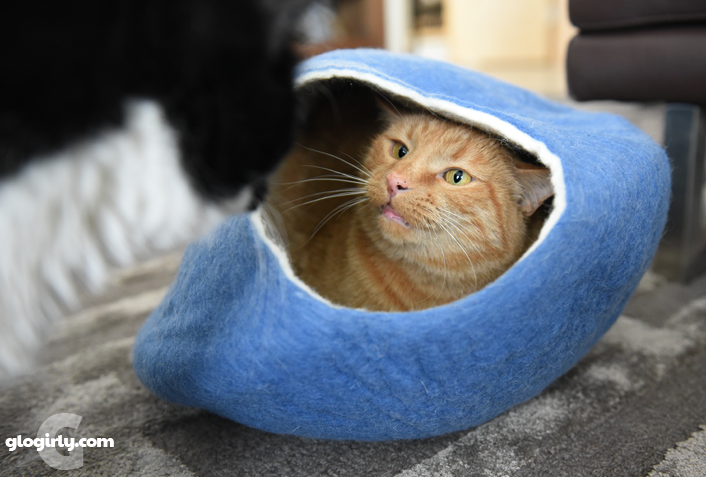 KATIE:  YOUR blue pod??? Waffles, why is it that every pod in this house is yours? We've got more pods than you can count. Ok, you can barely count, so that probably doesn't mean much. But we've got a pink one, a blue one, a white one, a brown one...and still, somehow they're all yours. 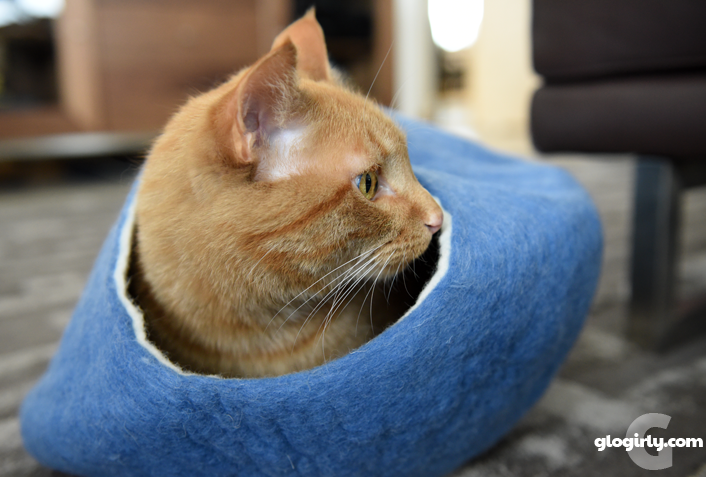 WAFFLES:  You forgot about the orange one, Boss.

About Today's Photos
One thing's for sure about Waffles - he's Katie's biggest fanboy. Whatever she has, he wants. Wherever she is, he wants to be.

This is funny - Just about two years ago, we were driving back from Minneapolis to Colorado after visiting Gloman. After a few hours in the car, we stopped for gas and bathroom breaks. That included Katie and Waffles. With the car doors safely shut, Glogirly reached around back to let them out of their Sleepypod carriers so they could explore the car and hopefully use the litterbox that sat in the far back of our hatchback.

Katie popped out of her pod right away and wasted no time taking care of business.

Waffles jumped right out of his pod too. But instead of exploring the car, looking out the windows or venturing back to the litter box, he hopped into Katie's pod and settled right in. He had no intention of getting out.