Waffles is Meowing in Tongues #FridayFlashback 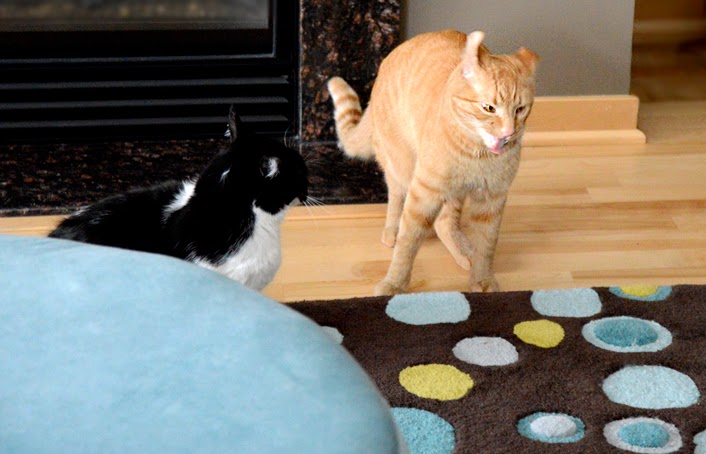 KATIE:  OMG Waffles! What are you doing???

KATIE:  Jeez, Waffles. Get a hold of yourself. 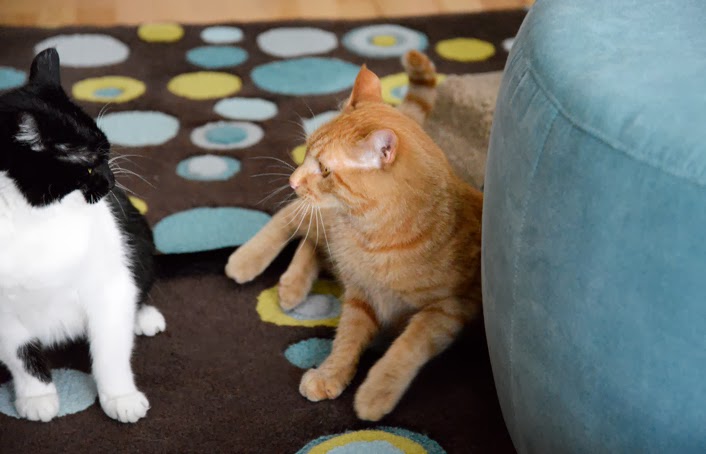 WAFFLES:  I was just meowing in tongues, Boss.

KATIE:  Do you even know what that means?

WAFFLES:  Yeah. It's when you meow when your tongue sticking out. 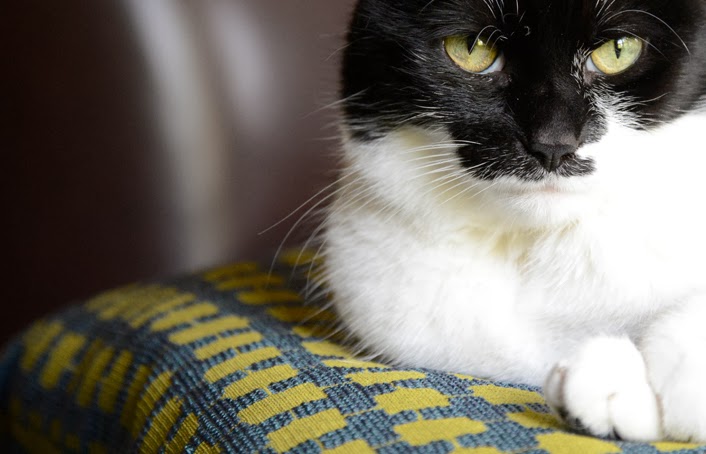 KATIE:  That doesn't explain those EARS.

About Today's Photos
Today's photos are from WAY back in 2014 and feature one of those rare moments when Glogirly actually captured Waffles in one of his "moments." He was only two years old and just discovering how fun it was to zoom around the house and use his voice.

Even though he's five years older now, Waffles still goes a little nutty for no apparent reason and without any sort of warning. One minute he's napping in his Sleepypod and the next he's breaking speed records, zooming through the house and banking off the walls. It's especially funny when he hops straight up in the air, runs sideways, and makes his funny chortling, trilling meow sound.

Glogirly giggles and Katie just stares. Oh to be inside Katie's head!