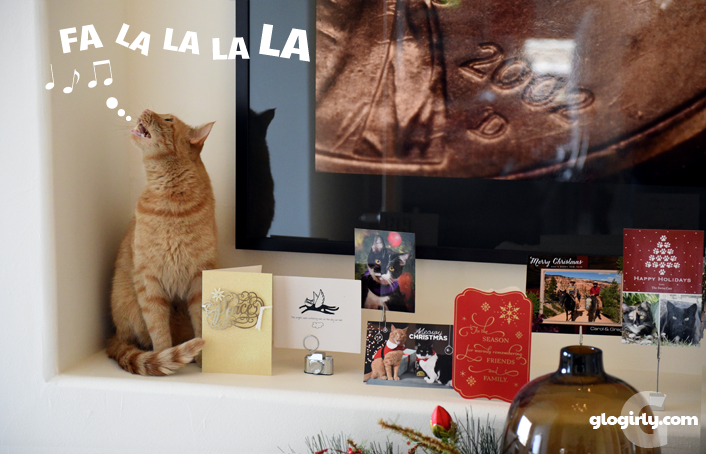 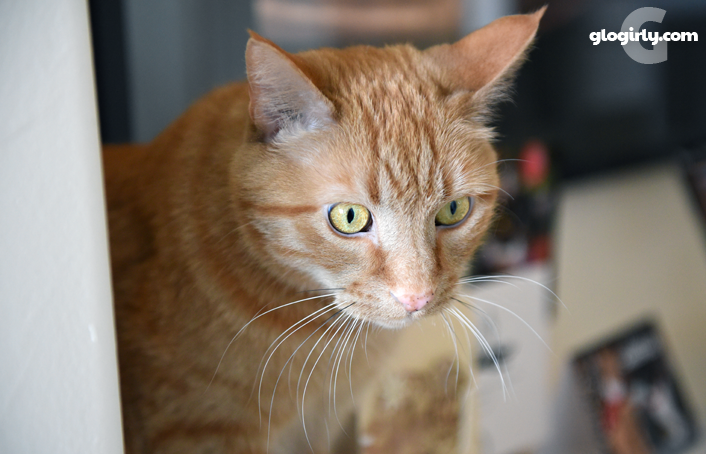 WAFFLES:  So Boss, what does Fa-la-la mean, anyway? Is it like French or something? Maybe French for chicken or some kind of delicious snacks? 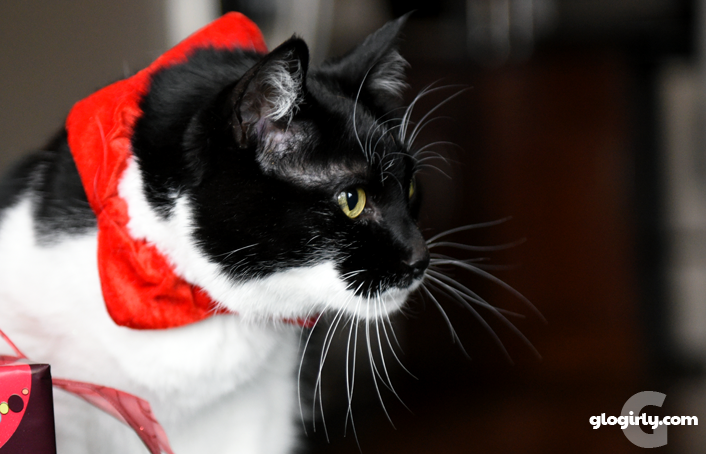 KATIE:  It doesn't mean anything, Waffles.

WAFFLES:  No way, Boss. That can't be right. Santa would never write a song about nothing.

About Today's Photos
We've started displaying all the holiday cards we've received from friends, family and fellow blogging cats. And Waffles has taken to displaying himself next to them. 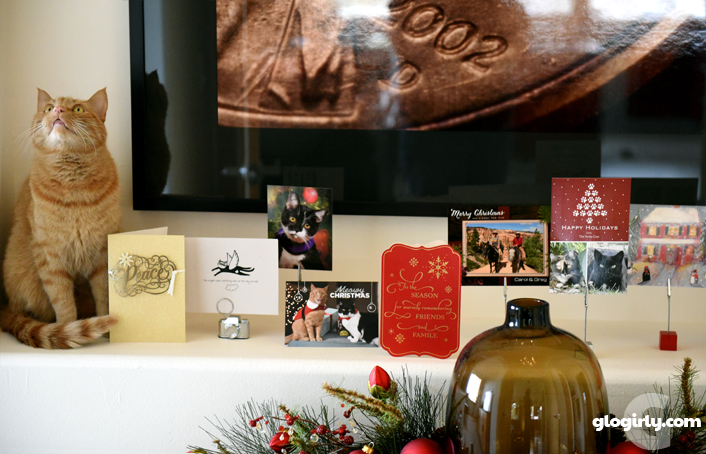