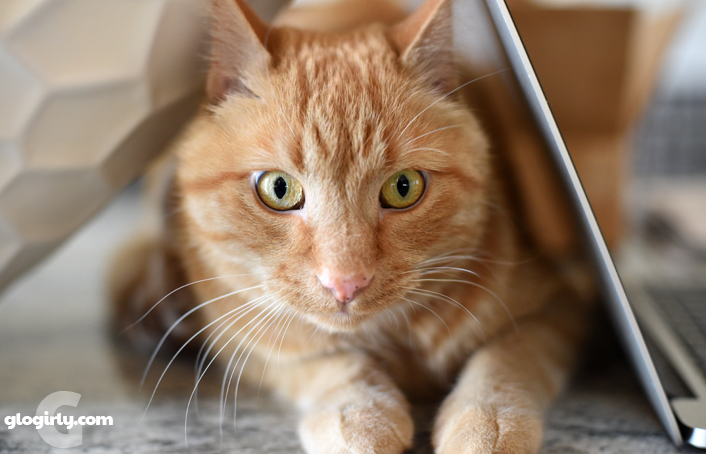 WAFFLES:  Hey Boss, did you see? Glogirly is playing in her litter box. And it's HUGE!

KATIE:  That's not a litter box, Waffles. She's working on the perennial garden in front of the house.

KATIE: Seriously, Waffles. I really doubt Glogirly is going to use her flower bed as a, well... you know. 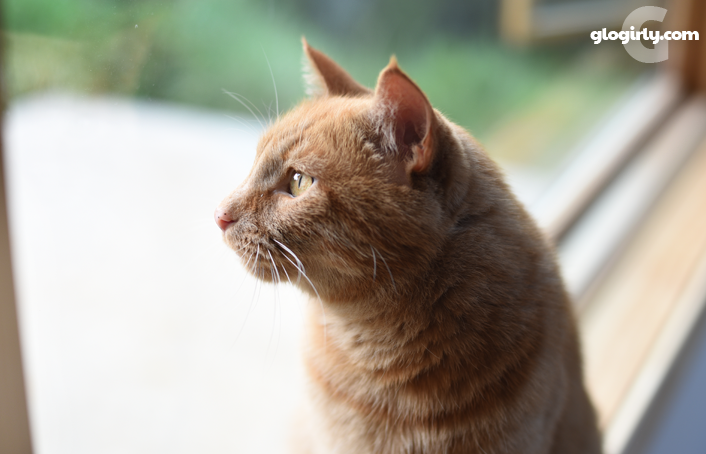 WAFFLES:  Now she's covering something up! 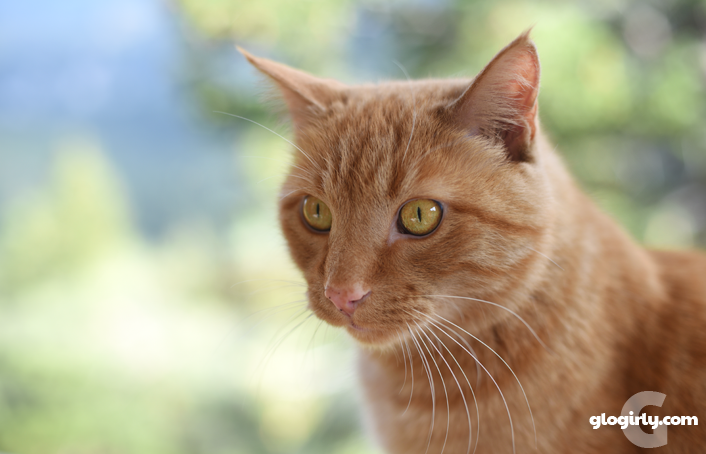 WAFFLES:  This gardening stuff looks pretty fishy if you ask me.

KATIE:  I guess it's a good thing I didn't ask you.

Digging Up Some Dirt
We're pretty sure the spring snowstorms are behind us so Glogirly spent the day cleaning up her perennial garden by getting rid of the old mulch and dead leaves to make room for the fresh new growth. She just planted the garden last summer, so this is the first year for the plants to come back. For the most part, everything is looking good. Just a few smaller flowering plants look like they may have not made it.

All that digging around, right in front of the kitchen and dining room windows, had Waffles a little concerned though!

It's still a little early up at 8,000 feet for things to be in full bloom. Once things start looking pretty-pretty we'll be sure to share some photos.