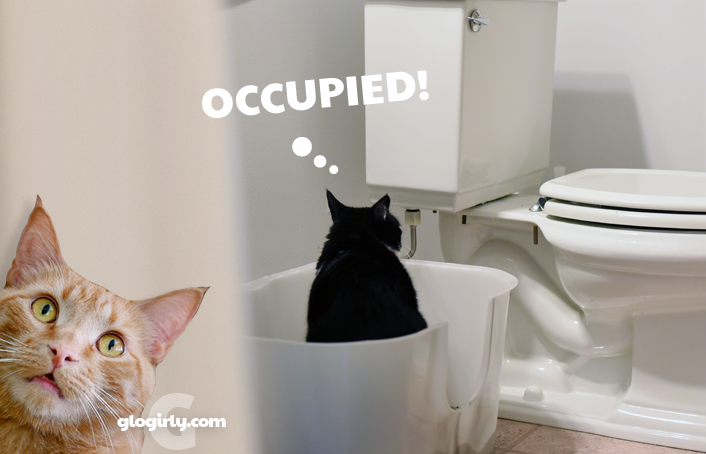 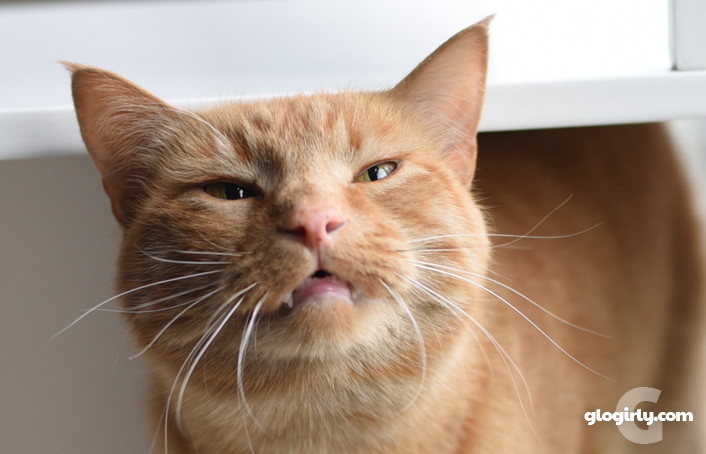 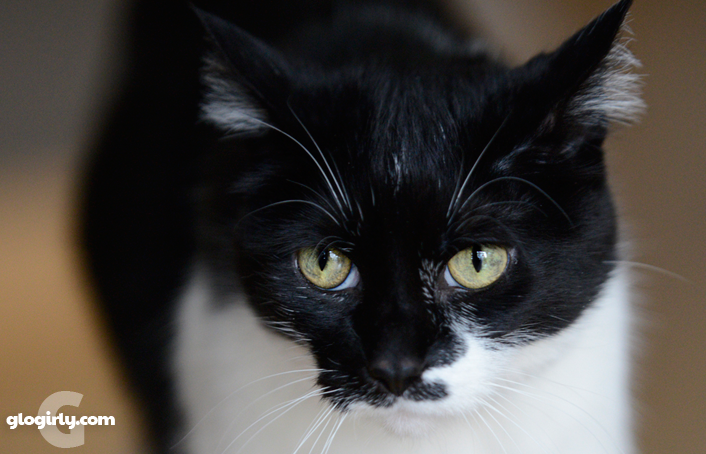 KATIE:  What exactly are you saying, Waffles?


Stank Face: The universal expression of disgust often caused by litter box odor
This summer, TidyCats is partnering with actress and cat-lover Angela Kinsey (best known for her role as cat lady Angela Martin on NBC's 'The Office') on a public awareness initiative to shed light on Stank Face and how their new TidyLock™Protection technology can help to combat it's ill effects by better locking away the odors that so often lead to scrunched noses and squinty eyes.

As part of the TidyInsider program, Glogirly had an opportunity to interview the real cat lady behind the cat lady. Turns out Glogirly and Angela have quite a bit in common... from Stank Face to much more. 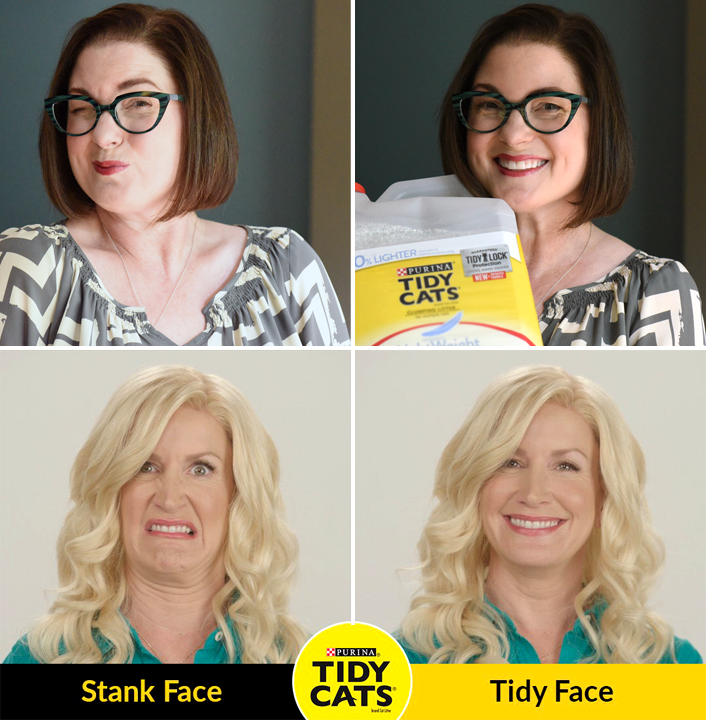 Glogirly & Angela - A Conversation About Cats, Compassion & Laughter
I had a chance to chat with Angela a couple of weeks ago about her cats and her own Stank Face experiences. But the universe had different plans. After quick introductions, the brightness in her voice diminished as she told me her dear cat Otter had just passed away. I could just feel the hurt and loss in her voice and my heart broke for her. So we spent some time talking about her Otter. Her heart cat.

Angela: "Pets become healers and buffers to our world."

Otter was her constant. By her side since her 20s, from tiny apartment to tiny apartment, Otter was right there. Otter was there for Angela when she was alone and just starting out. And with her as she enjoyed successes and milestones in her career, playing Cat Lady Angela Martin on NBC's The Office,  and in her family life, including the birth of her daughter Isabel, now eight years old.


The way she talked about Otter reminded me so much of Nicki, the cat that came before Katie & Waffles. Nicki and I moved six times together in his short little life. It was a time that I too was just starting out and was alone. I don't know what I'd have done without him. Like Otter, Nicki was my constant too. By my side as I grieved the loss of my mom and right next to me as we moved to unfamiliar cities to begin new jobs and adventures.

Adopting Otter
Almost 20 years ago, Angela went to Much Love Animal Rescue in Santa Monica, CA to adopt a cat. One cat. At least that was the plan. A sweet little girl named Lucy curled up in her lap and essentially picked her. I think we've all been there. That moment you just know that you were meant for that cat and that cat was meant for you.

There was a catch though. Lucy had a brother. And the shelter wasn't going to split them up. Peering out from the corners was this kind of crazy looking cat. Wild eyed and perhaps still a little bit feral. That was Otter.

Angela to Otter: "I'm so sorry all these years I've been calling you a dude!"

Otter and Lucy, now sisters, were best of buddies for many years until Lucy passed away. In her later years, Otter loved her porch time. No longer a jumper or a climber, the enclosed backyard was like a slice of sunshine heaven where she could be happy and safe.

Otter was her heart cat.
And for her daughter, this was the first time experiencing loss. Our sweet pets, they teach us so much. Even in death.


Today Angela shares her life with Snickers and Oreo, her boyfriend's cats and two tiny rescue dogs. So tiny they're smaller than most cats. We talked about the awesome cat men in our lives and the joy it brings each of us to see the love they show them each and everyday through cuddles and conversations.

All of Angela's pets are rescues. "If you adopt from a kill shelter, you really ARE saving life."


It's a Tidy Giveaway!
One lucky GLOGIRLY reader will receive a prize of five manufacturer's coupons to buy the TidyCats litter of their choose and squelch the stank in their own litter boxes.


Even a cat loving celeb like Angela isn't exempt from Stank Face. Learn more at StopStankFace.com.

Special thanks to Angela Kinsey for sharing herself and Otter's story with us.

This post is sponsored by Tidy Cats® for Purina®. As a TidyCatInsider, we are being compensated for creating awareness about Stank Face and TidyLock™ Protection and sponsoring a Litter Giveaway for our readers. GLOGIRLY only shares information we feel is relevant to our readers. Tidy Cats is not responsible for the content of this article.

Labels: Giveaway, GLOGIRLY-Tails Of A Cat And Her Girl, Product Review, TidyCatInsider