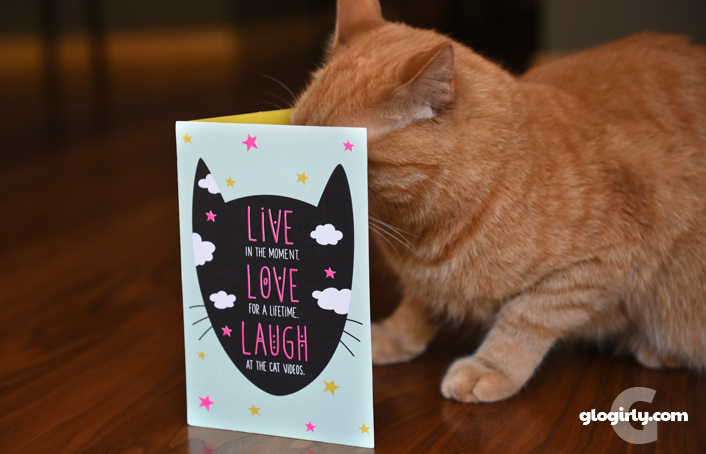 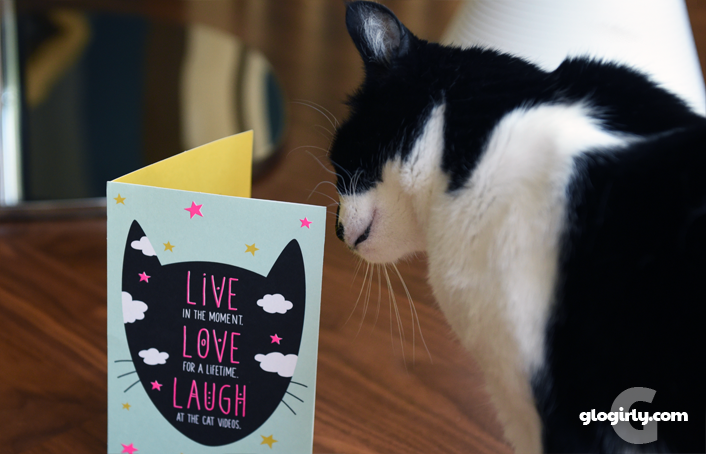 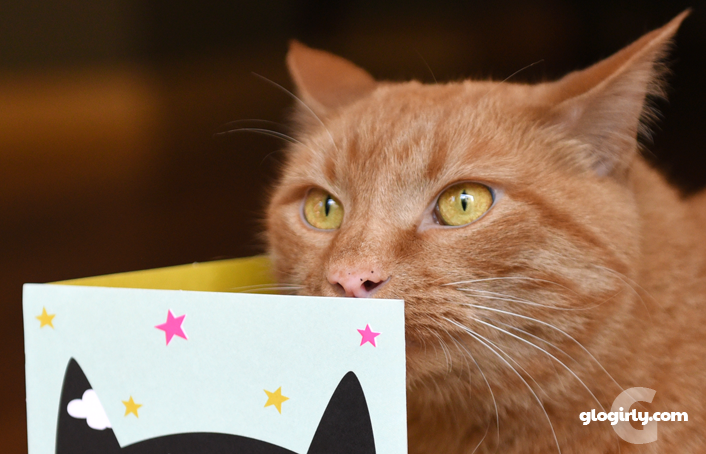 But what do you mean by "Waffles should just move into the powder room and how about I pack his bags?" 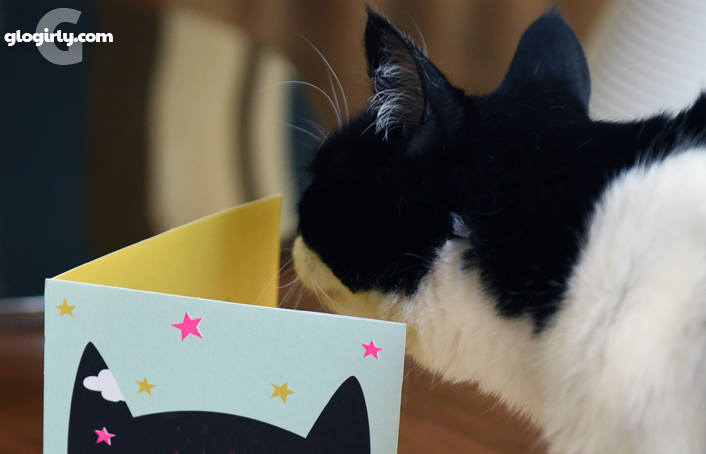 KATIE:  Nothing to be concerned about, Waffles. This is between me, Glogirly and her birthday card. How about you focus on your own card for her? 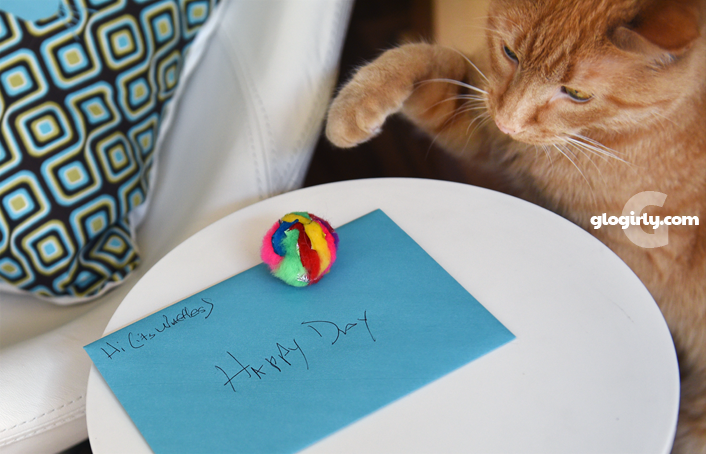 WAFFLES:  I got her a card AND a crinkle ball.

KATIE:  You mean you got you a crinkle ball. I suppose you got her another card with another orange cat on it. Probably doing something silly like dancing under a disco ball. 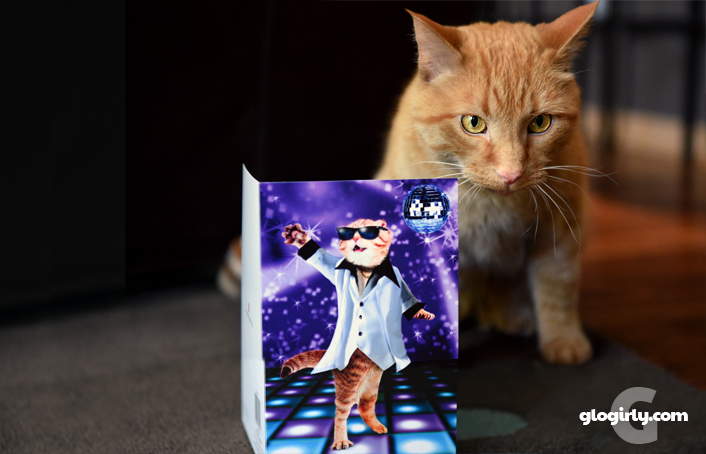 About Today's Photos - A Birthday Recap
Glogirly has been SO touched by all of the heartfelt birthday greetings she received from friends and readers here on our blog and on our Facebook page. We truly have the best friends in the world, that's for sure! We're so grateful our blog has introduced us to such awesome people, cats, dogs, goats, ferrets and hamsters from all over the world. We started blogging way back in June of 2009 and never in our wildest catnap dreams did we imagine we'd be here today. Surely Katie didn't see Waffles' coming either!

Gloman and Glogirly have a fun tradition of hiding cards for each other around the townhouse on birthdays and holidays. And there's always a card from Katie and one from Waffles too. ...usually positioned by an empty food dish. 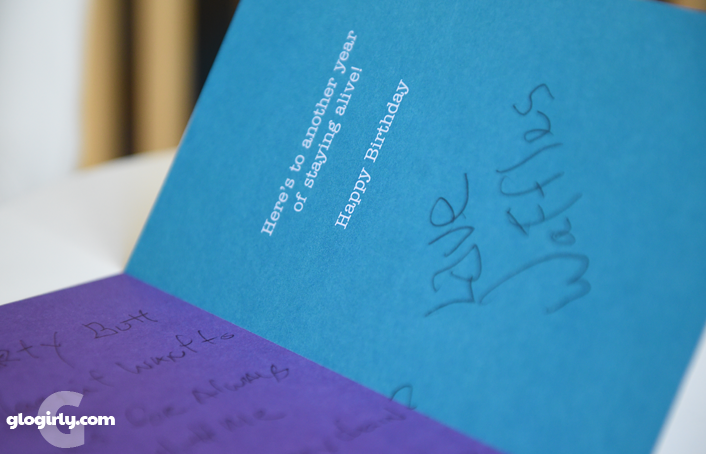 Yesterday (Glogirly's bday) was no exception. What Waffles lacks in penmanship and grammar he makes up for in cuteness. Though now he's going to need a disco ball and a new white suit. 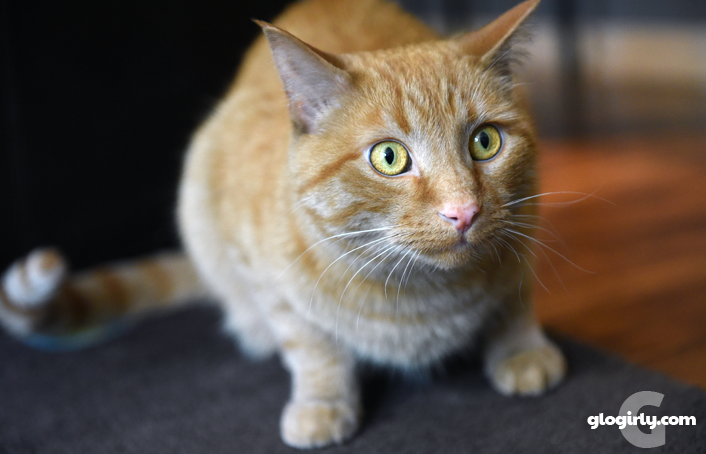 Rare Glogirly Sighting
Last, in honor of the birthday girl, we thought you might like to see her birthday self-portrait she took just yesterday. She doesn't often make a personal appearance here on the blog, what with always being the one behind the camera, but here she is... cat eye glasses and all.

Wait. She's still behind the camera. 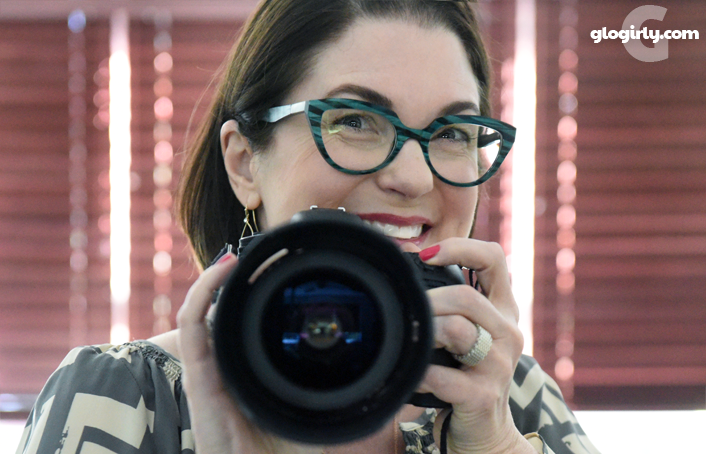 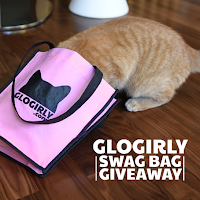