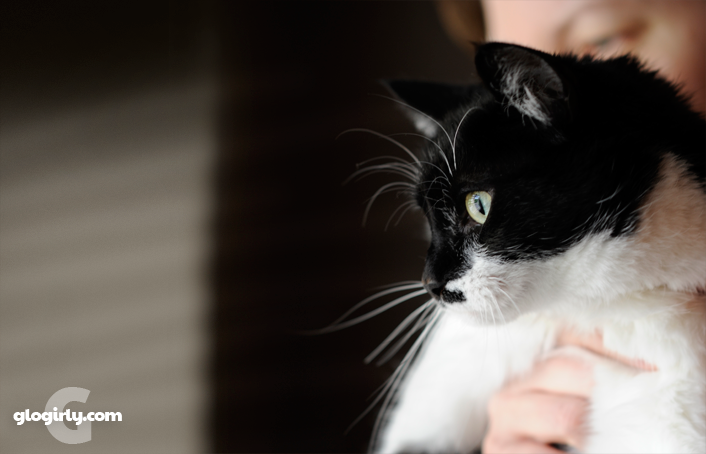 KATIE:  The view's always better from the arms of my girl. 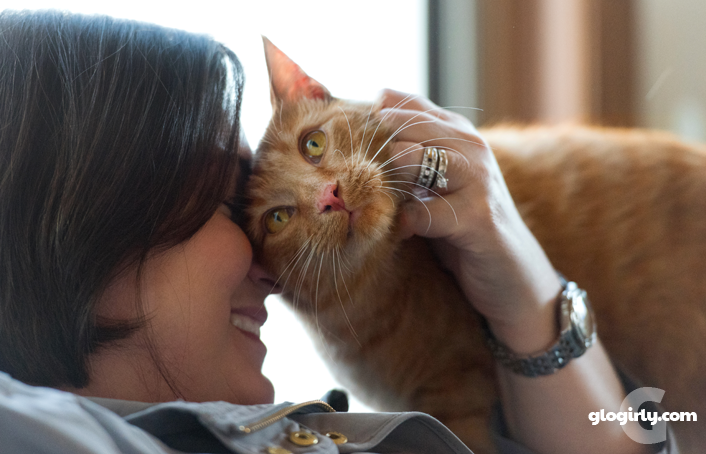 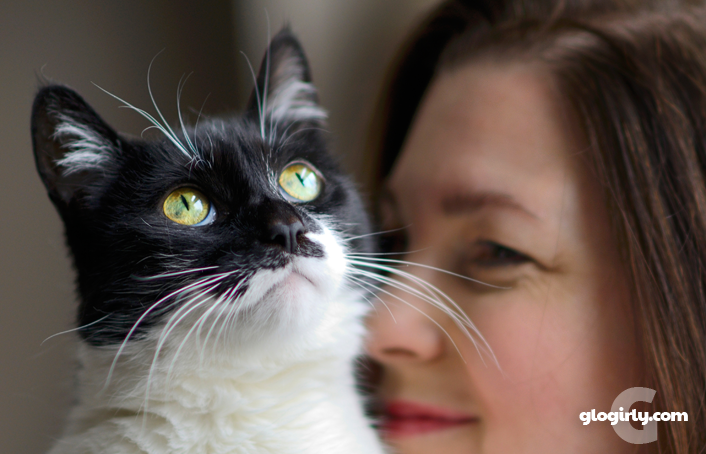 KATIE:  Waffles, you're just never going to get the whole *I was here first thing* are you? Lucky for you, I'm willing to share. Just keep the gooey stuff to a minimum, ok?

About Today's Photos
Yesterday, we helped a fellow blogging friend with a special project. She needed some of our favorite love-filled photos. So we searched our files for the best of the best. And a few that actually had Glogirly in them. Since she's usually behind the camera, it's pretty rare to find any that she's actually in.

Katie's were taken last year by Gloman next to our favorite Bird TV windows. That first one of Waffles was taken earlier this year on our family vacation in Northern Minnesota. Waffles is very much into headbutting. Glogirly and Gloman love it when he does that to them. Katie? She's not really a fan of Waffles' headbutts.

The last two photos of Waffles were taken just last night... by Glogirly. Or rather, Glogirly's laptop. She had her computer on her lap and was goofing around on Facebook preparing one of our blog posts. Waffles had other ideas though and was doing everything he could to get between her and the screen. So in the middle of the headbutts, twirls and purrs, she took some selfies of her and Waffles with the Photo Booth app on her computer.

Rumor has it this love fest continued on for nearly an HOUR. Waffles is such a lush.

Katie & Waffles: M-W-F Reminder
On Monday we announced a little change in our publishing schedule. We look forward to bringing you lots of giggles and funny conversations between Katie & Waffles every Monday, Wednesday and Friday. We'll still be sharing our favorite cat products, hosting cool giveaways and helping shelter cats.

If you aren't already an email subscriber to our blog, this is a perfect time to sign up so you never miss a beat with Katie & Waffles. Our emails go out in the wee hours of the morning each day we post. That way when you wake up you've got a smile to go with your morning coffee. Or tea. Or milk. Or diet coke.

See you next week!