Catlady Fun At The CWA 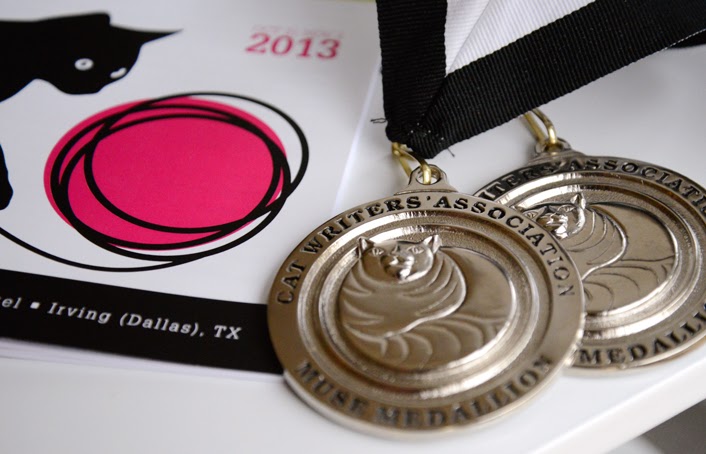 Glogirly finally found her way home from the Cat Writers' Association conference. She was quick to unpack the Muse Medallion awards she received for best color photography series and best black & white series. I question the sense of awarding HER the medallions for photos that clearly featured ME. ...and a couple of Waffles.

(If you're curious, you can check out the winning photos HERE & HERE.)

Those medallions are awfully big and heavy too. Not exactly cat-friendly. I can barely bat them around the townhouse. 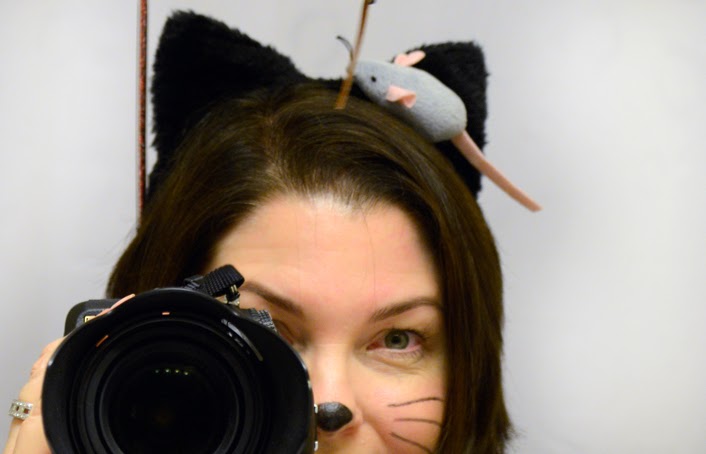 And considering she STOLE my mouse for her so-called Halloween costume, I have nothing to bat around here except a certain orange ...ok, not such a bad idea after all.

Glogirly had a great time hanging with all the cat ladies. There were lots of laughs, lots of cat ears and even MORE awards. Big congratulations to our friends Angie Bailey of Catladyland, JaneA Kelley from Paws & Effect and Cat Wisdom 101's Layla Morgan Wilde for their Muse Medallion wins. And a special congratulations to Deb Barnes of Zee & Zoey for winning Friskies' Writer of the Year Award! 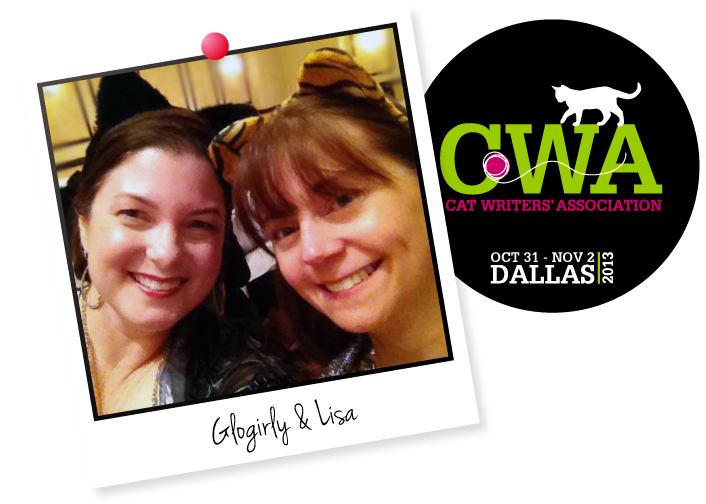 Glogirly's favorite part was rooming with Maxwell, FaRADay & Allie's mother from A Tonk's Tail. They stayed up late, painting their nails, talking about boyz and comparing wand toy stories.

Another exciting part of the conference was the unveiling of the new CWA logo that Glogirly had a hand in designing. She did the t-shirts and conference program covers too.

So Glogirly claims to have some special kitty swag for us in a bag that has yet to be unpacked.  Waffles and I are hopeful that she'll crack it open later sometime today. If not, we may have to resort to a joint covert operation. 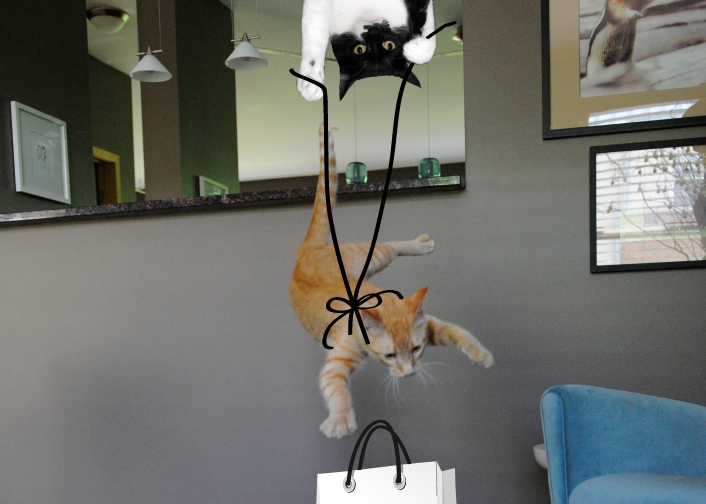 Thank you so much to our friends & readers for so kindly visiting us while the girl's been away. We hope to catch up on our visiting and commenting very soon!