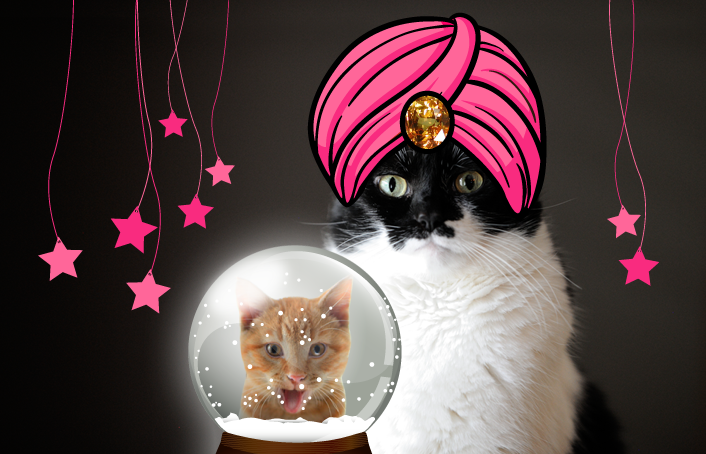 Glogirly's always telling me I'm psychic. I know just what she's thinking even before she's thinking it. When she's pretending to be sleeping in the morning, I know she's just laying there with her eyes closed, thinking that it's time for my breakfast.

And I ALWAYS know what Waffles is thinking. Considering there's nothing but marshmallow fluff between those orange ears, it's not hard.

Well some people have the same gift. They're called Psychic Readers. Did you know there are some Psychic Readers that are also Pet Psychics? I mean, besides me of course. We were contacted recently by Psychic Source. They asked if we'd like to have a reading with a Pet Psychic and then write about it. Glogirly had a couple of readings herself almost 20 years ago. Although she's very creative, her brain is much more scientific. She's a born skeptic. Still, those readings she had years ago blew her hair back and touched her in a way nothing else has.

So we said yes. 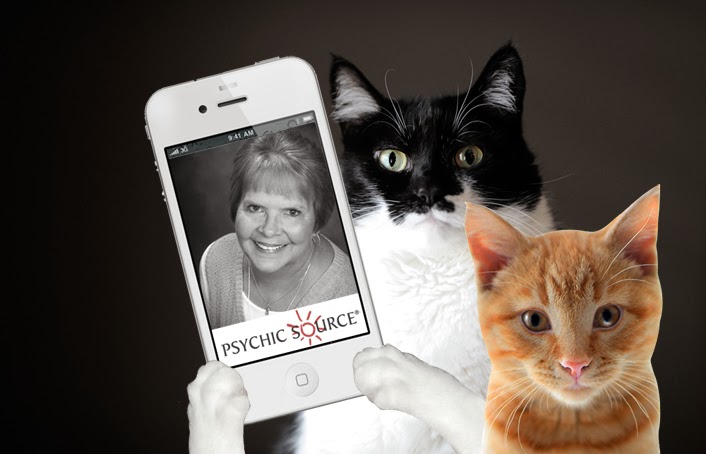 Our reading was with Psychic Nancy and one of her specialties is pets. Glogirly was smiling and laughing the whole 45 minutes they talked. In fact, I think she's still smiling. Whether you're a newbie to this or have had a dozen readings, whether you're a skeptic or a believer...it's an incredibly fun, rewarding and insightful experience. We loved Nancy. Her voice was so compassionate and friendly...in no time at all, Glogirly said she felt like she was talking to an old friend.


So I Bet You Want to Know What the Pet Psychic Said!
Nancy asked Glogirly what she wanted to focus on for her reading. Glogirly introduced herself and explained she was a cat blogger and wanted to focus on her two cats. Nancy asked what her cats' names were and then suggested they start with Waffles...obviously saving the best for last. All she wanted to know was his age and what kind of cat he is. Glogirly told Nancy, "He's just over one year old and he's an orange tabby." She didn't tell Nancy that he's also a terrorist. 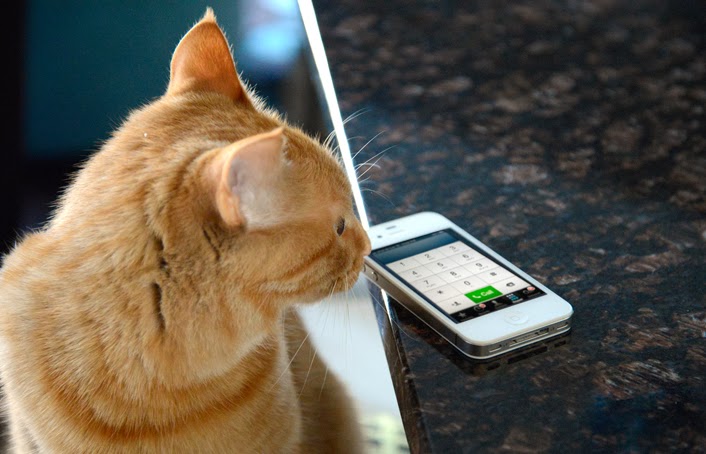 Every single thing Nancy said described Waffles' personality perfectly. I swear it was like she was psychic or something. She talked about Waffles' relationship with Glogirly, with me, she even talked a little about what he may have encountered before he came to live with us. According to Glogirly, Nancy was SPOT ON.

At that point she talked about a tarot card she had turned over. She explained it was the 3 of Pentacles and it showed a woman with a male looking right over her shoulder. In this case the woman was Glogirly and the male was Waffles. Just as she said this, Glogirly realized Waffles was sitting on the back of the chair she was in, looking over her right shoulder. Nancy explained it was a very happy card and how Waffles has so much love for Glogirly.

Waffles Magic Will Help Other People
I think what touched Glogirly the most was what Nancy said about Waffles and his capacity to share love. She said that, "By the age of 3, he'll be working magic with other people too." At that point Glogirly told Nancy that she's working with Waffles to help him become a Therapy Cat. "Waffles is going to make a difference in the lives of so many people and his bond with Glogirly will become stronger and stronger." 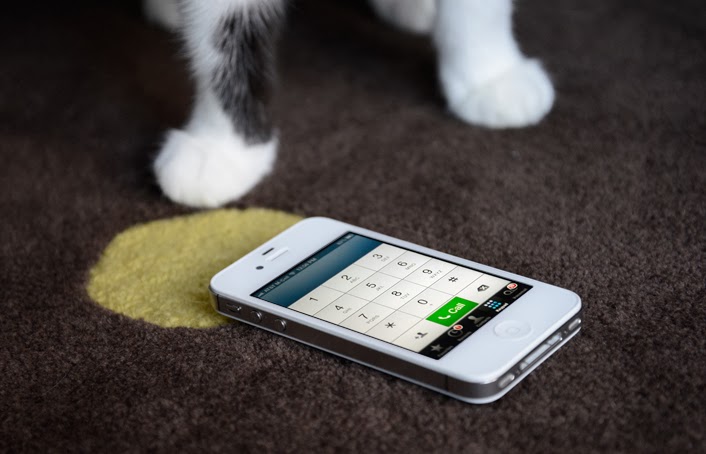 Ok, now for the good stuff. All Nancy knew about me was my age and that I'm a tuxedo girl.

Psychic Nancy's Thoughts on Me (Katie)

Katie & Gloman
Nancy talked about the special relationship I have with Gloman. She explained that I'm magnetically drawn to him. (...and yes, I come running with a spring in my step when he calls me.) She told Glogirly about our conversations. We talk to each other at length. Gloman has earned my respect and I look to him to lead the way. Oh, I love Glogirly very much too...there's just something really wonderful about Gloman and me. Nancy was incredibly intuitive about this bond that Gloman and I share. It helped Glogirly understand the special times I share with him.

Is Waffles Growing on Katie?
At first, Nancy explained, I viewed Waffles as an opponent. Bit by bit, he's begun to grow on me. In fact, Waffles is becoming more and more diplomatic, respectful towards me and, her words not mine– wise. 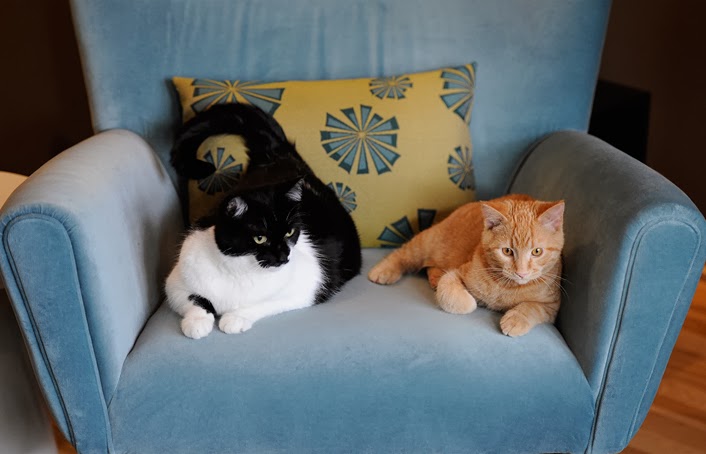 Your Own Pet Psychic Reading
If you'd like to arrange your own Pet Psychic Reading, we would whole-heartedly recommend Nancy. She does readings on the phone and via chat. You might wonder about how this differs from being physically present for a reading. Psychic Source explained that their advisors invariably tell them that their intuitive response to a person or pet does not depend on their physical presence in the same room. In fact, sometimes a person sitting in front of a live psychic feels apprehensive and is not easily readable, while someone getting a live psychic reading by phone or online chat may be much more open and in tune with the experience.

We think the personal touch of a phone reading is the best. There's just something very comforting and connecting with someone's voice.

FTC Disclosure: We received a pet psychic reading for review at no charge from Psychic Source. We also received a small fee to cover the time it takes to test, take photos, and write the review. Receiving the free reading and the fee did not influence our review. All reviews on GLOGIRLY will always reflect our honest and unbiased opinions. Our experience with Psychic Source and Nancy was nothing short of wonderful.