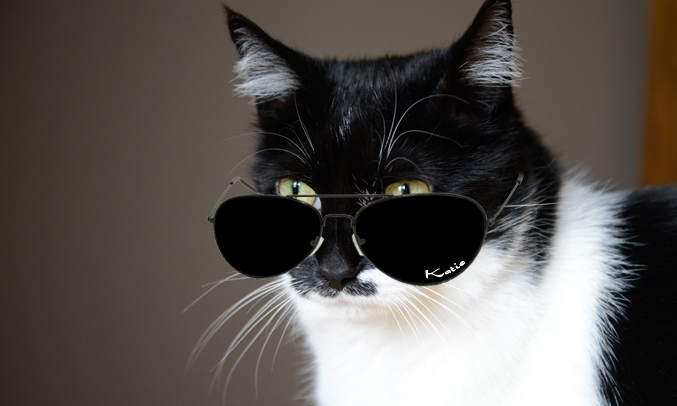 My friend Kjelle Bus, a.k.a. Charlie Rascal, is looking out for me though. He's the handsome mancat from Sweden with the clear blue eyes. I'm sure if he lived closer (or could swim across the pond) he'd leap at the chance to be my personal bodyguard.

Well, he did the next best thing.  We recently won a giveaway on his BLOG and would you believe what he sent me??? A Waffles Too-sized security guard uniform. So now the orange brat is FINALLY making himself useful. 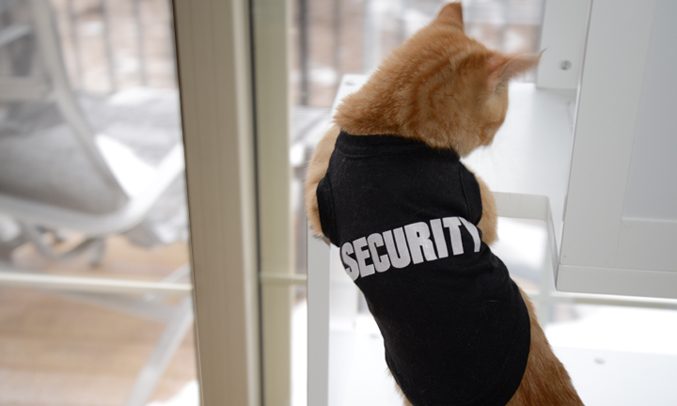 That's right, Waffles. You just stay over there and guard the window while I enjoy my lunch. 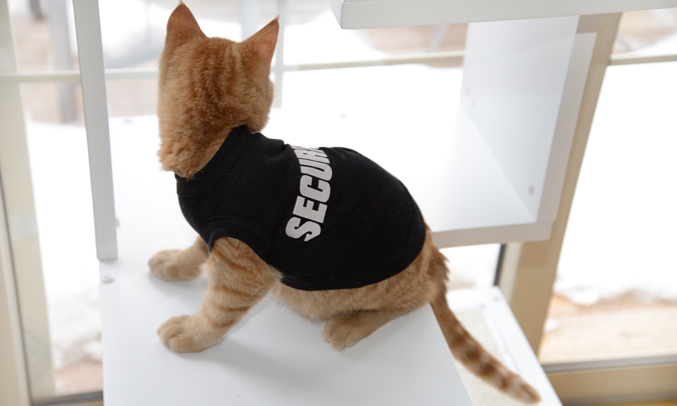 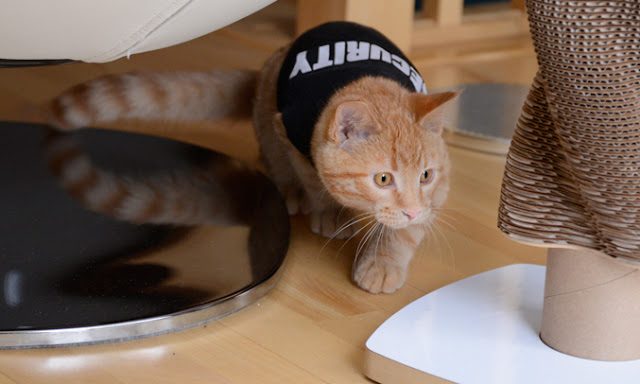 
We also got some REALLY cool toys from Charlie Rascal. I didn't want to distract Waffles Too from his security training though, so we'll tell you all about them next week!

Don't forget to VOTE in the Cute Cats Competition at Eric & Flynn's Adventures! I bowed out of this one to let Waffles Too represent Team Glogirly. He better not embarrass me, that's all I can say. There's LOTS of cute cats too choose from, but you can only vote for one US cat and one UK cat.