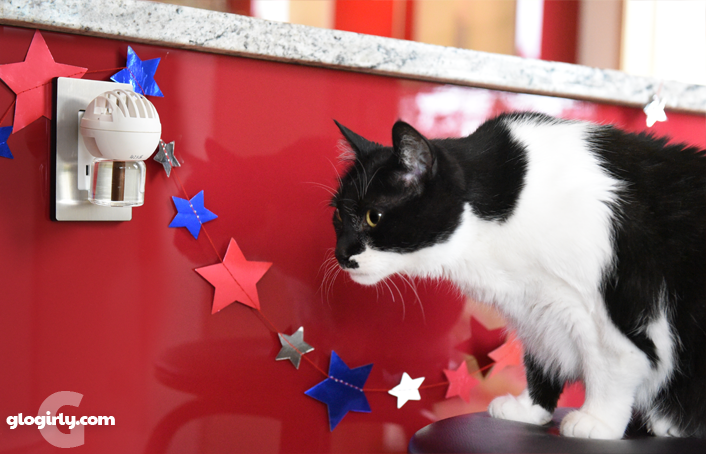 KATIE:  Are they here yet? The flag is out by the front door. Red, white and blue decorations. There's a fresh FELIWAY® CLASSIC diffuser plugged in. And Glogirly is CLEANING THE GUEST ROOM. 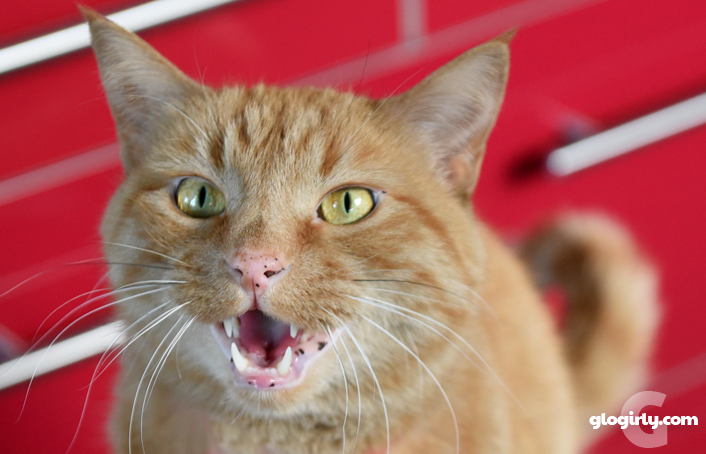 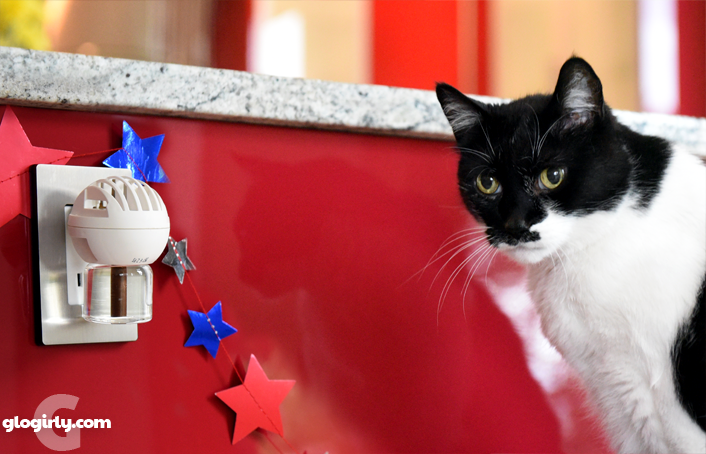 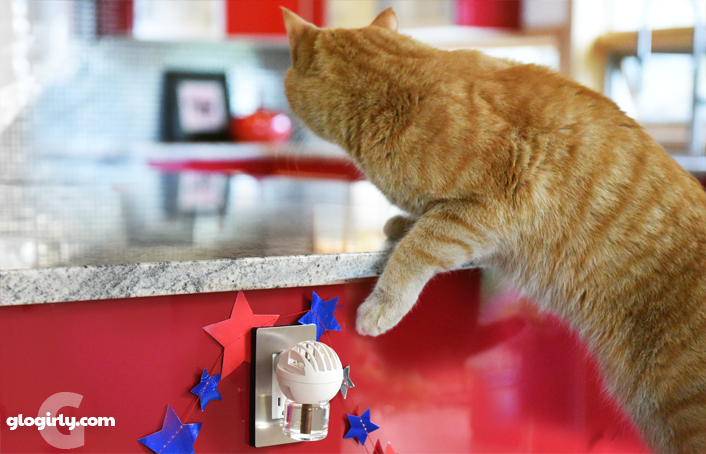 Purr-fect for the 4th of July
We plan on having plenty of FELIWAY® at the ready for our holiday celebration. Between new visitors and houseguests, new smells and lots of noise, the stress level will be rising for Katie and Waffles. Katie doesn't seem to mind strange noises so much, but she's very timid and even scared around new people. Waffles is usually a social butterfly and warms up to new people quickly, but for him, strange noises send him running for a safe place.

In addition to our FELIWAY® CLASSIC diffuser, we'll be using our spray in the entrances to our home, rooms where guests will be spending time, and even on their suitcases. (!)

We always make sure there's a safe, quiet, and private place for Katie and Waffles to retreat to if they're feeling stressed or scared. For them, their favorite space is in the master bedroom closet. That's where some of their beds and toys are and it's adjacent to a room with a litter box. We've got a separate litter box on the other end of the house for guests. (LOL!) 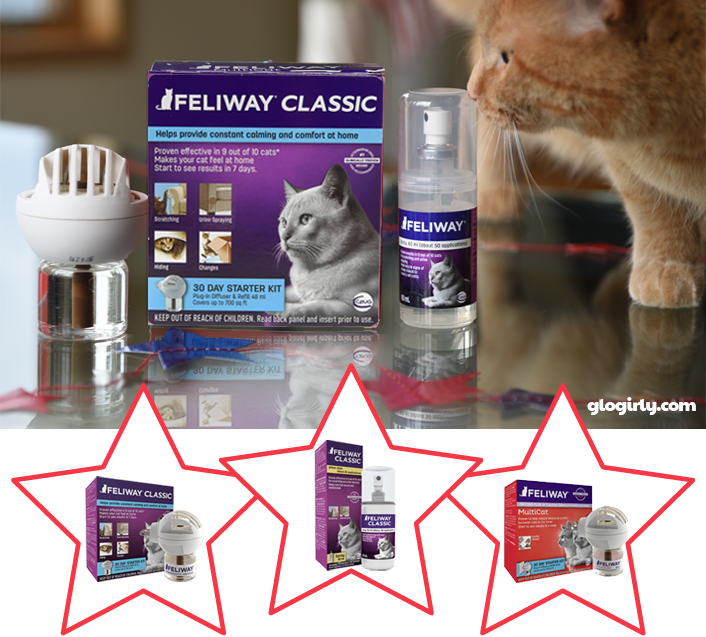 How Does It Work?
Cats communicate through natural messages released in the air called pheromones. These pheromones give them a sense of safety and belonging. And safety is key when it comes to the stress of loud noises and new people and smells that often accompany 4th of July celebrations.

FELIWAY® CLASSIC - Happy Messages
You've probably seen your cat rub their face against corners, furniture and even you. As they mark their territory, they leave an odorless message called a Feline Facial Pheromone. These happy messages provide comfort and security. FELIWAY® CLASSIC is perfect for when houseguests arrive!

FELIWAY® MultiCat - Harmony Messages
Momma cats communicate with their kittens through natural messages released into the air. These Cat Appeasing Pheromones help to maintain harmony and social bonds between cats of all ages.

FELISCRATCH by FELIWAY® - Territory Messages
As you might expect, this is how cats communicate with each other. For example, when they scratch an object in their space, they leave both visible (like scratch marks) and invisible Territory Messages that indicate this is mine. 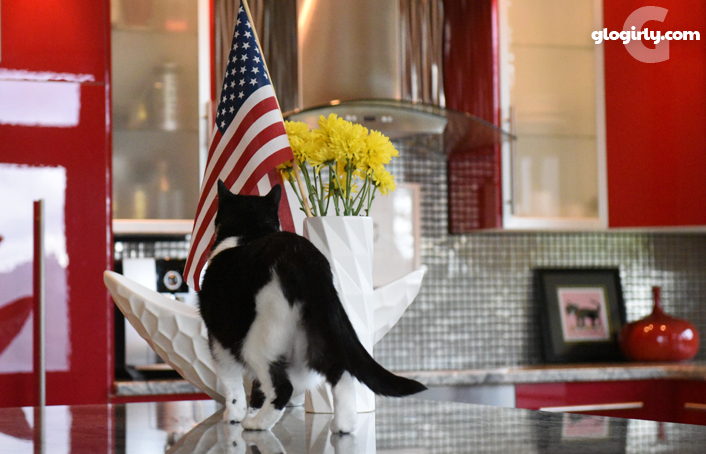 FUReedom from Fear Giveaway
We're celebrating the 4th of July holiday with a special pick-you-own giveaway. Enter via Rafflecopter and choose from three of our favorite FELIWAY® products to help keep your kitties feeling calm and safe.
Though prizes can only ship to US addresses, we're opening the giveaway up to our readers worldwide so that if anyone outside the US wins, they can gift their prize to a friend or shelter here in the US.

FTC Disclosure: This post and giveaway is sponsored by FELIWAY®  which means that we were paid to create and feature this content. Regardless of the payment received, we only feature products and services we use and/or feel would be relevant to our readers.

Labels: Giveaway, GLOGIRLY-Tails Of A Cat And Her Girl, Product Review