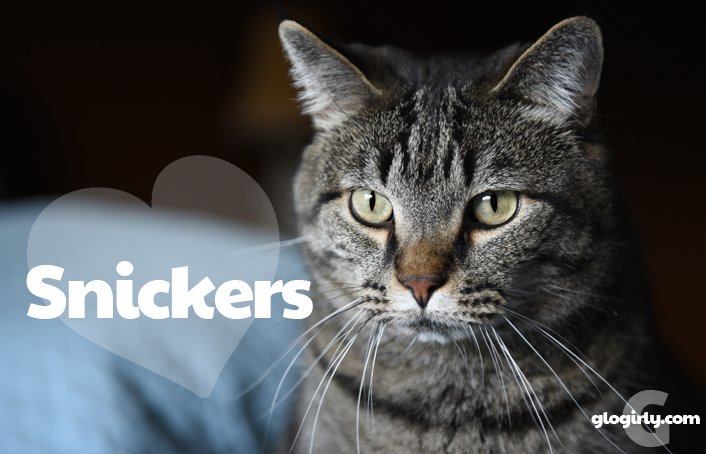 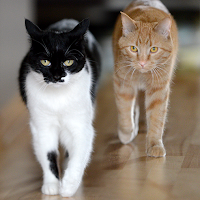 KATIE:  Are you ready for Mission Snickers, Waffles?

WAFFLES:  You mean like stealing candy bars and stuff from the kitchen cupboards? Do I get to wear the cable thing and hang from the ceiling like Tom Cruise?

KATIE:  Waffles, you've been watching way too much TV.

WAFFLES:  So the mission isn't about snacks?

KATIE:  This is about finding our friend Snickers a forever home. Not snacks.

WAFFLES:  Are you sure? Maybe Snickers wants snacks too. 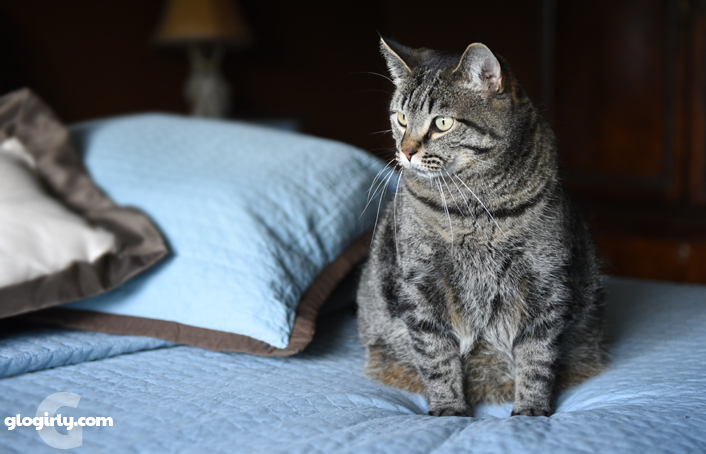 MISSION:  SNICKERS
Dear friends and readers, we need your help. Glogirly's close friend Lori is searching for a loving forever home for her sweet cat, Snickers. She's heartbroken to have to do this, but in order to give Snickers a chance at a happy life filled with peace, love and wand toys, she knows this will be the best thing for him.

Lori adopted Snickers from the county shelter in Big Lake, Minnesota where she was working last year. She worked for the sheriff's office who managed the small shelter. She got to spend a lot of time with the animals in their care and quickly fell in love with Snickers.

He was so friendly and outgoing, not only to people but to the other cats and dogs in the shelter. For some reason, he was overlooked time and again by people wanting adopt a cat. 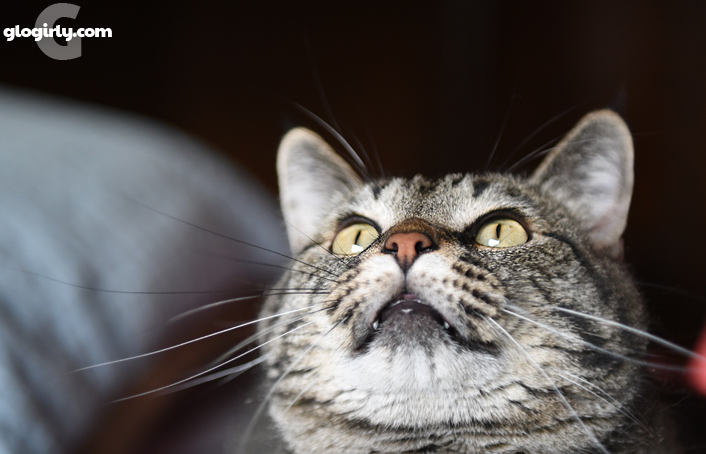 A little background...
Lori loves all animals, but the bulk of her experience is with German Shepherds. She's an experienced trainer and even did search and rescue with her dog Turbo, before an unexpected and aggressive cancer took him from her a couple of years ago. Shortly after, she took in another shepherd named Dodge. We don't know much about Dodge's background other than he was found as a young stray on the streets of Kansas City. A Minnesota German Shepherd rescue connected him with Lori and she began fostering him and soon adopted him. She's been working very hard with Dodge, training him and creating a home where he feels safe.

Her previous dog Turbo loved cats and since Snickers did well with dogs at the shelter, Lori decided to open her heart and home to this sweet tabby boy. Sadly, things are not good between Dodge and Snickers. It's hard to know how much of Dodge's unknown background might be a factor, but he's a very reactive dog and has shown aggression towards Snickers. Lori has tried every training technique she can think of. She's asked other experts for advice, she's given it time and patience. But nothing has worked. Dodge is still exhibiting aggression, Snickers is terrified of him and Lori is scared that Dodge might harm Snickers.

Fortunately Lori has her home set up so that Snickers has the full run of the upstairs where Dodge is not allowed. She has secure gates set up and also has Dodge crate trained. His crate is located on the main floor out of sight from the upstairs. Dodge has responded well to training in all ways except for Snickers. He's approaching 125 pounds which is even more than Lori weighs.

It breaks Lori's heart, but she she knows that the best thing for Snickers is to find a loving home for him away from the stress and potential danger of Dodge. She even considered finding a new home for Dodge, but knows that he really needs someone like her who can continue to work with him and make more progress on training and behavior.

About Snickers - The Sweetheart Cat
Glogirly visited Lori and Snickers earlier this week so she could get to know him and take photos.

It took less than 30 seconds for Snickers to start loving on Glogirly. He purrs like a steam engine and loves to head butt. He doesn't have a shy bone in his body and absolutely adores people. Even new people. Lori had a couple of college interns boarding with her for a short period of time and Snickers took to them right away.


If Glogirly knew that Katie could handle another cat, we'd be telling you about how Snickers was now living with us. Unfortunately, Katie's health problems are exacerbated by stress and she's had some recent complications that have required Glogirly to find ways to reduce her stress. At least for now, a new furry family member sadly doesn't fit into that scenario. 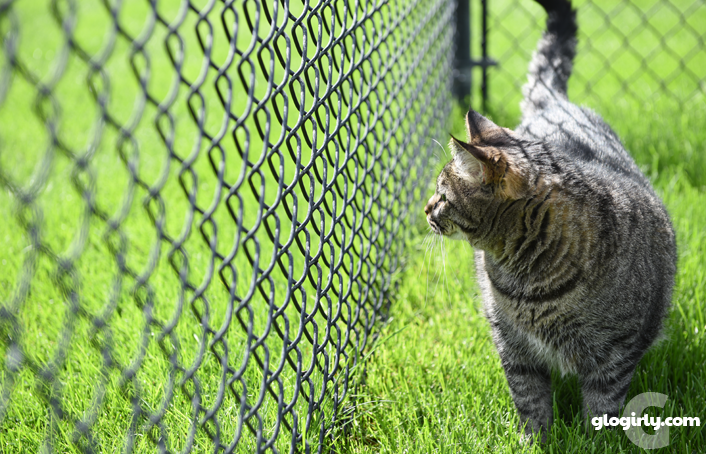 This is where we need your help
Social media is powerful. And so are you. You never know who might be reading or looking. A friend may know a friend who knows a friend. We're asking our friends and readers to help get the word out about Snickers so we can find him the perfect forever home. Please share this blog post or posts from our Facebook Page and Twitter profile with your friends and social media groups.

If you or someone you know would like to know more about Snickers or set up a meet and greet, please contact Lori or Glogirly via email.
Lori: lpeirce22@gmail.com
Glogirly: glogirl@visi.com 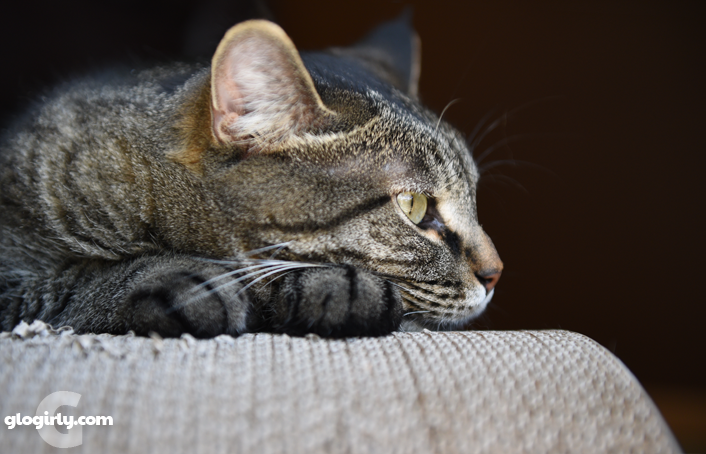