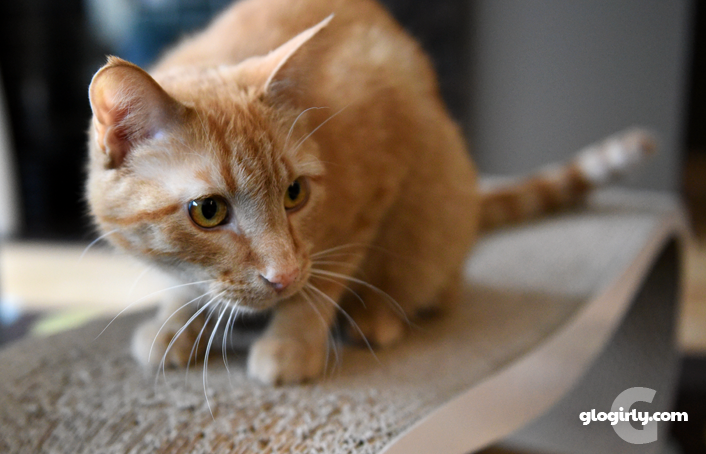 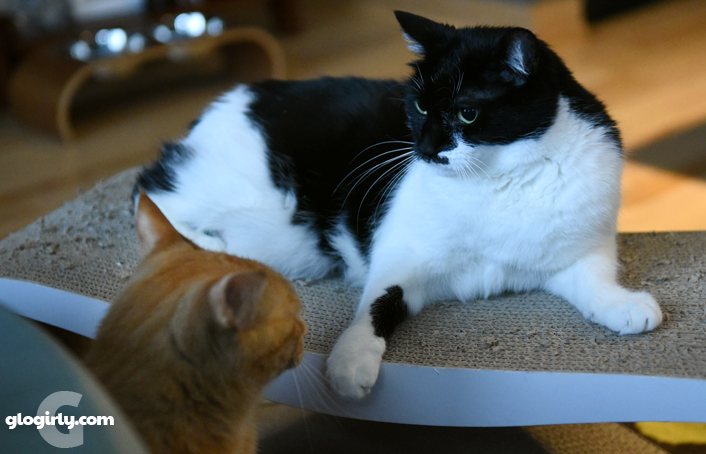 KATIE:  You're not getting the scratcher, Waffles.

WAFFLES:  But I wasn't even–

KATIE:  You've got that get-off-my-scratcher look on your face. I can see it a mile away. There's another scratcher right over there.

WAFFLES: Occupied by you or that big hairy spider?

WAFFLES:  The one crawling under your– 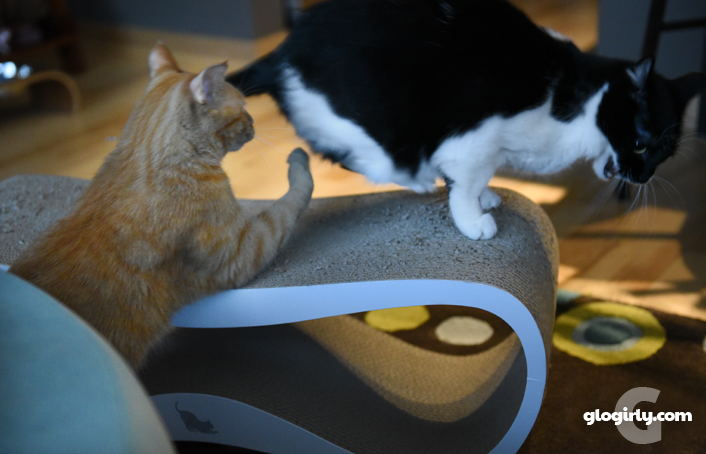 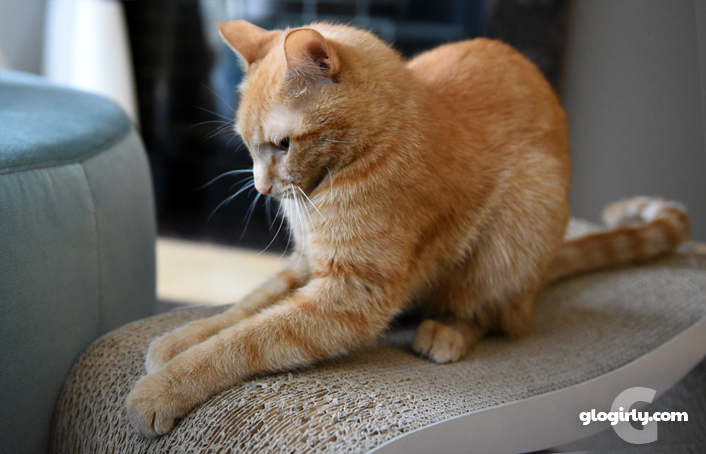 About Today's Photos
Today's photos all take place on the most popular scratcher in the Townhouse. It sits adjacent to Katie & Waffles' food prep area and gets a LOT of pre-breakfast, pre-dinner and pre-whenever-anyone's-hungry use. The photos also illustrate how Waffles, despite his goofy innocence, is very much the planner in the family. He'll often observe what's going on with a certain element of stealth. It's almost like he's working out the details of his plan in his head. Whether it's commandeering the scratcher, overtaking the catnip pickle or sizing up someone's lap, his wheels are always turning.