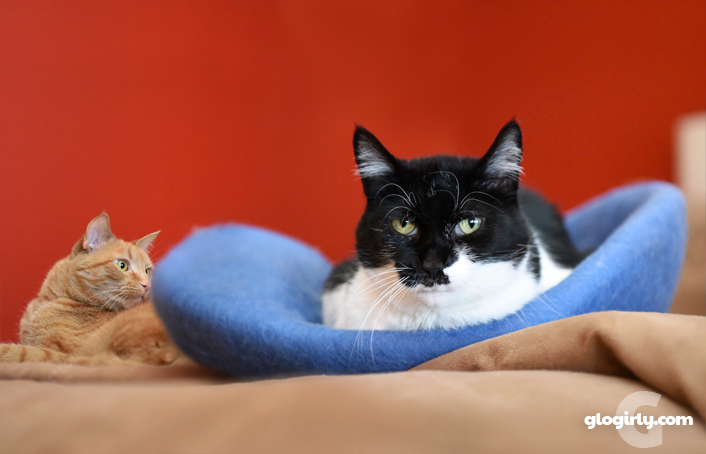 KATIE:  I am pretty comfy. 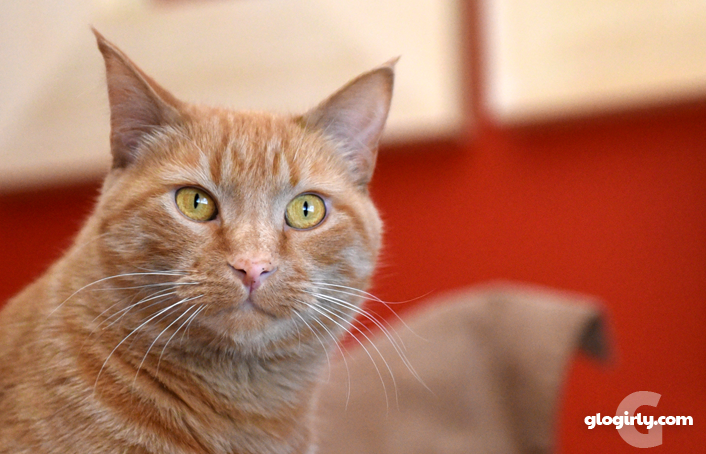 WAFFLES:  Is there a spot over there for me too? Because it looks like there's a spot.
You know. Over there. For me too. 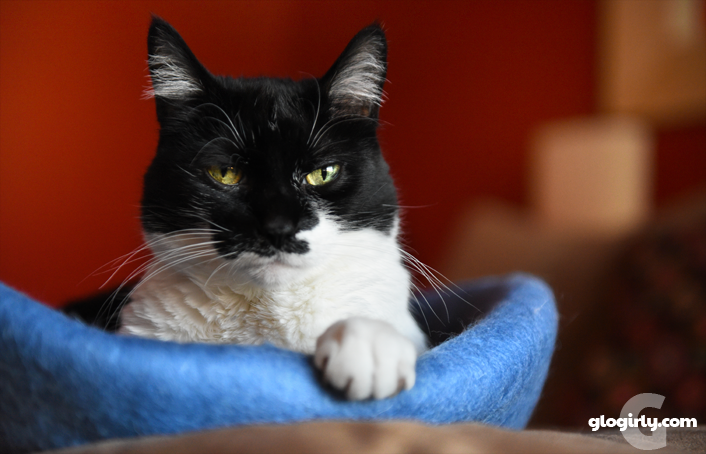 KATIE:  And what would make you think that? 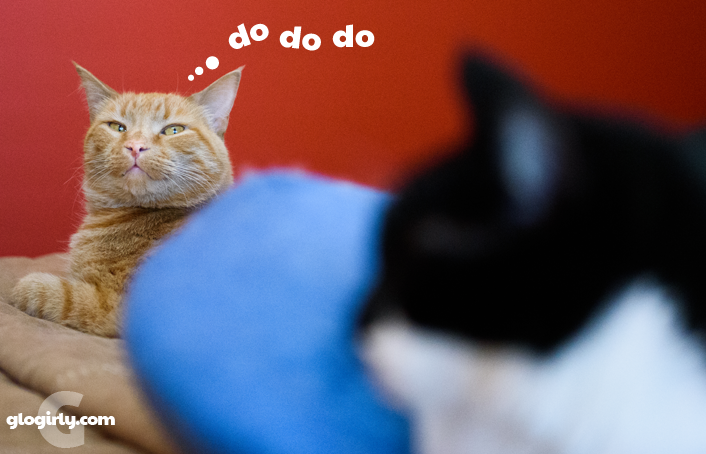 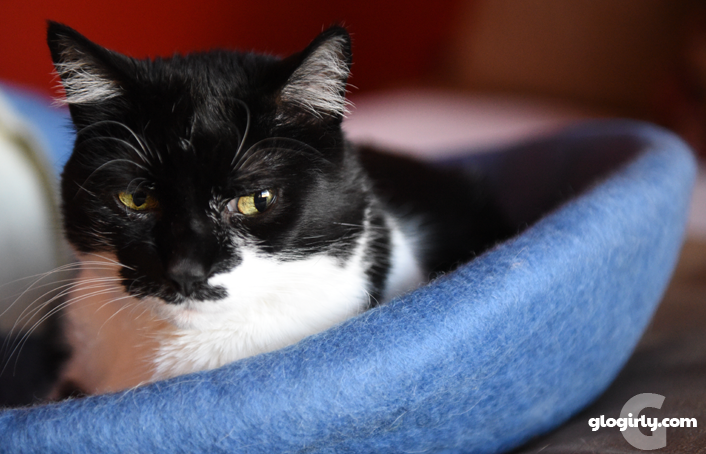 KATIE:  Waffles? I see that hamster wheel inside your head turning. 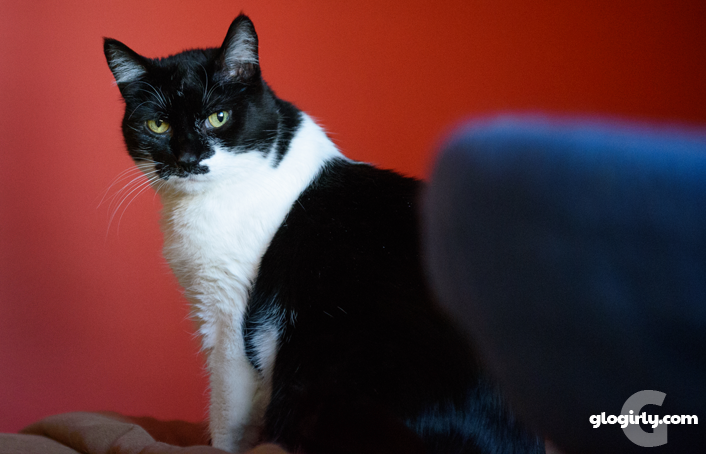 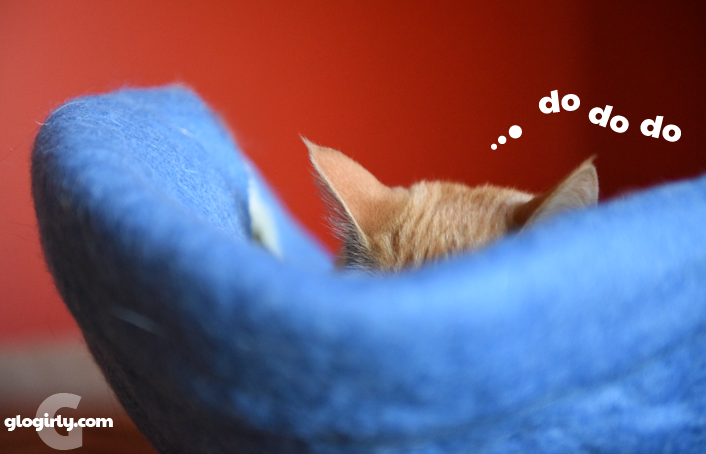 About Today's Photos
Today's photos were taken just yesterday in a room we don't often share with you. It's our guest bedroom which used to be a cat-hair-free zone. It also happens to be the warmest room in the Townhouse. The sun pours in until almost noon and heats it up like an oven. Couple that with cushy bed and a gushy down duvet... well, let's just say it's no longer a cat-hair-free zone.

So what prompted the photos? Well when Glogirly just happened to walk past the door she noticed Waffles and Katie lounging on the same bed a mere 24" apart. They looked up at her simultaneously with their classic, "Yeah? What are YOU looking at" look. It was a Carpe Camera moment.

Glogirly loves this particular series of photos because you can totally see those hamster wheels turning inside both Waffles' and Katie's heads. Waffles is always planning and scheming. Katie is always surveilling. Perhaps they'd make a great spy team!