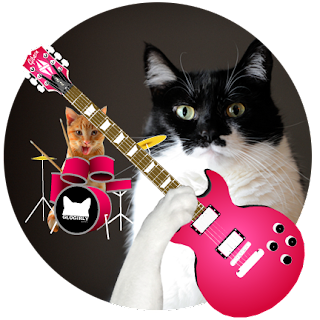 There's a cool indie band from Cape Town, South Africa called The Plastics and they've just released their new music video, "Occasional Lies." We love it SO much, Waffles and I are putting together our own garage-indie band. Ok, we're not exactly allowed in the garage. But hey...we've got pink instruments so we're half way there, right?

Why are we loving The Plastics so much?
CATS, CATS, CATS... and CATS on TAMBOURINES!!!

Their new video features 29 cats! How awesome is that!?

We had a chance to talk with them and get the inside scoop.
(get it? Scoop!)

KATIE:  We've got to know...how did you come up with the idea of featuring all these CATS??

THE PLASTICS:  The idea came from a pure fascination with cats. Cats are the cuddliest, weirdest, most uptight and at the same time most loving animals. It's just really absorbing to watch them and see what kind of weird stuff they get into. One day cats will rule the world again ...like they used to in Ancient Egypt, kind of." 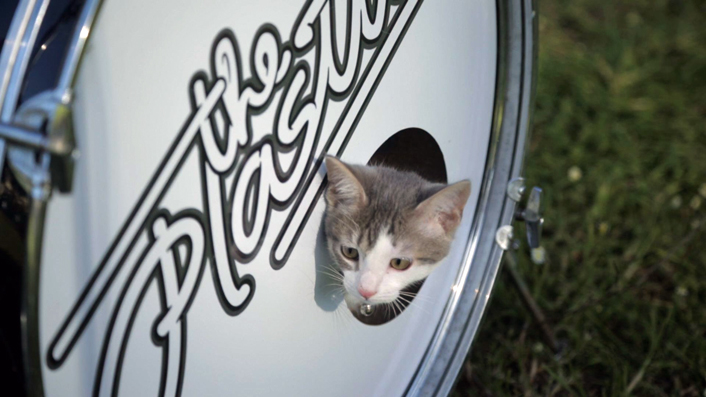 KATIE:  Don't we already rule the world, kind of???  So the guys in the band looked really comfortable with the kitties. I think I even saw a couple of cuddles. Are these bonafide CAT MEN? 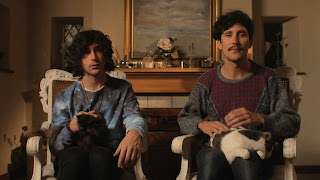 THE PLASTICS:  Yes! Three of the band members have cats. Pascal & Sasha have a family cat that's featured in the video (the ginger cat in the white lounge scene.) His name is Orange Man. Karl also has a cat named Leo, a black and white cat with a kink in his tail. Much as we tried to get Leo in the video too, it just kept not working. We're pretty bleak he didn't make it in.

KATIE:  Ok, here's a real test. Can you name all the cats in the video? 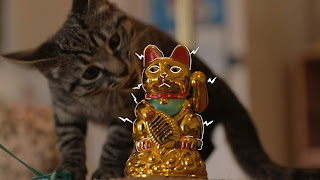 KATIE:  So what was the funniest thing about filming the cats?

THE PLASTICS:  The funniest thing that happened in the video was definitely seeing the different personalities of the cats (especially after a little bit of catnip.) Each cat would react in such strange ways and when the cameras come on it was always the so-called "shy ones" that would come alive and perform for us. Many funny memories and a couple of loving scratches too!

KATIE:  Thanks to The Plastics for reaching out to us and sharing their awesome music and their Cape Town Cats. Check out the video below...you'll love it!!

And now, we've got just three words for you:
CATS. ON. TAMBOURINES!!!


Check out The Plastics on Facebook!
Give them some love and say meow from GLOGIRLY. 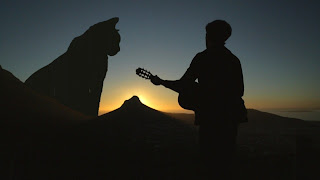