Today's blog post is one of our Waffles Wednesday greatest hits. Back away from the morning beverages. We don't want to be held responsible for any damage to your mobile device or keyboard when you spit out your coffee. *wink* 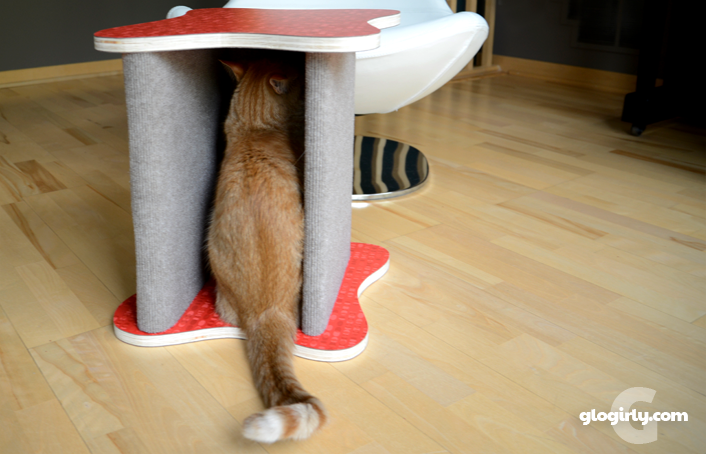 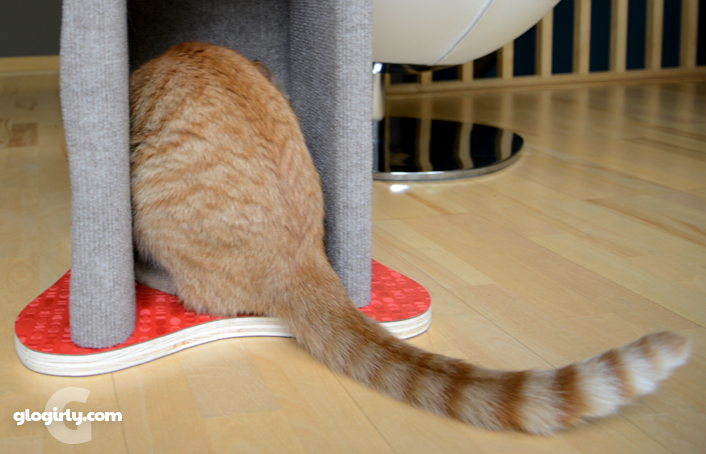 WAFFLES:  HOW many quarters? That's a LOT. Ok, let me count. One. Two. Four. Chicken– 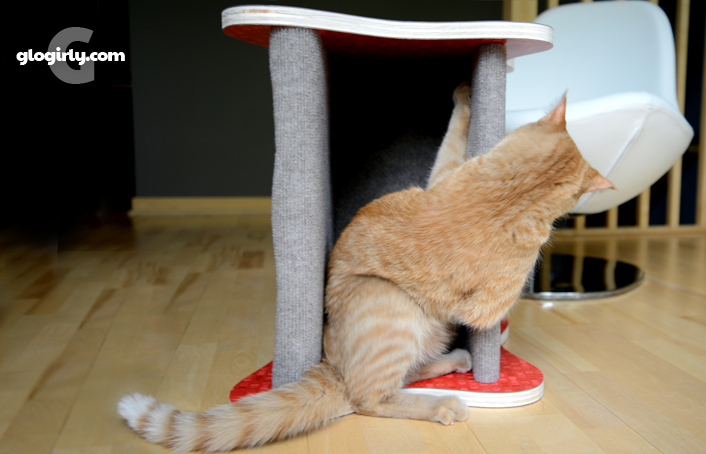 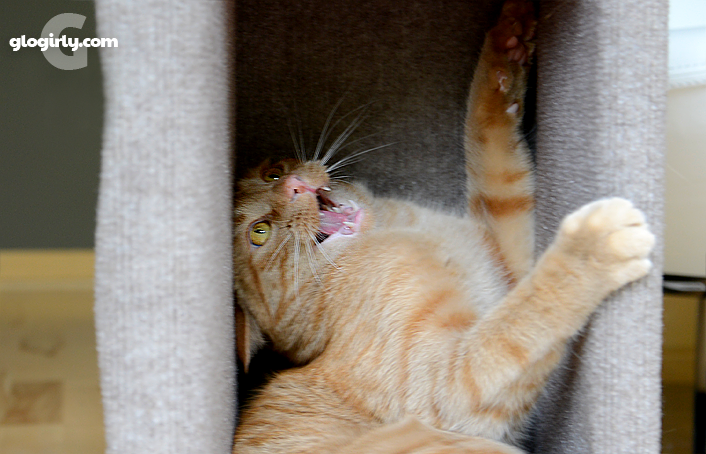 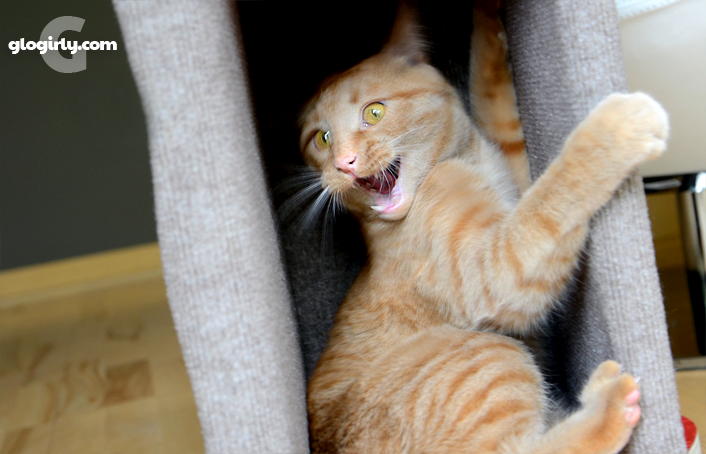 About Today's Photos
All of today's photos are outtakes from our photoshoot for the Googie Cat Bed from Davie's Decor. We did a review and giveaway a few summers ago and have since then donated our Googie bed to the kitties at Minnesota's Feline Rescue. They're still getting their Googie on! 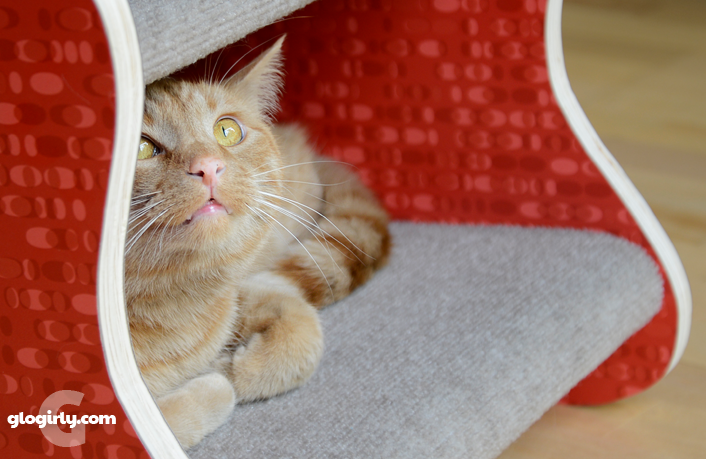 We took a TON of photos, mostly because Waffles was having WAY too much fun. At one point, Glogirly turned the bed on its side. That's when Waffles really went bananas. He was moving so fast, many of the silliest photos are out of focus. But they're just too funny not to share. Despite his goofy expressions, one of our favorites is the first one. The moment we saw it, all we could think of was Waffles standing in a phone booth trying to make a call.