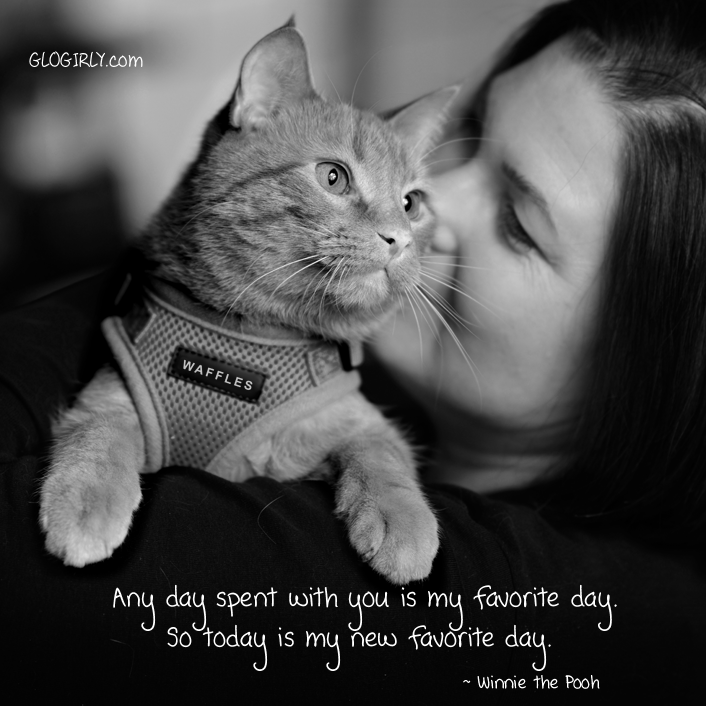 Yesterday was National Hug Your Cat Day. That's EVERY day around here. We thought it would be fun to share some of our very favorite from-the-heart photos and quotes.

One of Glogirly's favorite books growing up was A. A. Milne's Winnie the Pooh. It was probably the first book that opened her heart to animals. Her favorite character was Piglet. She'll always remember the Christmas when Santa left her a small, stuffed piglet in her stocking. After 50+ years, he's still one of her most cherished possessions and she still has him today.

She identified with Piglet's quiet and shy nature. He was an underdog, or perhaps underpig. But with Pooh by his side anything was possible. They shared a love and friendship that resonates in her heart today.

In fact, it's Piglet's untainted innocence that in many ways inspires how she writes Waffles' voice. And it's Pooh's pragmatism that finds its way into Katie's voice. 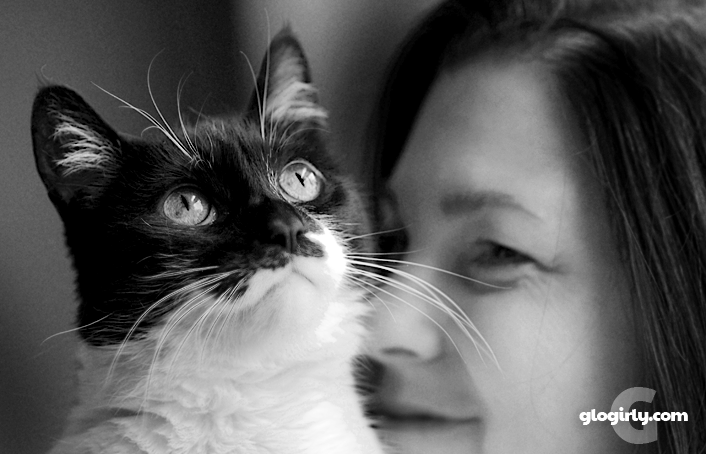 One of her favorite Pooh-Piglet conversations goes something like this -


Piglet sidled up to
Pooh from behind.
"Pooh!" he whispered.

"Nothing," said Piglet.
"I just wanted
to be sure of you."

It's been seven years since Waffles joined our family. And though he and Katie's relationship is still a bit complicated, there are little signs that indicate to Glogirly they really do share a love for each other. She likes to think that someday Katie and Waffles might just share that same exchange. 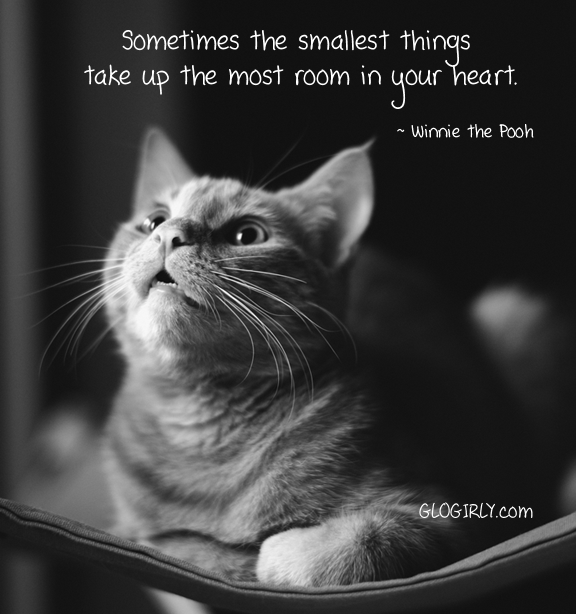 For Our Fellow Pooh Fans

When Glogirly's friend was visiting recently, they had a movie night at home. One of the most special movies they watched was Christopher Robin. It's a beautifully filmed live-action movie with completely captivating puppets. Christopher Robin is all grown up, but lost in life. Pooh and all of his friends find a secret passageway in the Hundred Acre Wood and venture into the city to help Christopher Robin.
It's full of wonderful Pooh-isms. Simple words and observations that remind us how to live our best lives and find joy.

Christopher Robin is on Netflix. If Winnie the Pooh holds a special place in your heart, we think you'll love this endearing film.

This post contains an Amazon Associate link which means that if you make a purchase after clicking our link, we'll receive a small commission to add to Waffles' chicken (piggy) bank.