Do Sun Puddles Have Names? 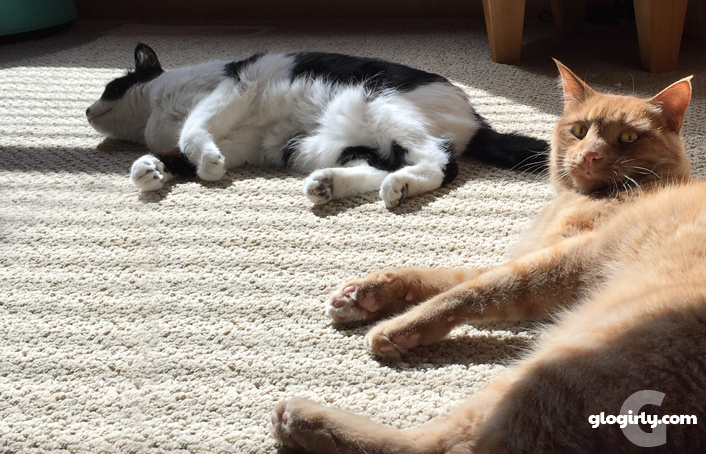 WAFFLES:  Check it out. The Boss has no idea she's laying in MY sun puddle. 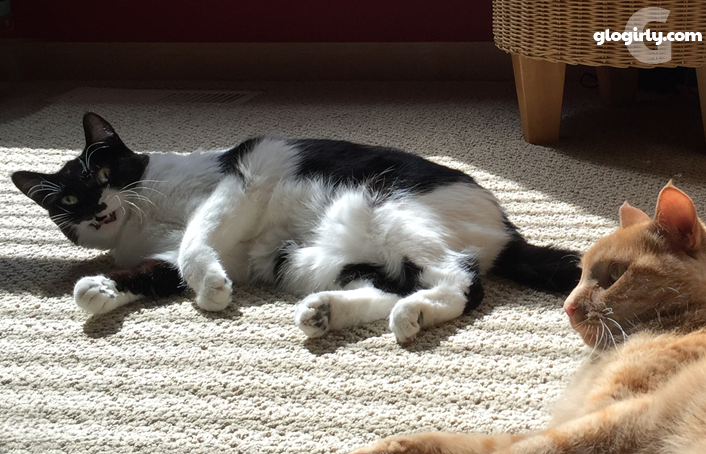 KATIE:  I heard that, Waffles. So what makes you think this is YOUR sun puddle? Looks more like MY sun puddle.

WAFFLES:  I don't think so, Boss. Does it have your name on it? Because I don't see your name. Where's your name?

WAFFLES:  They do too, Boss. And this one's name is MINE.

KATIE:  Seriously? That's what you're going with? 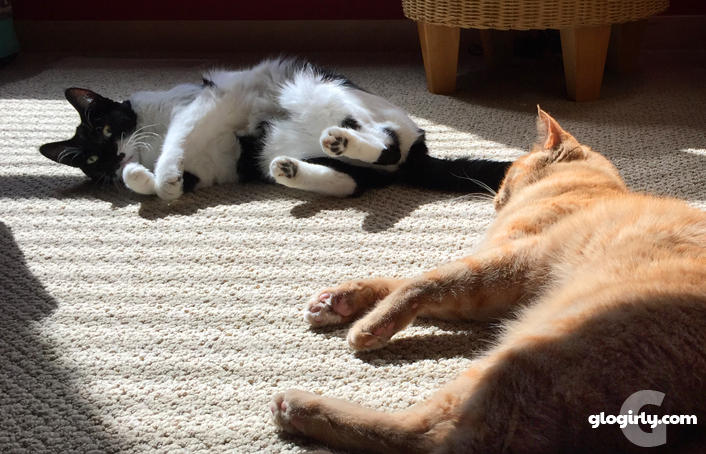 WAFFLES:  Ok, how about George?

About Today's Photos
Don't be fooled by what looks like a peaceful sun puddle coexistence. Waffles is a grass-is-greener kind of cat. Just a few moments after Glogirly snapped these pics with her phone, Waffles moved in just a little too close for Katie's comfort. Oh, Waffles.