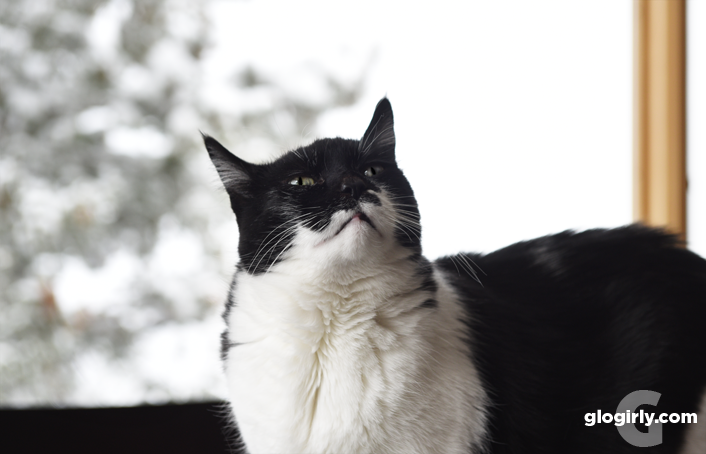 KATIE:  Glogirly sure has been outside shoveling a lot today. The news is calling the big storm that hit yesterday a bomb cyclone. 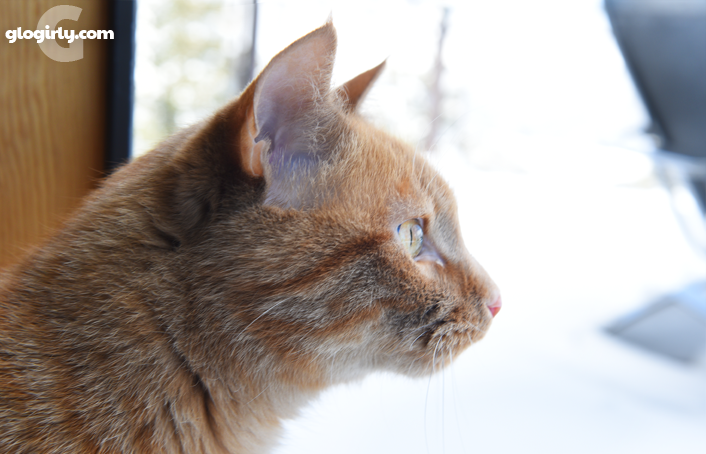 WAFFLES:  You're not supposed to say bomb, Boss.

KATIE:  That's on a plane, Waffles. You're can't say bomb on a plane or you could get hauled off and arrested.

WAFFLES: So we can say bomb as many times as we want here?

KATIE:  Yes, but I don't know why you would. Other than in reference to the storm. 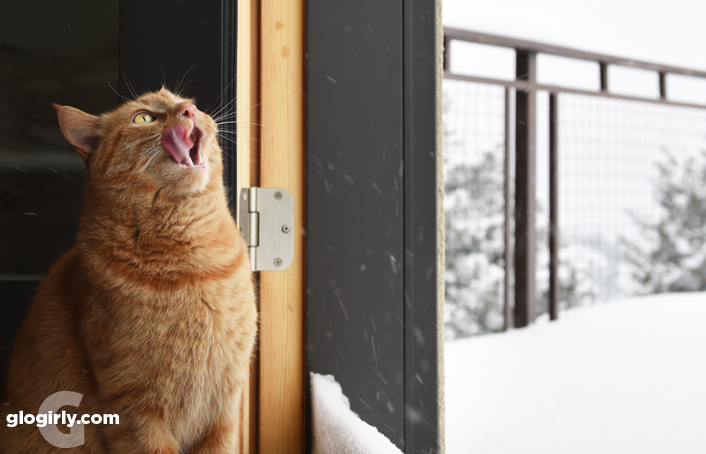 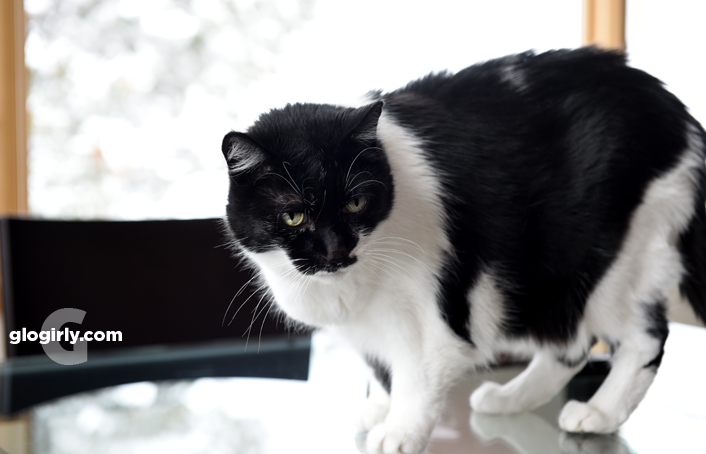 KATIE: You mean other than annoying?

Holy Snowcat!
Unless you've been living under a rock, or laying out on a glorious beach, you've probably heard about the winter superstorm the meteorologists have been calling the Bomb Cyclone. The "eye" of this crazy snowmageddon was just below Denver. And up here in the mountains, we got hit with almost 20" of the white stuff. 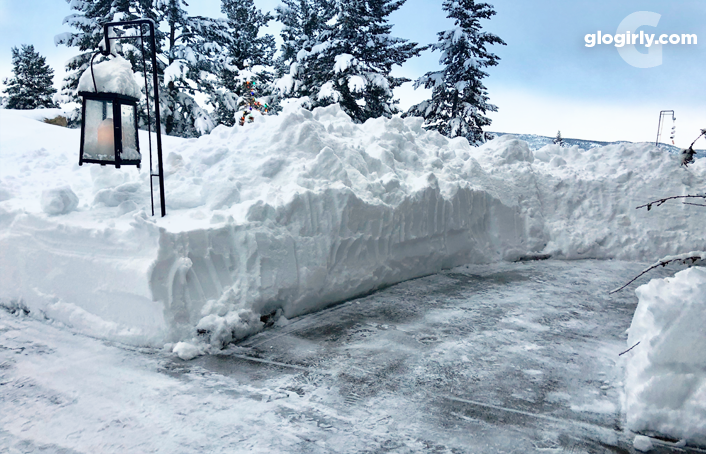 Plowing and shoveling has been a challenge because of how heavy the snow is. And because of the hurricane force winds that accompanied the snowfall, it's like there's a thick layer of hard crust on top of all the snow.

When Glogirly was outside clearing a path so we can get the Jeep out if we need to, our sweetheart neighbor (who loves cats by the way and is one of only FOUR people that has pet Katie and lived to tell about it) came down our steep driveway on his ATV with a snowplow blade on the front to help her. Just as they were finishing up, they saw the FedEx truck coming down the road. Simultaneously they thought, "Uh oh. This may not end well."

The short version of the story is - 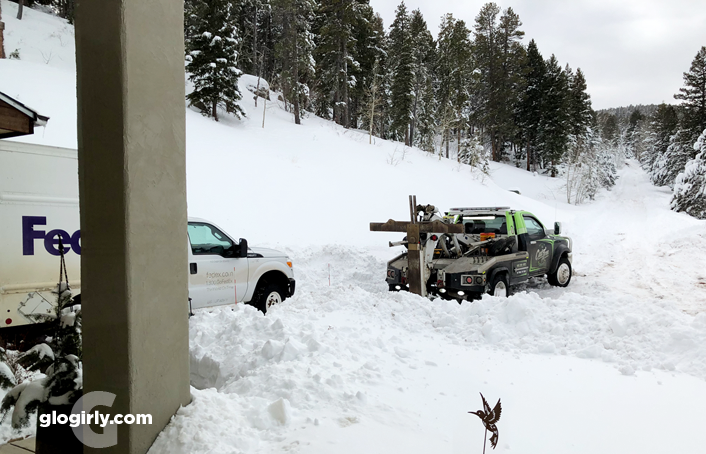 All the drama started at 11am, Thursday morning. It wasn't until 8pm that the two tow truck drivers decided it was time to call it quits and try again tomorrow. 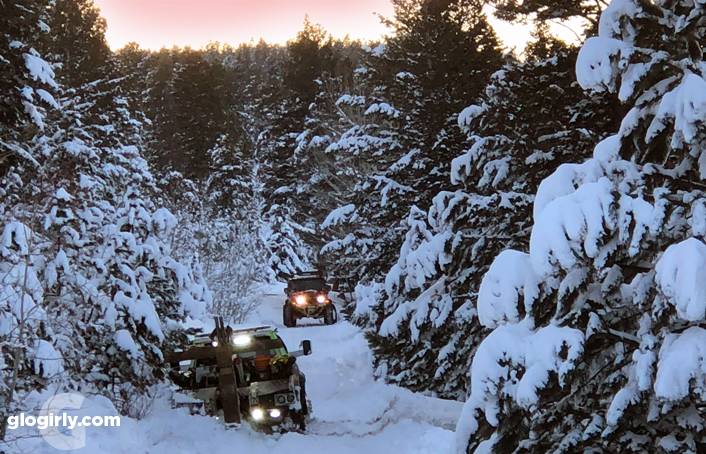 
We decided we might have to start sharing this graphic with those who are either stupid enough or brave enough to attempt our driveway and are either lucky enough or skilled enough to get out. 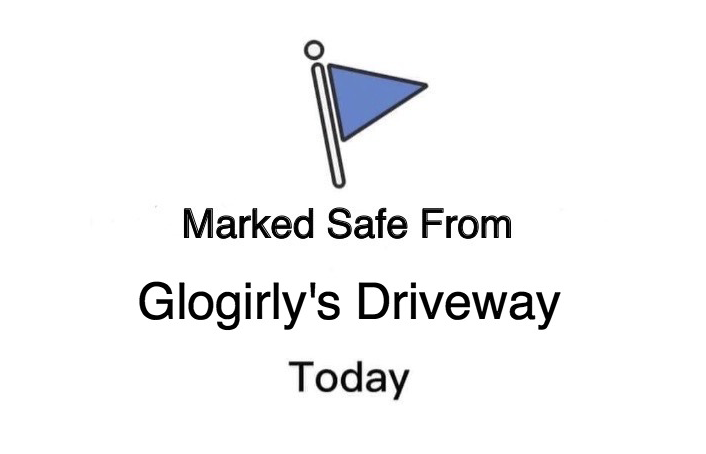