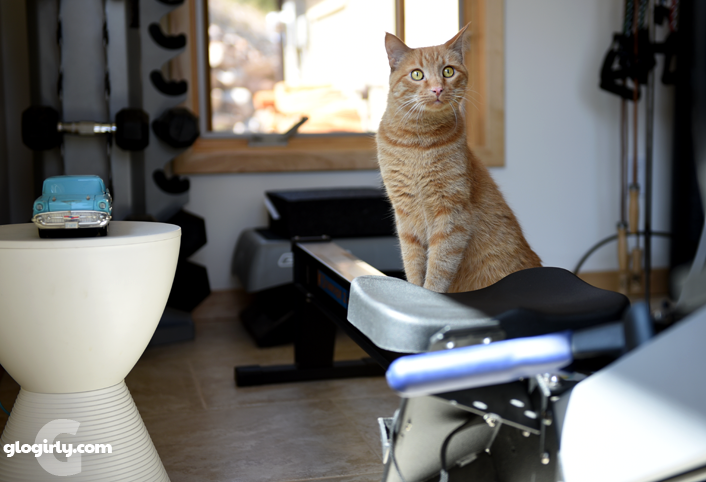 WAFFLES: Do you see what I see? 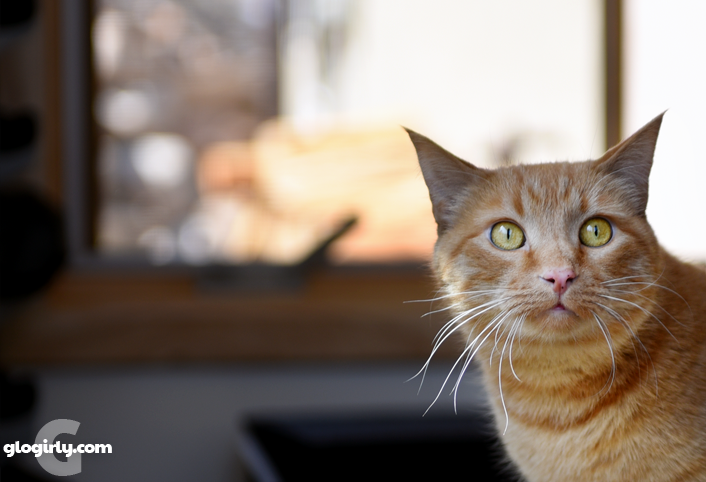 WAFFLES:  What IS that? 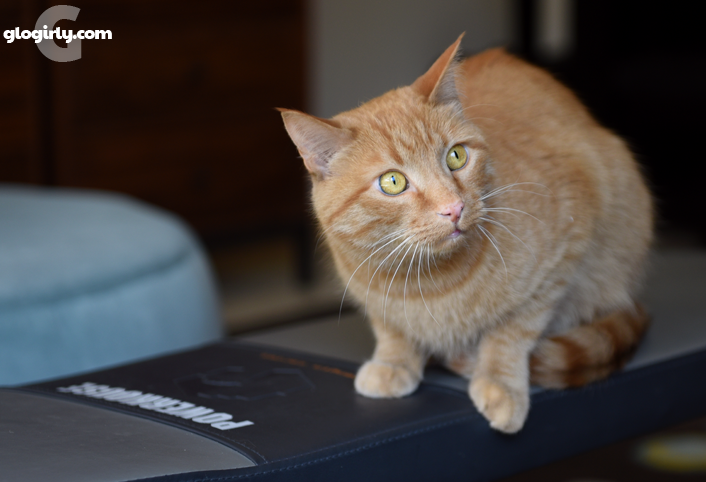 WAFFLES:  I think he's staring at me. Definitely staring. 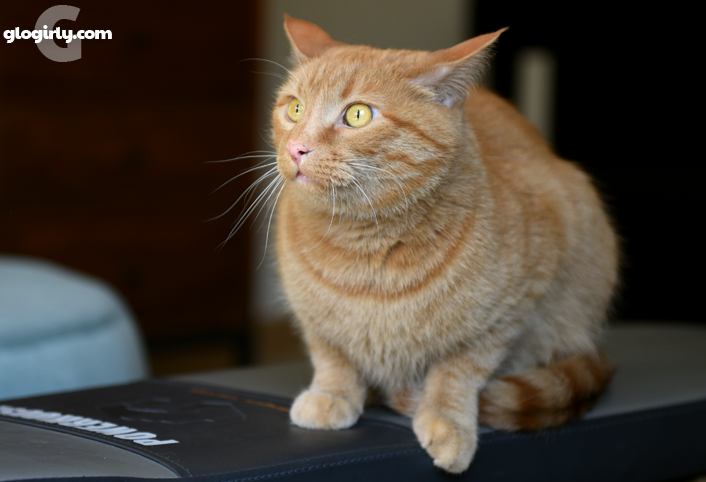 WAFFLES:  I don't like the look on his face. 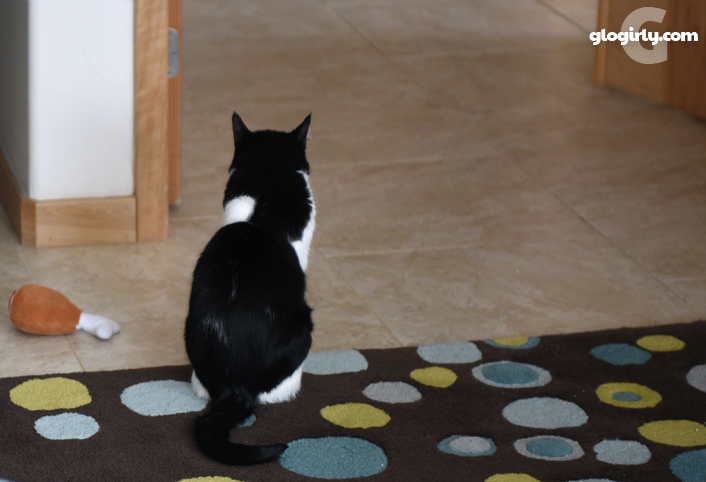 KATIE:  Good grief. You'd think he was nose to nose with a mountain lion or something. 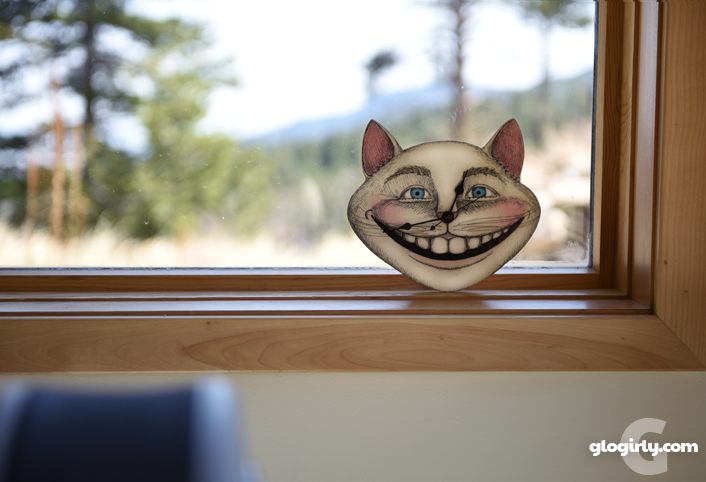 Rare Sighting of the Elusive Cat Clock in the Window.


About Today's Photos
Yesterday Glogirly decided to finally give the rowing machine a good run. It had been awhile so the batteries in the built-in monitor that show the time, how many meters you've rowed, etc...had gone dead. So to keep track of her time, she grabbed the cat clock she hadn't hung up on the wall yet and stuck it in the window.

While she rowed, rowed, rowed the rowing machine, Waffles sat frozen on the weight bench with his eyes fixed on the window. He'd move a paw like he was going to get a little closer to check out whatever he was seeing, but then he'd chicken out. He was craning his neck back and forth so much that Glogirly started craning her neck back and forth too. When she couldn't figure out what he was looking at, she got up to see if there was some kind of animal outside. Maybe the red fox we'd spotted the day before, the deer family. We've really been hoping to spot a mountain lion!

That's when she figured out he was looking at the slow-moving second hand on the cat clock. The big, scary smiling cat clock.