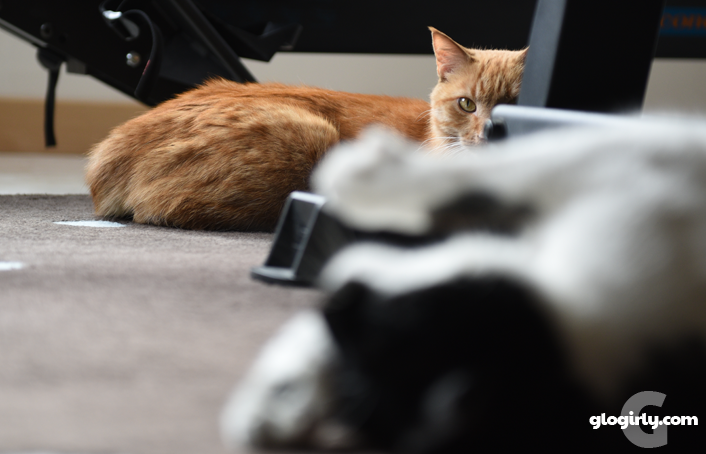 WAFFLES:  I spy with my little eye...something black and white. 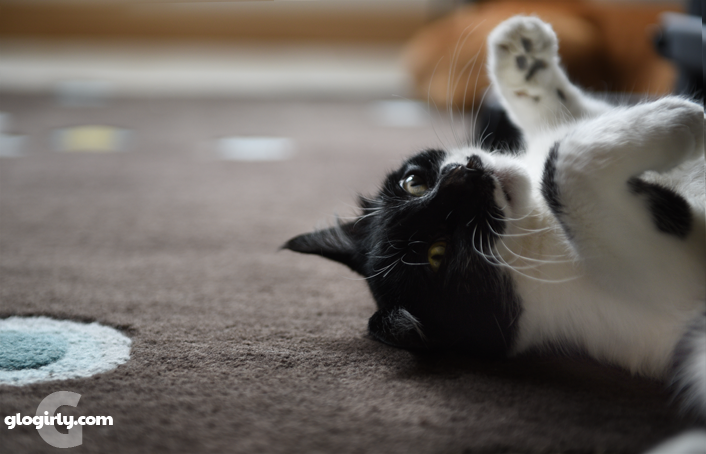 KATIE:  Gee, what could it be. Waffles, I'm not in the mood to have your eyes spying me. Can't you see I'm busy? 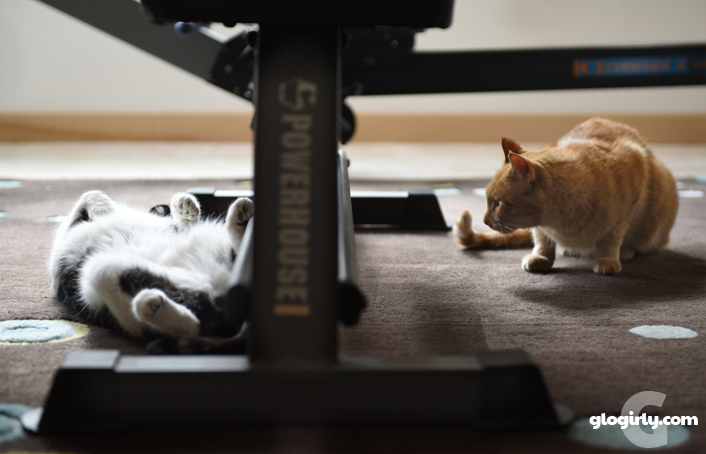 KATIE:  I see enough orange every minute of every hour of every day.

KATIE:  How about we just eye spy the insides of our eyelids? 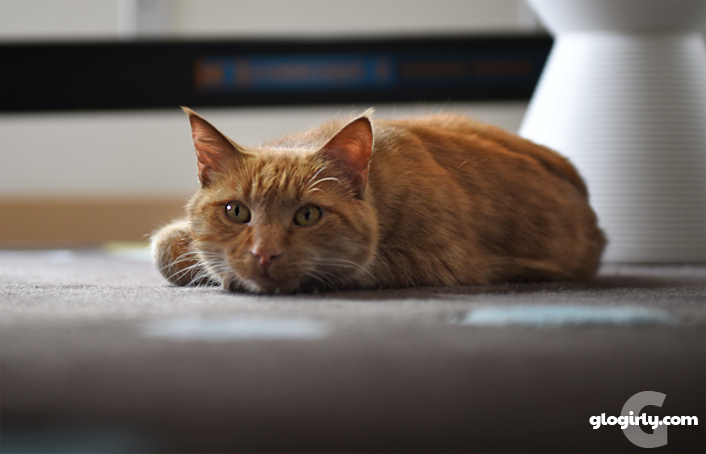 WAFFLES:  It's not working. I can't eye spy anything with my eyes closed.

About Today's Photos
Katie and Waffles have been doing a lot of hanging out in our office/workout room lately. The temperatures have been a little colder since last week's snow so we've had the heat on. We have radiant floor heating in the house, something we've never had before, and to say Katie and Waffles are loving it large is an understatement. Couple that with the fact that the heating zone that covers the office isn't working quite right and calling for heat whenever any zone in the house calls for heat. That means the office is running about 10 degrees warmer than the rest of the house. It also means that Katie and Waffles are pretty much glued to the rug in there.

As far as they're concerned it's working QUITE right.

House Tour Update
Glogirly's working hard on taking photos of our house to share with you. She's not quite ready...still putting some finishing touches on a few spaces. But we promise to share more soon!