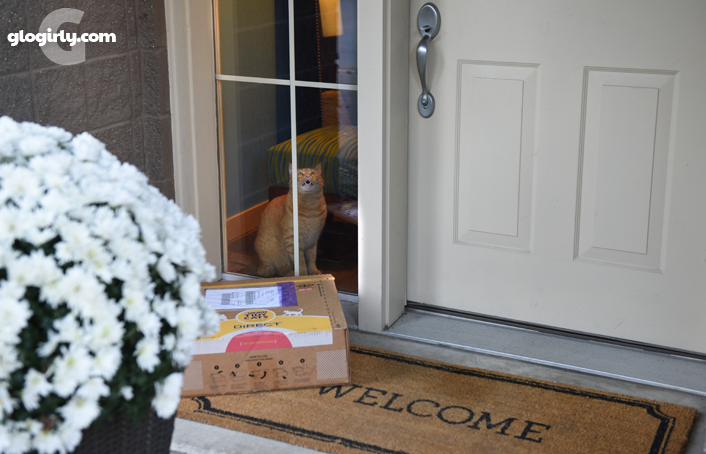 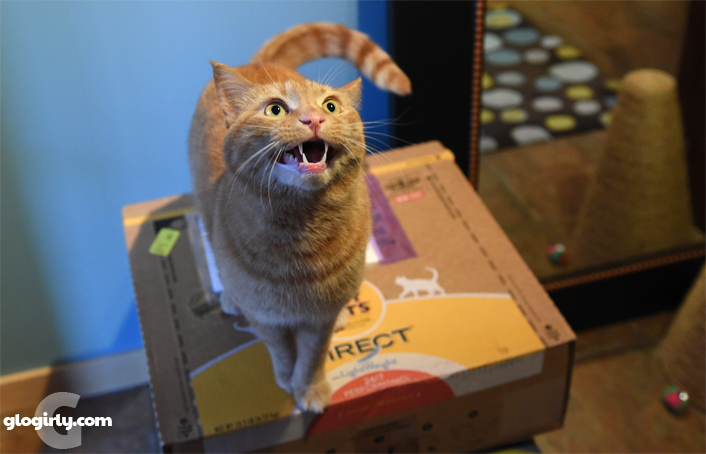 WAFFLES:  Boss, you'll never believe it! Our new litterbox is a real, live BOX! This is the best day EVER. 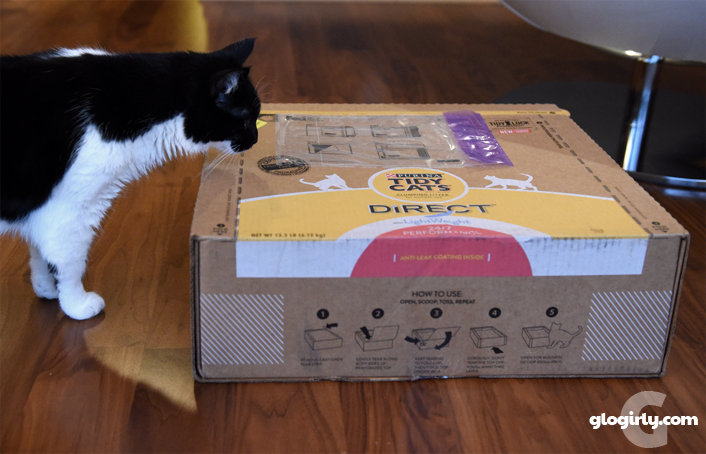 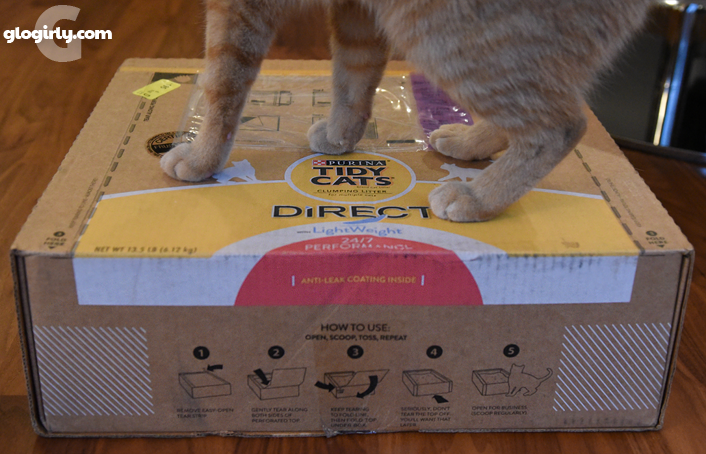 KATIE:  Boy, nothing gets past you, Waffles.

Direct to Our Doorstep & Disposable Too!
It was an exciting day for Waffles when the man in purple shorts delivered our new Tidy Cats Direct disposable litterboxes. You'd have thought he won the kittycat jackpot. 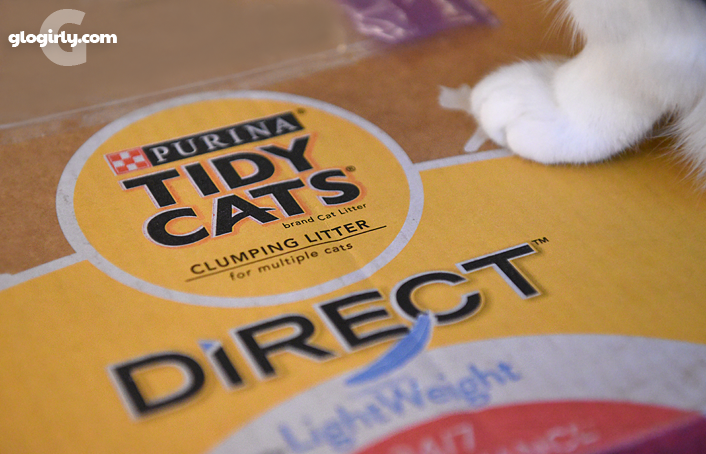 Open, Scoop, Toss & Repeat
It truly couldn't be easier. And convenient too.

Tidy Cats Direct is a self-contained disposable litterbox that arrives at your doorstep filled with litter and ready to use.

It's been years since Glogirly lugged litter home from the store. She's been buying litter online since before Waffles was Waffles.

But she still had to heave the big bags up the steps, dump out the old litter, clean the box, dump in the new litter, carry the old out to the garbage, being careful not to rip the bag (yes, it's happened more than once)... you get the picture. 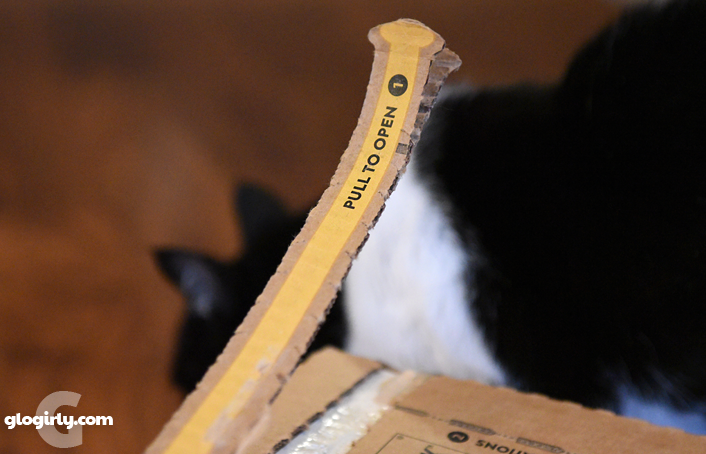 Setting up the box is super simple. Just pull the tab. 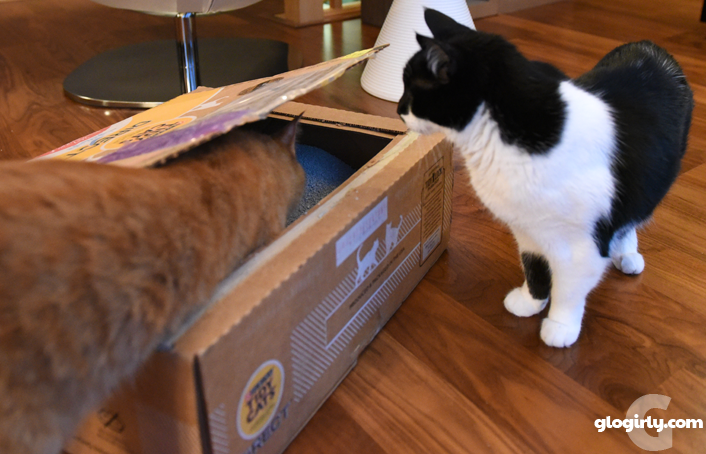 Then gently tear open the flap. The box is perforated to make opening a breeze. And it doesn't rip where it's not supposed to either. Fold the flap back and you're ready to go. 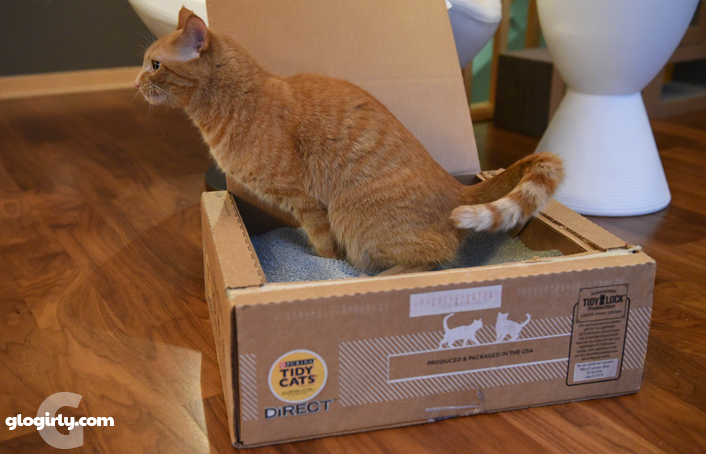 Waffles was in such a hurry to get inside the box, Glogirly didn't even have a chance to fold the flap and tuck it under the box. You'll notice the flap is scored in the middle - that's so it's easy to fold back and under. 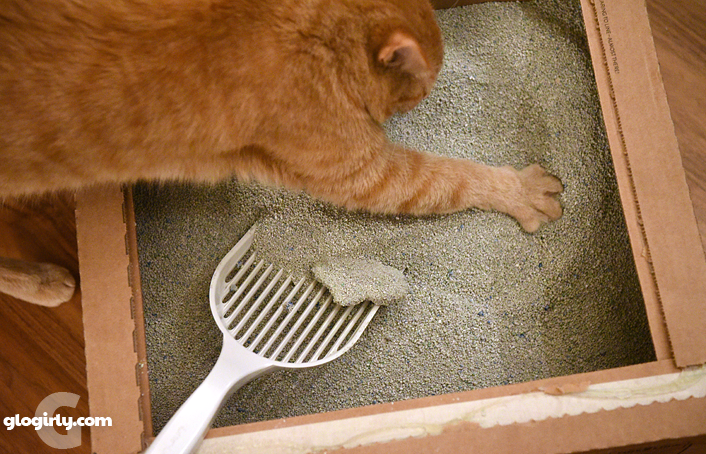 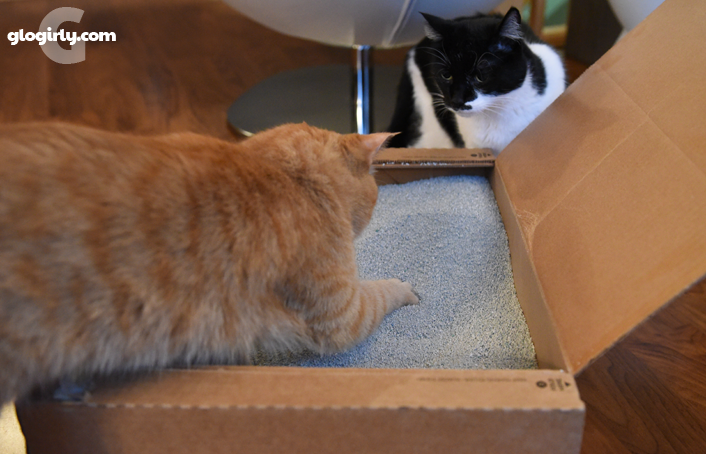 KATIE:  Seriously Waffles, Glogirly just opened this up and you're already digging to China. 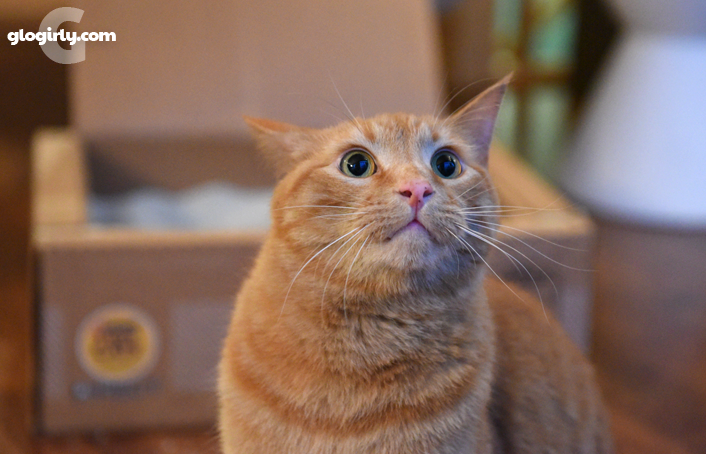 WAFFLES:  Maybe I want to go to China.

What on earth will Glogirly do with all this free time?
One of the most fun benefits of using Tidy Cats Direct is all time you'll save. Waffles and Katie have a few suggestions for Glogirly on how she should spend that time. 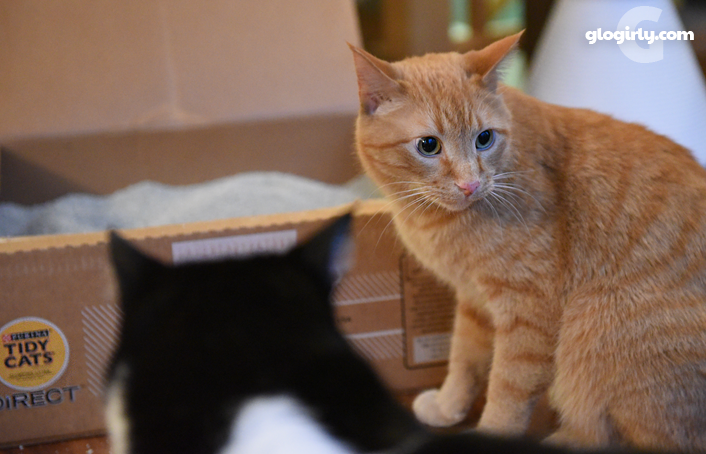 KATIE:  This means she'll have even MORE time to prepare our food. I'm seeing 3 squares a day plus snacks in my future.

It's a GIVEAWAY!
Our friends at Tidy Cats have generously offered one of our lucky readers not only a chance to try out Tidy Cats Direct, but a free one-year Amazon Prime membership so whenever you order Tidy Cats Direct through Amazon, your shipping will be fast and free.

If you're selected as the winner in our random drawing and already have an Amazon Prime membership, you'll receive a $99.00 Amazon gift card instead. How cool is that?!

Although the prize may only ship to a US address, readers worldwide are invited to enter. Should the winner reside outside the US, they may gift their prize to a US friend or shelter.

Just enter via Rafflecopter below and be sure to leave us a comment sharing what YOU would do with a little extra free time.


a Rafflecopter giveaway
This post is sponsored by Tidy Cats® for Purina®. As a TidyCatInsider, we are being compensated for sharing our experience with Tidy Cats Direct and offering a giveaway to our readers. GLOGIRLY only shares information we feel is relevant to our readers. Tidy Cats is not responsible for the content of this article.
Labels: Giveaway, GLOGIRLY-Tails Of A Cat And Her Girl, Product Review, TidyCatInsider