Ready or Not, it's POTUS Time 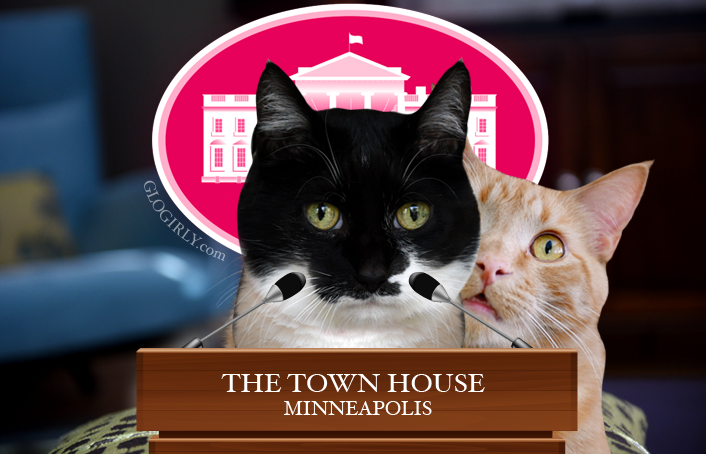 KATIE:  The next time we see you, there will be a new President of the United States.

WAFFLES:  You're going to be PRESIDENT, Boss?

KATIE:  No, Waffles. I'm not on the ballot so the chances are pretty slim. Besides, I'm already the President of the Town House.

WAFFLES:  That makes me your Chief of Stuff, right?

KATIE:  Exactly whose stuff are you talking about, Waffles?

Get out and vote!

Glogirly and Gloman voted early this year so you can bet they'll be watching the election coverage on TV Tuesday evening. Waffles will likely be entranced by CNN's John King and his magic electoral map. Watching him draw circles around the states with his finger is almost as much fun as chasing the red dot. Katie will be staking her claim to the softest pillow on the sofa while she keeps one eye open for snack opportunities.

No matter which side of the litter box you lean towards, your vote and your voice matters and we hope you'll exercise your right to vote and be heard. 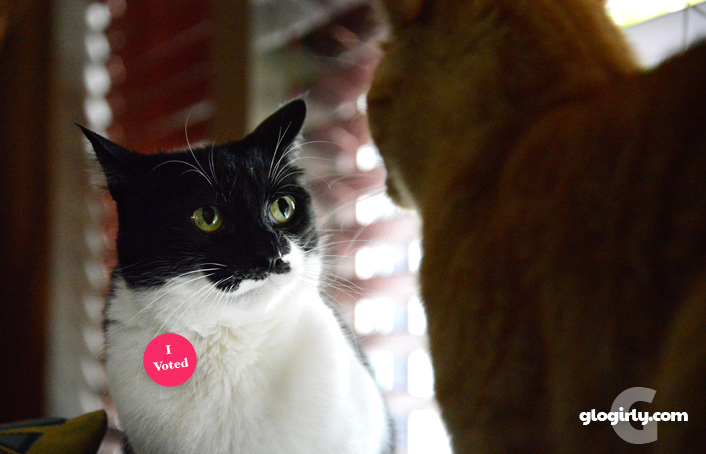 KATIE:  What do you mean you wrote in Colonel Sanders?