Waffles Goes to New Heights in the Name of Breakfast

8:04am CST
The Townhouse, Minneapolis MN 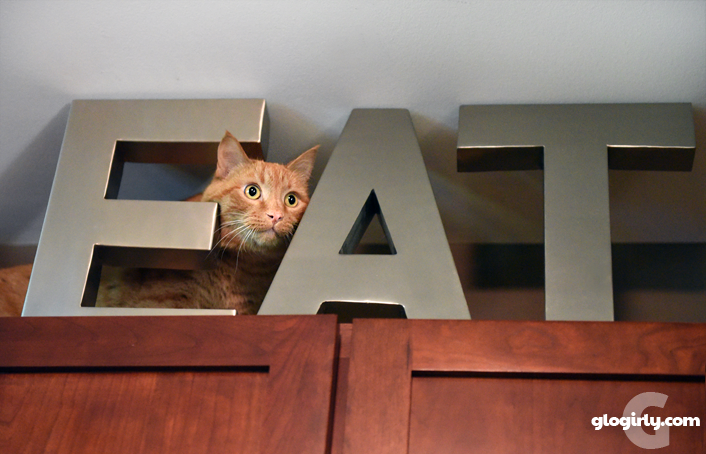 WAFFLES:  Boss! It's like a gazillion minutes after 8:00. Where's breakfast? 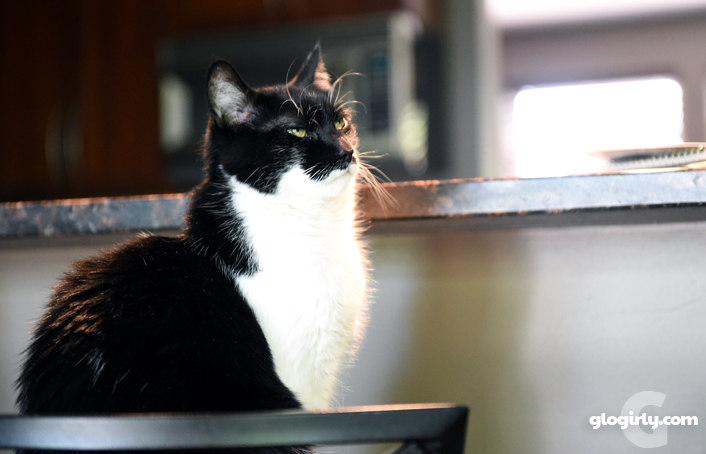 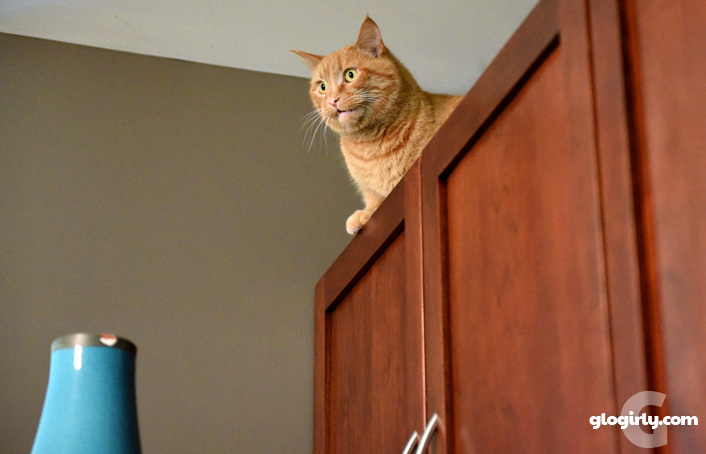 KATIE:  On top of the kitchen cabinets? 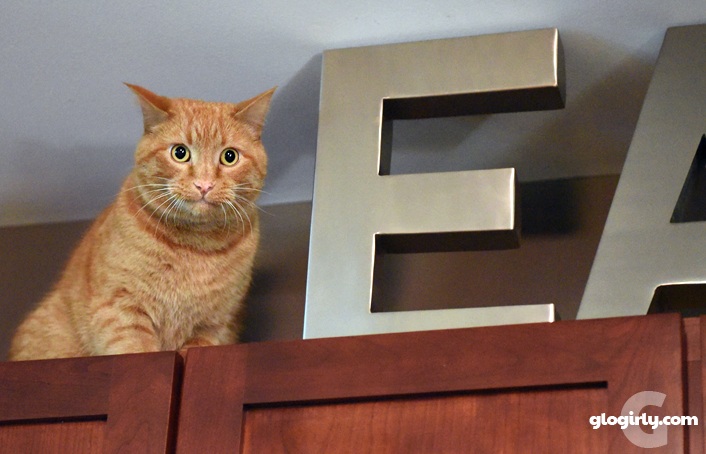 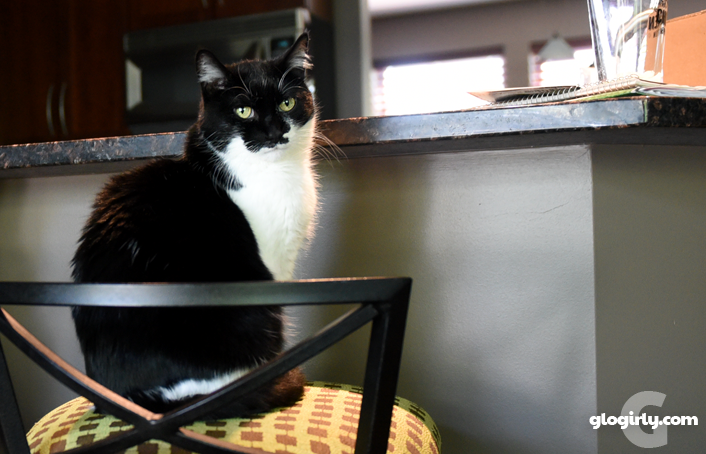 KATIE:  Waffles, I'm not sure what's more surprising. That you can read or that you're 11 feet up in the air. 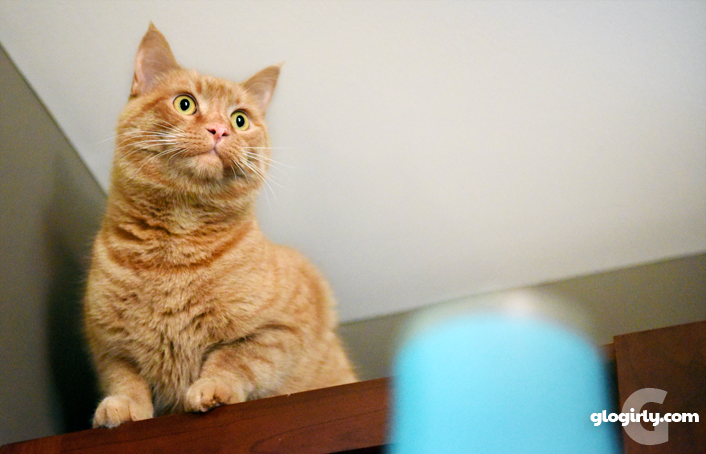 WAFFLES:  In the AIR? 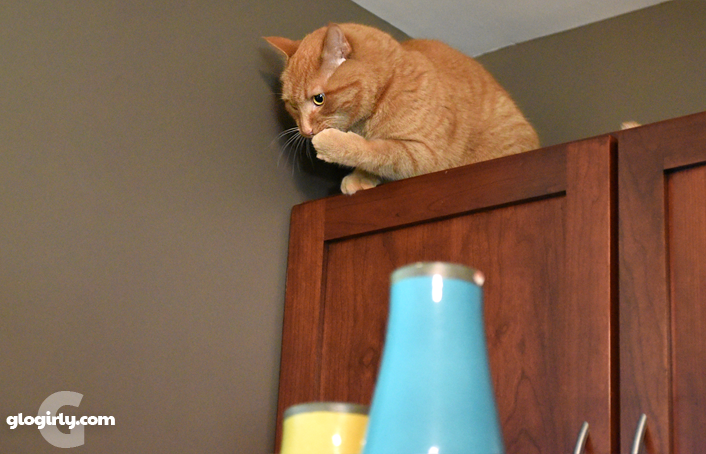 WAFFLES:  I've got to get down from here! Boss, how do I get down? 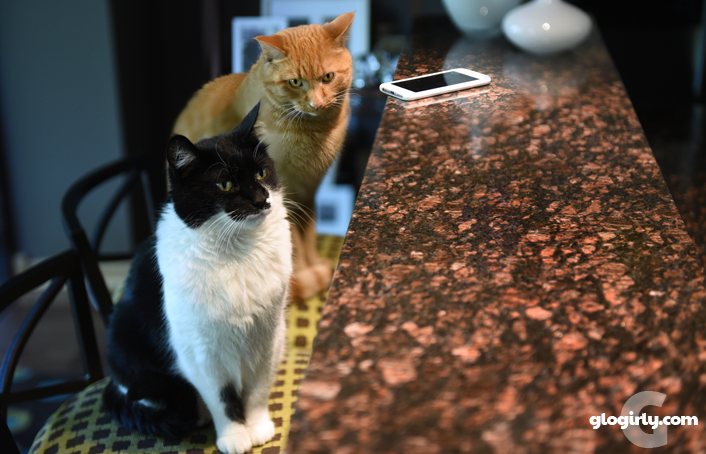 KATIE:  Guess you should have thought about an exit strategy before you climbed up the 11 foot obstacle course we call the kitchen.

About Today's Photos
Waffles has a new thing. And it's got everyone just a little bit unnerved.

After four years, he's discovered the tops of the kitchen cabinets. With the way they're built in and configured, access is anything but easy. Our extra tall ceilings mean Glogirly doesn't even get up there to clean. She installed those EAT letters 14 years ago and hasn't been up since.

Somehow Waffles figured out a pathway up last week and despite his trepidation when it came to the descent, he's repeated the adventure again and again.

We don't have the kind of kitty superhighways some of our friends have in their kitchens. Waffles has plenty of other climbing structures scattered throughout the house, but at least for now nothing compares to the allure of the kitchen and the mile high cabinets.