Is Glogirly Cheating on Us? #WafflesWednesday 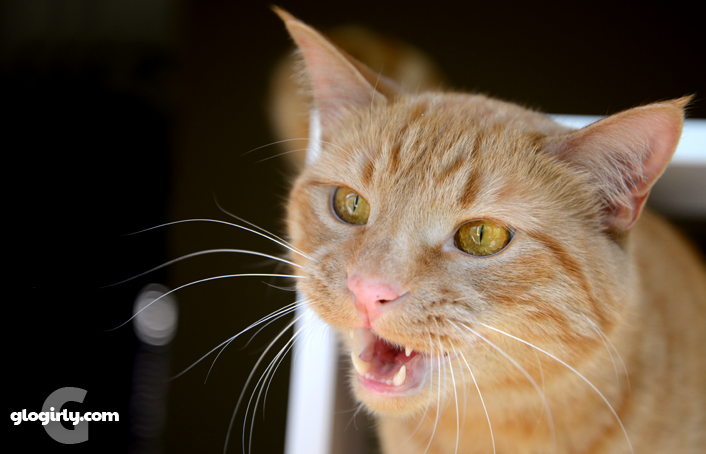 WAFFLES:  Boss!  I think Glogirly is cheating on us. You know, while she's away working and stuff.

KATIE:  How could she be cheating, Waffles? She's setting up Christmas displays in a showroom all day. She's surrounded by Santas and fake snow. Not cats.

WAFFLES:  I don't know, Boss. Look at these. Maybe she's getting ideas for our Christmas outfits for next year. 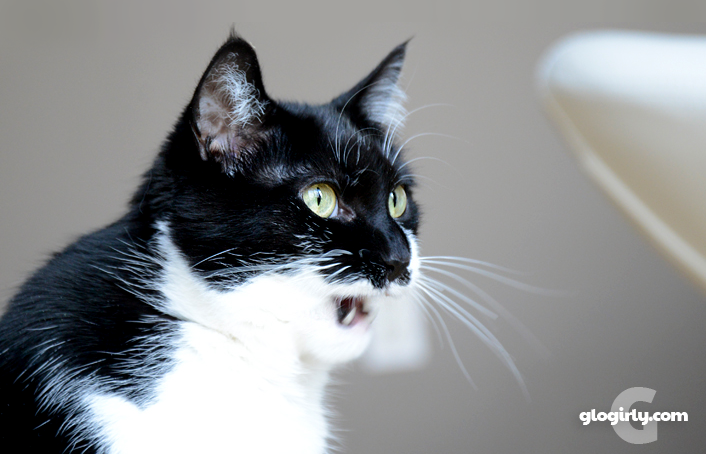 KATIE:  I'm SO not wearing a beard. (see below)

She figures she's set up displays with nearly 200 Santas! And here we thought there was only ONE Santa. A few of those Santas have... wait for it... CATS! We thought you'd like a glimpse of some of the collectable Santas she's working with and their kitties. These are close up "macro" photos so you can see all the sweet details. Each of the Santas holding these cats stands at about 11" high or so. The kitties are teeny-tiny. Most of their heads are smaller than the tip of Glogirly's thumb! 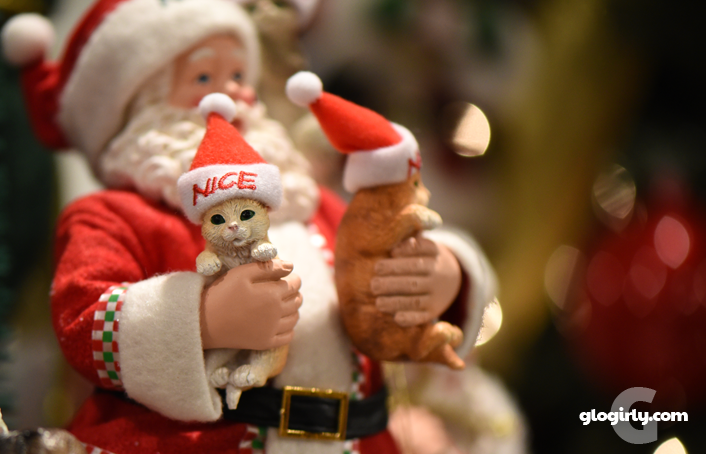 Gee, what do you think is written on that orange one's hat? Did you know Santa is also a VET??? Look out, kitties! 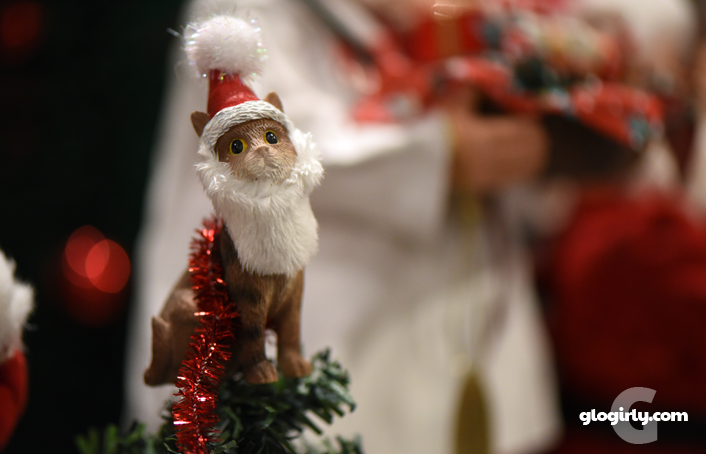 And then there was the beard. 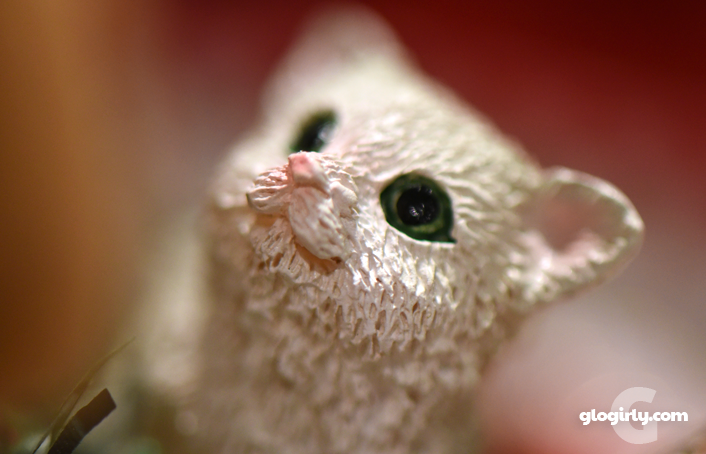 All of the details in the kitties, and the Santas, are painted by hand. From the pink noses to the green eyes. 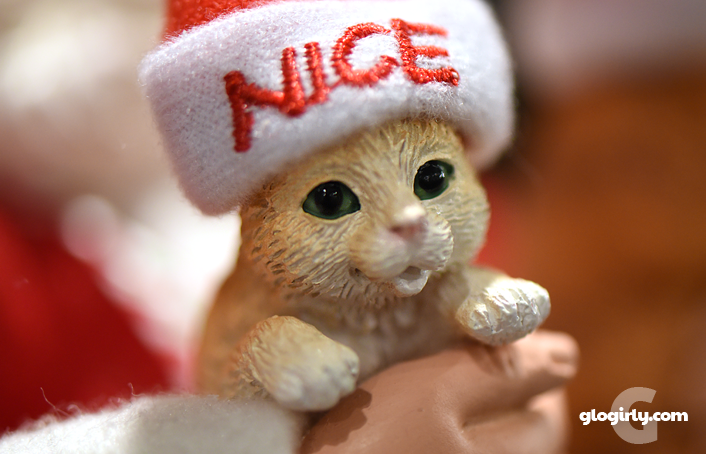 Katie's not quite sure this little orange guy (who we've dubbed 'Waffles') is wearing the right hat. 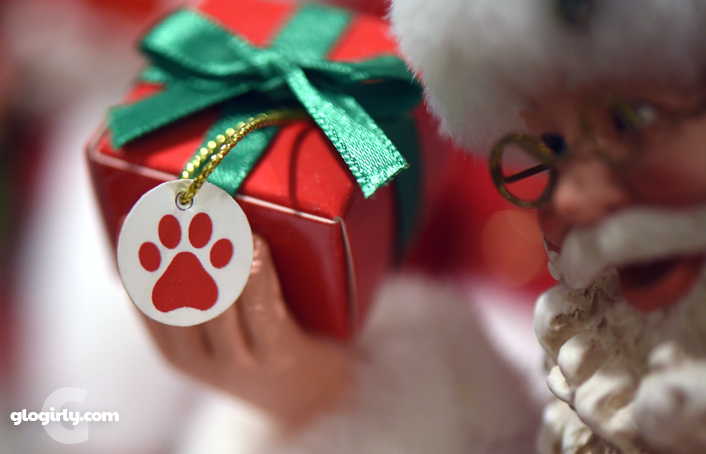 All of the Santas and kitties you're seeing are from the Department 56 Possible Dreams Collection for 2016. Soon the World Center Market in Vegas, where Glogirly is setting up their holiday displays for them, will be bustling with retailers swooning over the new lines of merchandise and placing their orders for next Christmas.

The only order we're interested in though, is ordering Glogirly HOME!