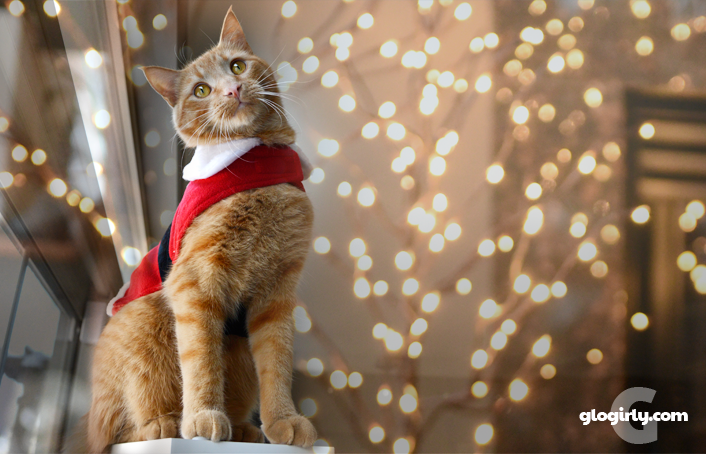 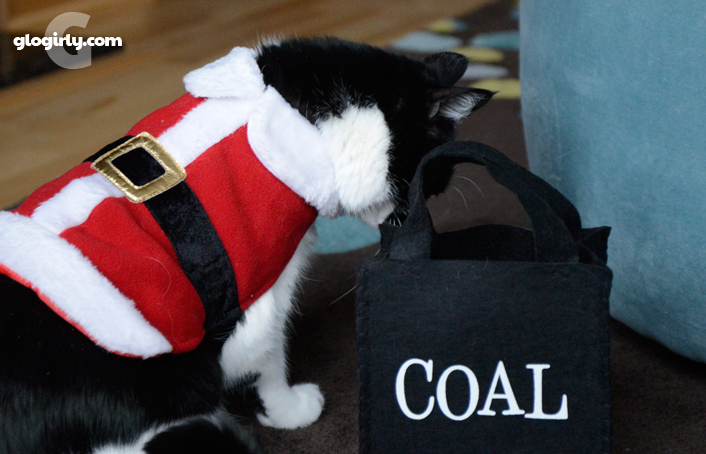 KATIE:  Just three more sleeps, Waffles. Plenty of time before I give you your Christmas gift. 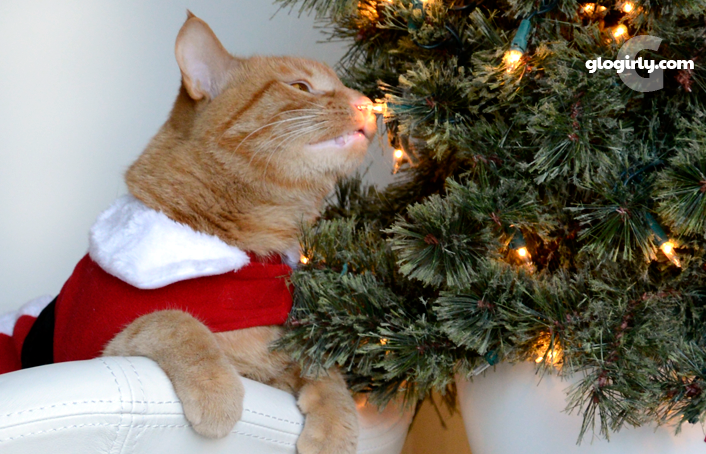 WAFFLES:  Awww, Boss. You shouldn't have! 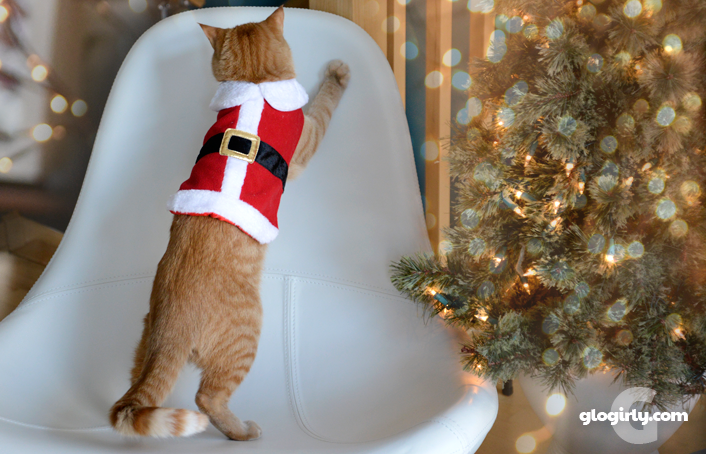 Katie and Waffles are missing their girl, but probably not nearly as much as their girl is missing them. She's been working in Atlanta, setting up Christmas displays for over a week now. One of the displays she's been creating has over 144 Santas featured in it. But none nearly as adorable as Santas Waffles and Katie.

Labels: GLOGIRLY-Tails Of A Cat And Her Girl, Santa Katie, Santa Waffles