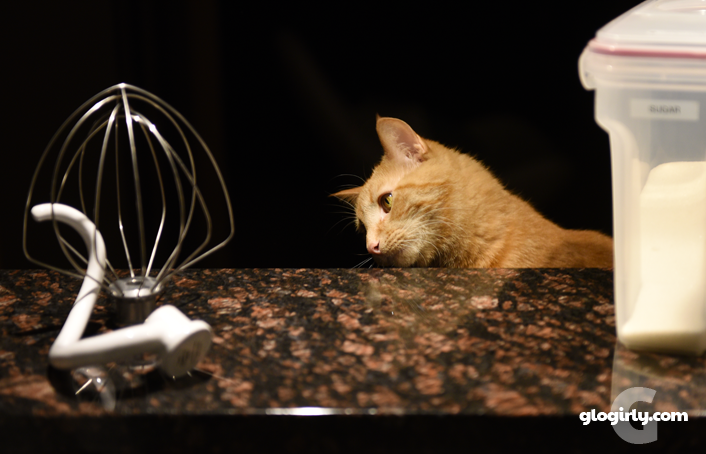 WAFFLES:  Hey Boss? What's this thing?  Is it a hat? Like maybe a Thanksgiving hat?

KATIE:  Waffles, it's not a hat. It's the whip from Glogirly's mixer. Don't touch it. 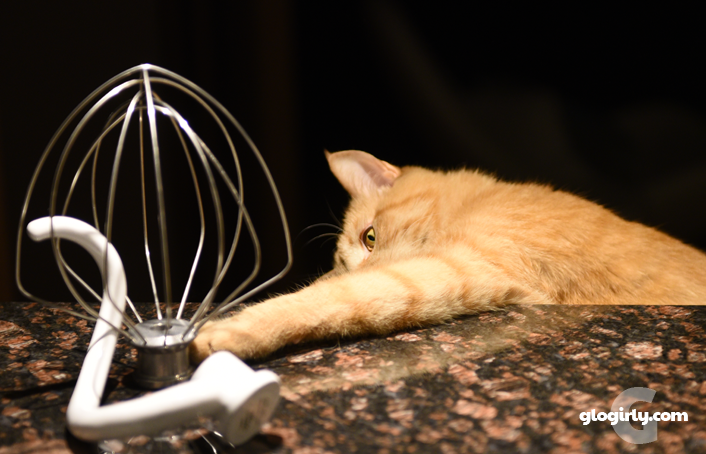 WAFFLES:  Glogirly has a WHIP???

KATIE:  What did I say about touching it?

WAFFLES:  So what was Glogirly whipping? 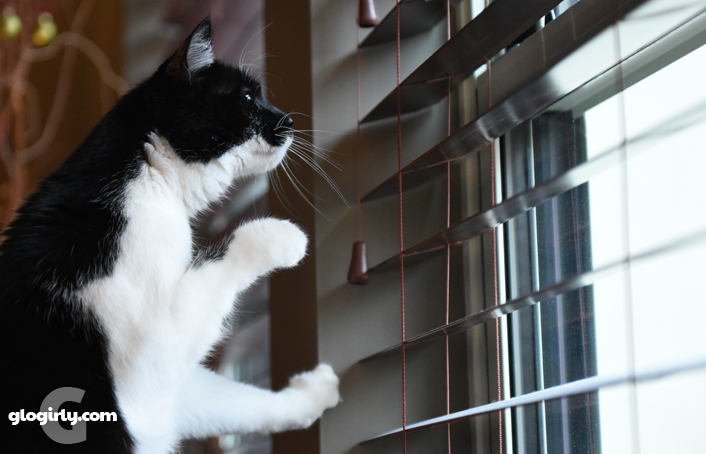 KATIE:  Cupcakes. She was baking cupcakes for our party today. Our guests are arriving any minute now.

WAFFLES:  Cupcakes? What kind of cupcakes? 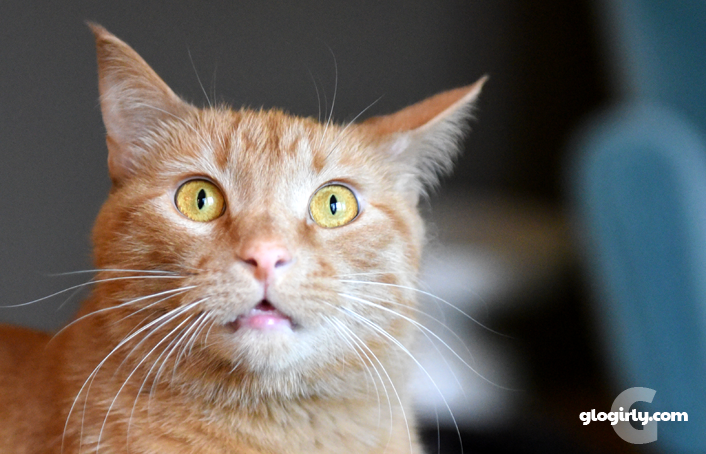 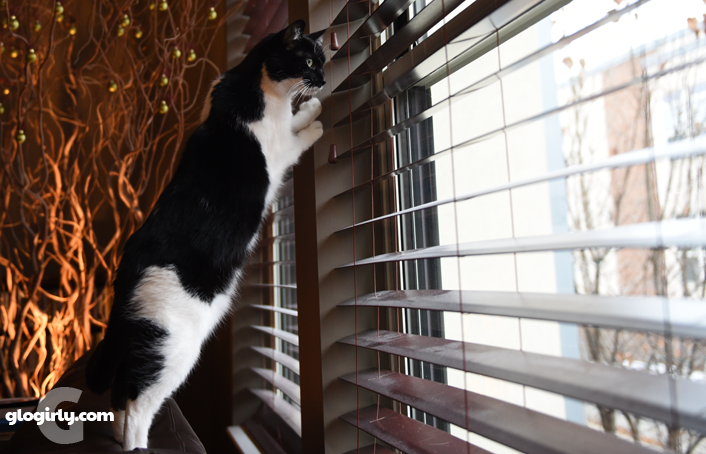 KATIE:  Waffles, don't be ridiculous. Hummingbird cupcakes don't have real hummingbirds in them.  That would be crazy.

KATIE:  Waffles, there's no such thing as a chicken cupcake, a turkey cupcake or any kind of poultry cupcake. Cat's don't even EAT cupcakes. 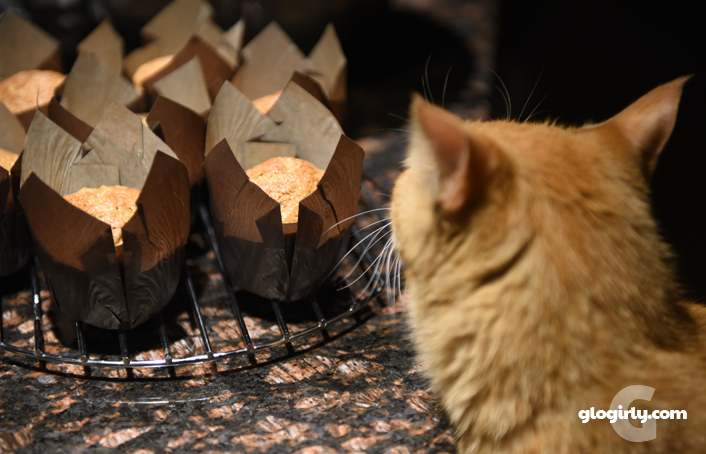 WAFFLES:  So how did she get the hummingbirds inside these cupcakes???

Hummingbird Cupcakes
Hummingbird cake is an old southern recipe. Spicy and sweet... a little bit like carrot cake. Gloman likes his naked, but Glogirly usually tops them with a dollop of cream cheese frosting. She was still whipping up the frosting when she took this photo but rest assured, there's frosting in their future. 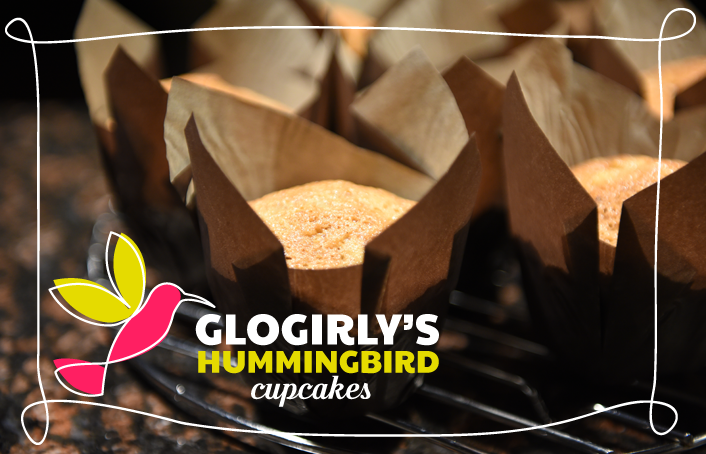 3. Add oil and vanilla to beaten eggs and mix until somewhat combined.

6. Add to the rest of ingredients and stir to combine.

Bake at 350 degrees for ~25 minutes until golden and a cake tester comes out clean.

Because everything's better with...

1.  Sift confectioners' sugar ahead of time.

3. Add in sugar a little bit at a time, beating with mixer on high. 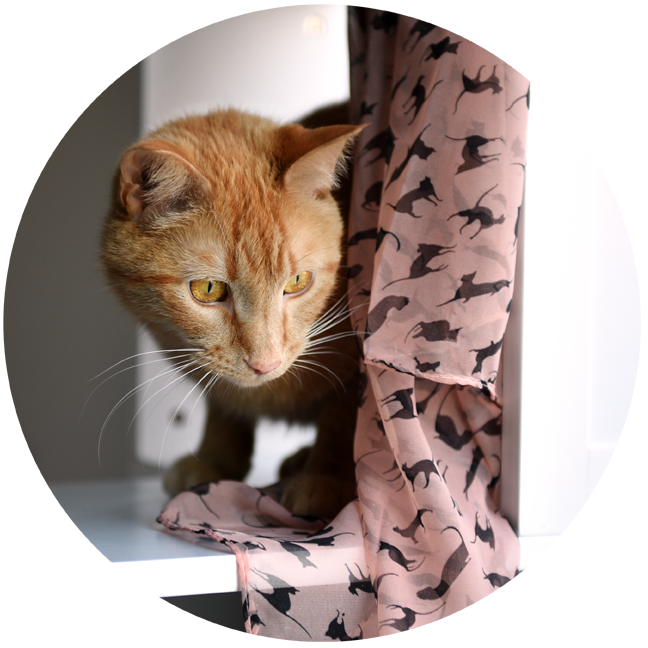 Cat Print Scarf Giveaway &
Free Shipping Offer
Don't miss out on these gorgeous cat print scarves from Triple T Studios. We're giving away three and we've got a sweet free shipping offer for you! Scarves come in three color palettes and are priced at $9.99 each. Giveaway open worldwide.
CLICK HERE FOR DETAILS AND TO ENTER GIVEAWAY 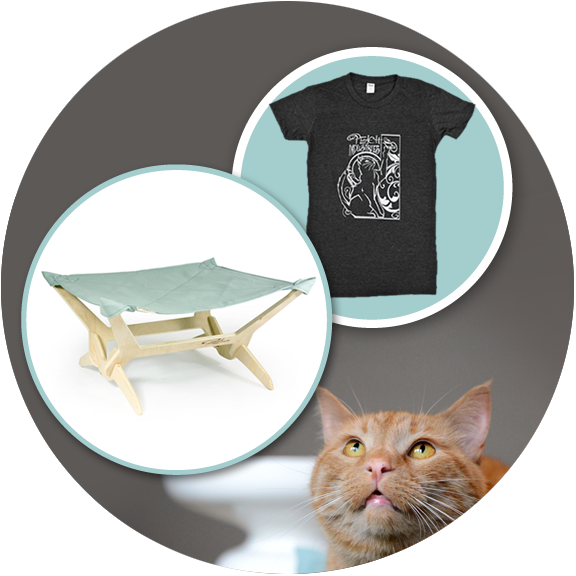 Thanksgiving Giveaway for You & Your Favorite Shelter
Win a Peach Industries Kitty Lounger for your favorite rescue shelter and a t-shirt for you! Giveaway open worldwide.
ENTER HERE 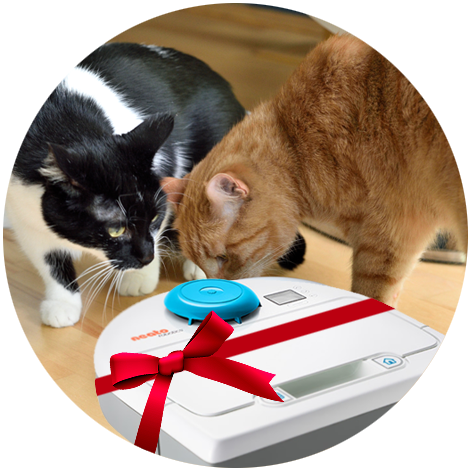 Labels: GLOGIRLY-Tails Of A Cat And Her Girl, Recipe