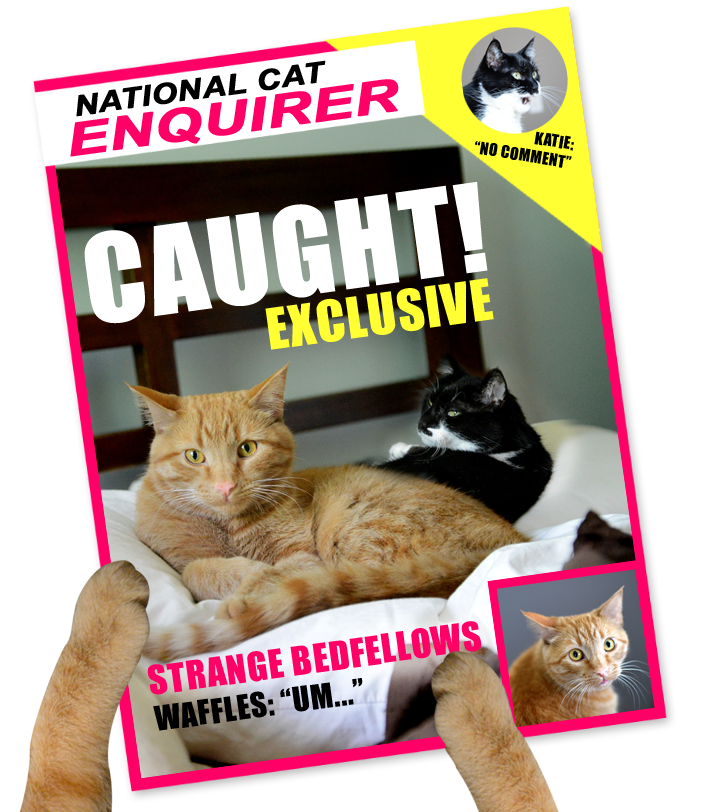 Breaking news out of Minnesota today. Two cats were caught on camera in a secret rendezvous at a Minneapolis Townhome just hours ago. Although their identities have not yet been confirmed, it is rumored they are Katie & Waffles, the tuxedo and orange tabby of the GLOGIRLY cat blog.

The anonymous photographer that captured these incriminating photographs described the scene: "I entered the darkened bedroom to find a completely disheveled bed. It was king size. The two cats were just laying there, completely exposed, on adjoining pillows. They appeared to be sleeping, so I slipped away to retrieve my camera." 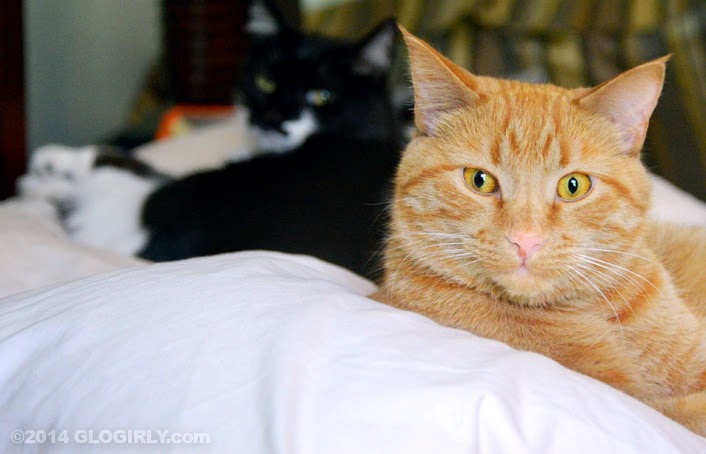 "When I returned, the two cats had awakened. I turned on the lights and fired my camera again and again and again. I couldn't believe it. I've heard the stories. These cats are supposed to be rivals, enemies even. Not bedfellows. They just looked at me. It was creepy."

National Cat Enquirer contacted the real Katie and Waffles for comment. Katie has not yet returned our calls. Waffles quickly responded, "Um." 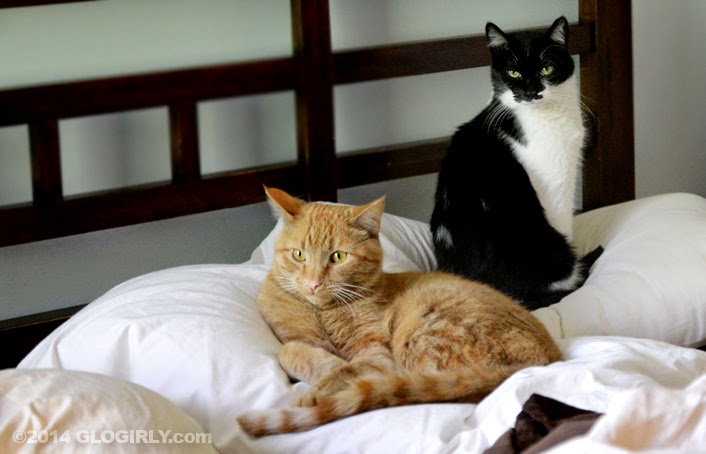 The photographer, obviously shaken, went on to explain, "All of a sudden the black and white one sat up. She was glaring at me. I was lucky to get out of there alive."

We'll be continuing to follow this story as details develop and the identities of the two cats can be verified.