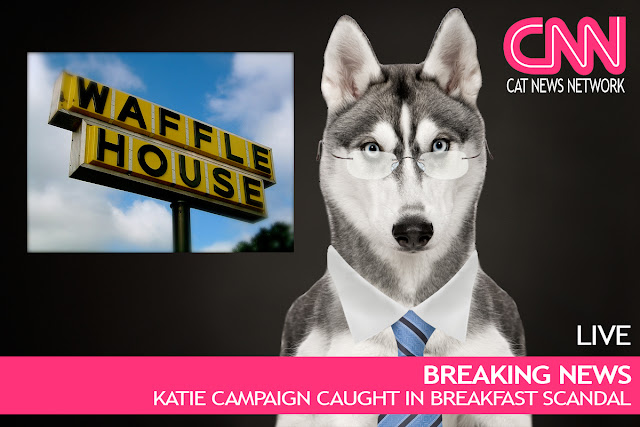 Earlier today yet another campaign scandal has thrown Team Katie right in the center of the spotlight. Anonymous tipsters have uncovered surveillance photos of Katie and campaign intern, Waffles, at a well-known dining establishment. 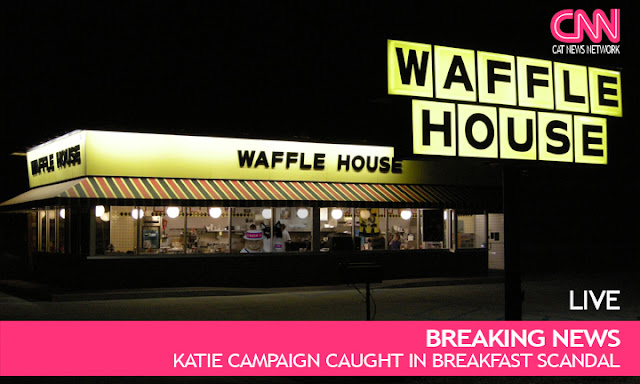 Two cats resembling the candidate and campaign intern can be seen seated in a south facing window booth. Campaign Manager, Cathy Keisha has released a statement confiming Katie and Waffles the intern did indeed dine at the above pictured restaurant. 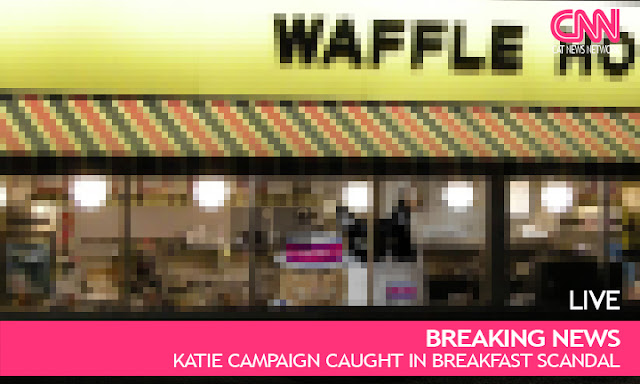 The poor quality of the surveillance photograph has made it impossible to tell what the two were doing in the diner or what they ordered. This entire incident raises obvious questions of abuse of power and inappropriate contact with a campaign staffer.

Here with me now via satellite is Katie. 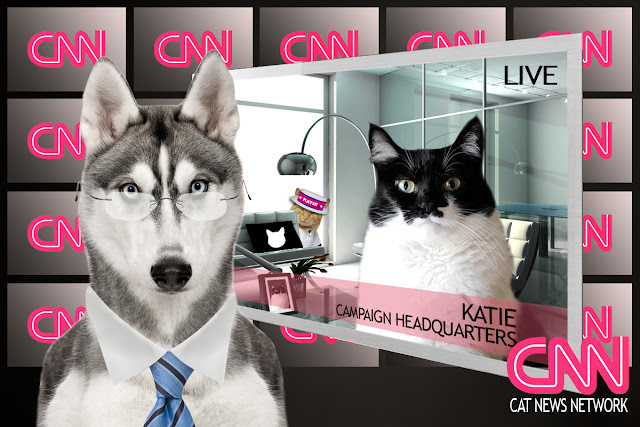 WOLF:  Thank you for joining us, Katie. CNN has confirmed that you and campaign intern, Waffles, were seen and photographed inside a local dining establishment. How do you respond to the allegations of impropriety and inappropriate contact with a campaign staffer? 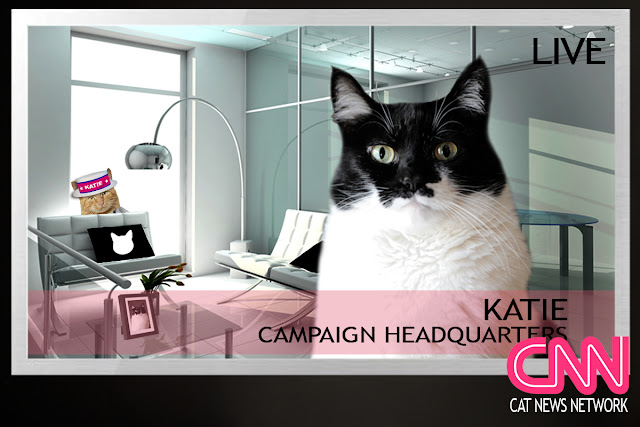 KATIE:  Wolf, now listen to me. I did not have breakfast with that cat, Waffles.

WOLF:  Katie, how do you explain the surveillance photo evidence showing you and Miss (or is it Mr?) Waffles at the now known dining establishment?

KATIE:  Wolf, I repeat, I did not have breakfast with that cat, Waffles. This has clearly been blown way out of proportion. I ordered a cheeseburger and Waffles had the chicken ceasar salad. There was no maple syrup exchanged at our table.

We hope you're enjoying our political spin. There's more silliness on the horizon, in fact you never know what political landscape Katie might find herself in the middle of. We think laughter is food for the soul. Some may say even tastier than salmon...or in the case of today's post, a cheeseburger.

Please come back tomorrow for a VERY special post dedicated to Homer the Blind Wonder Cat and Blind Cat Rescue!