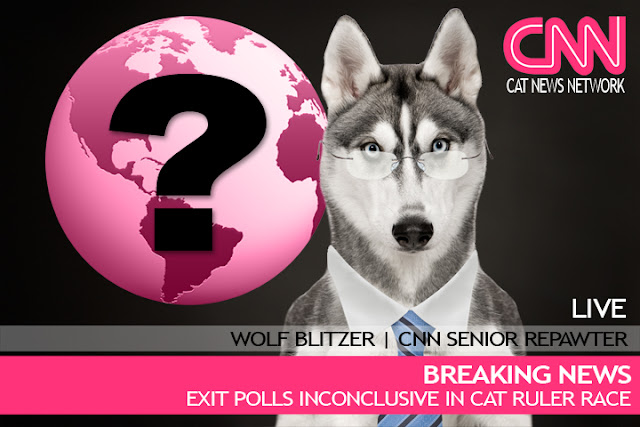 Hello I'm Wolf Blitzer, here with the best political team in the blogosphere.

This is the last day to vote in the highly publicized, often controversial, Cat Ruler Of The World Campaign For A Cause Contest. Polls close at midnight tonight, PACIFIC standard time.

CNN's John King is here in the studio and Political Correspondent Candy Crowley joins us live via satellite from Minneapolis, Minnesota. 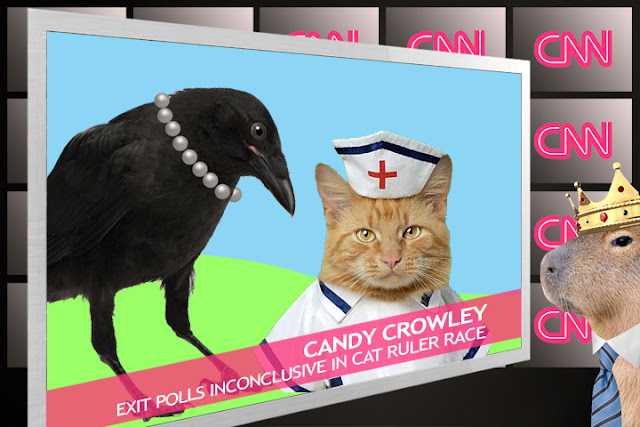 CANDY CROWLEY:  John, I'm here in Minneapolis, home town of Katie, one of six candidates in the Campaign For A Cause Contest & Election. I'm talking with voters on their way out of the polling booths to get a feel for which way the cats are leaning.

I'm here with Waffles, a registered nurse at a local animal hospital. Ms. Waffles, who did you cast your vote for today?

JOHN KING: Ms. Waffles, which candidate did you support with your vote today?

WAFFLES:  Um, I voted for Ka..um I mean Sparkles. 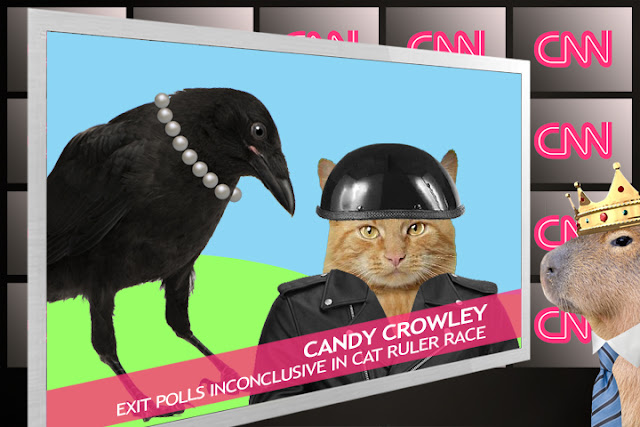 CANDY CROWLEY:  John, this is Waffle-T, a local leader of the Minneapolis Motorcat Association. Mr T, who are you supporting in the election?

JOHN KING: Mr Waffle-T, which candidate had the most compelling platform for you?

WAFFLES:  Um, that would have to be Ka...I mean Austin. I'm originally from Texas so I'm just here to support the team. Um, Go Cowboys.

CANDY CROWLEY:  Ok John, that's one for Austin the candidate from across the pond in the UK. (rolls eyes) 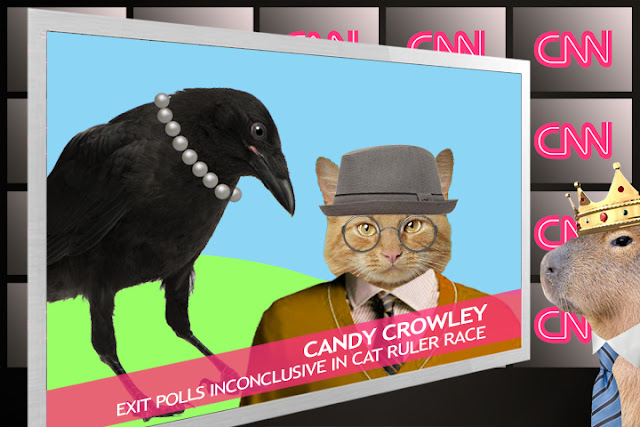 JOHN KING: Candy, who do you have with you now?

CANDY CROWLEY:  John, this is Professor Waffles, from the Department of Agriculture at the University of Minnesota. He's heading up the Catnip Crop Cloning Coalition. Prof. Waffles, who are you supporting in this critical election?

CANDY CROWLEY:  Alright John, that's a solid vote for BRIAN, the altruistic cat who has managed to keep his name out of the tabloids and win over a piece of the academic community. 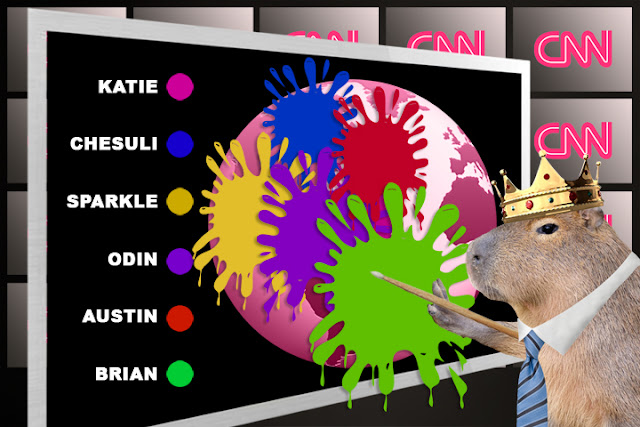 JOHN KING:  Thanks Candy. Very insightful exit polling. Let's take a look at what this means on my magic map.

We've got all six candidates on the left of your screen, each represented by their own unique color.
I'm seeing a tremendous amount of support for each candidate within regional pockets of the world. There is some messy overlap though, probably due to numerous multi-cat households who can't agree on who to vote for.

Wolf, even with just one more day of voting, it's simply too close to call. 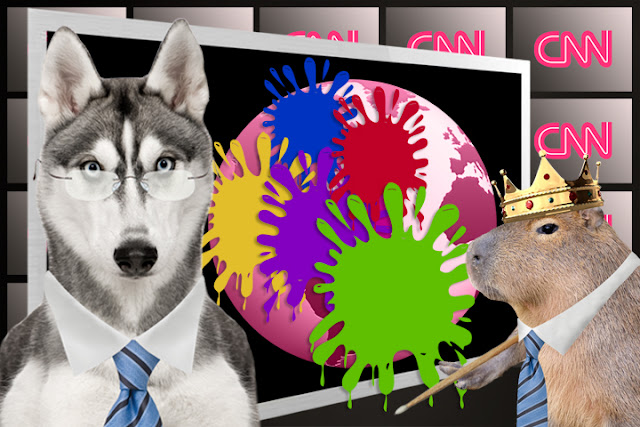 WOLF:  Thank you, John. CNN is not yet ready to make any official projections. We suspect it will be a number of days before a winner can be determined.  I find it curious though how there are so many voters in Minneapolis named Waffles.

IT'S THE LAST DAY TO VOTE in the Campaign For A Cause Contest.
We hope we've made you laugh at our political antics and smile at our silliness.
We hope we've touched your hearts by sharing with you the amazing kitties and people of Blind Cat Rescue.

Vote with your heart, all of the shelters are deserving.
Glogirly and I ask that you think of Blind Cat Rescue when you click the box. 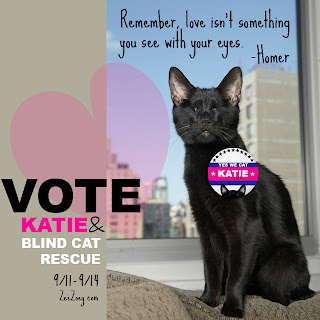 "Please help the cats of Blind Cat Rescue & Sanctuary by voting for Katie in the Campaign For A Cause Contest. Remember, love isn't something you see with your eyes." - Homer, Blind WonderCat