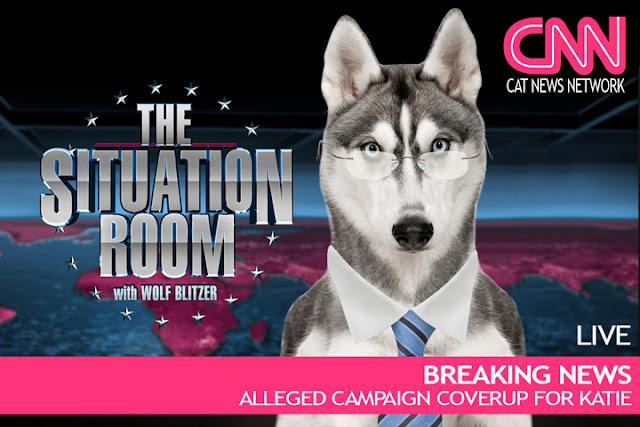 Hello, I'm Wolf Blitzer and you're in the Situation Room.

Just today CNN has broken a shocking campaign scandal wide open. Sources reveal Katie, the Cat Ruler of the World Candidate from Minneapolis, has covered up a seemingly criminal past.

I'm here with John King, part of the best political team on the blogosphere. John, what can you tell us about this latest development in the Campaign For A Cause Contest? 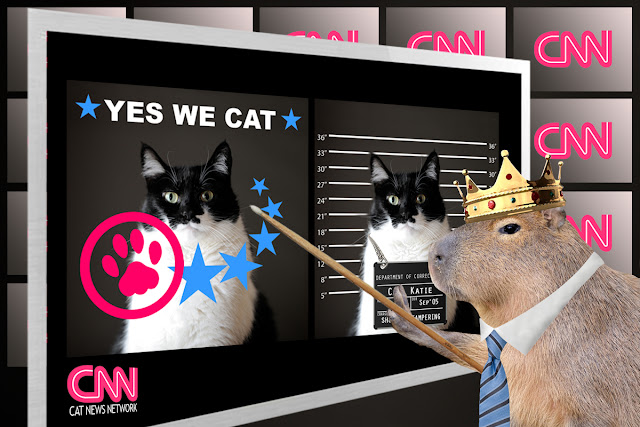 JOHN KING:  Wolf, these two photographs have been making the rounds in the Twitterverse. Notice the striking similarity between them. The photograph on the left we all recognize as Katie's official campaign poster. Team Katie has been tweeting this out to followers and supporters since the campaign began nearly three weeks ago. 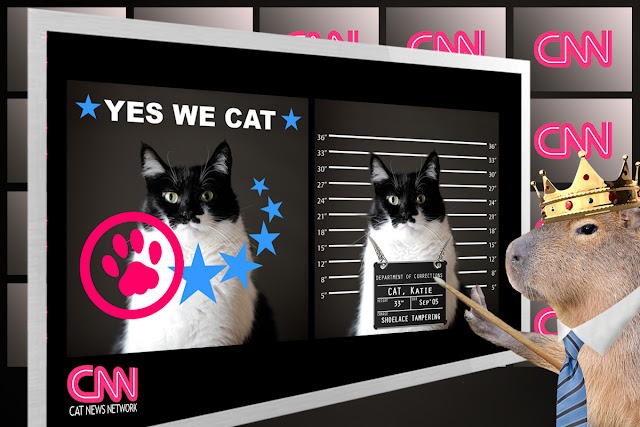 JOHN KING:  On the right, we see a mug shot tweeted by the Cat-Drudge Report. This certainly gives merit to rumors that Katie is hiding a secret and criminal past. It also illustrates what some would describe as reckless, even brazen behavior, using a doctored mug shot for official campaign propaganda.

WOLF:  John, I can't quite make out the details on the mug shot. 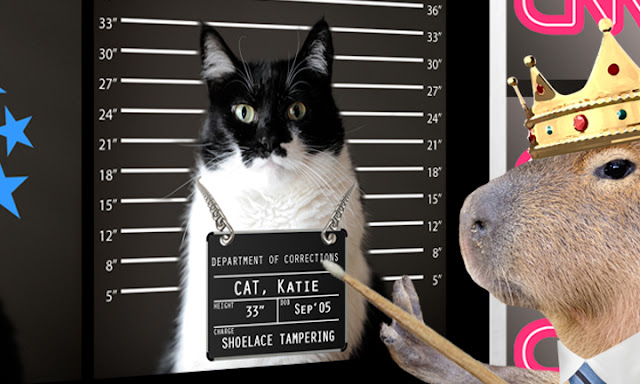 JOHN KING:  Wolf, the placard clearly shows the convicted cat's name as, KATIE CAT. Height 33", don't know if that's toes to ears or nose to tail. Date of birth, September 2005. The charge listed is SHOELACE TAMPERING.  Although sources confirm that Katie has since been cleared of all charges, her reputation may still be suffering. Ancient history or not, there's no telling what this will do to her campaign. 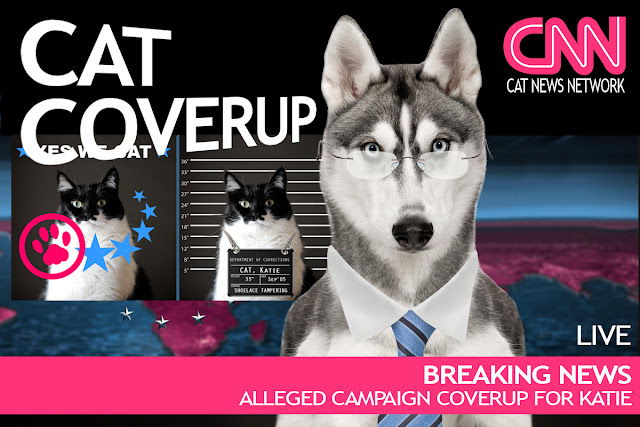 WOLF:  Thank you, John. CNN has contacted Team Katie, however due to perviously scheduled naps, no one has been available for comment. We will be watching this story very closely in the coming days.

We hope you're enjoying our political spin. There's more silliness on the horizon, in fact you never know what political landscape Katie might find herself in the middle of. We think laughter is food for the soul. Some may say even tastier than salmon. And certainly easier on the hips than chocolate.