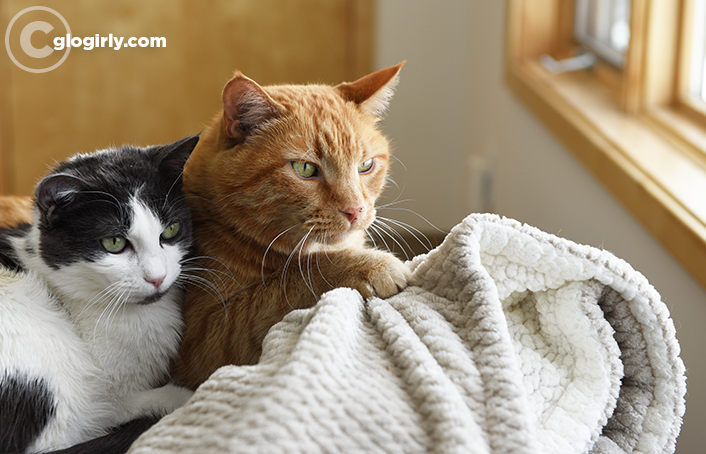 ELLIE:  Mr. Waffles, isn't it the wrong time of the year for all that white stuff?
WAFFLES:  That's a LOT of white stuff. 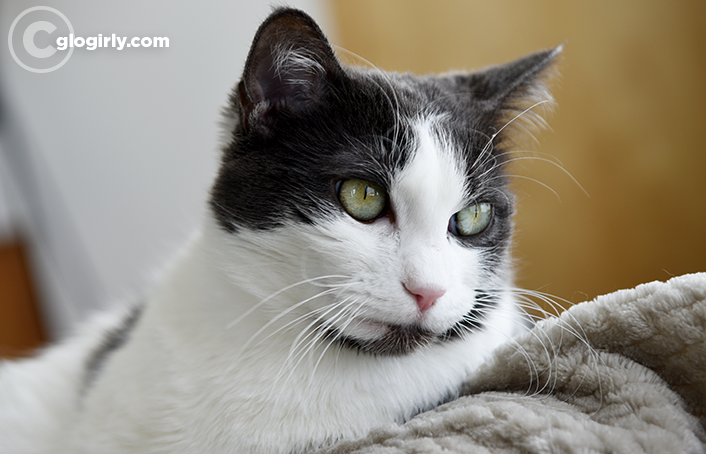 ELLIE:  It looks taller that YOU, Mr. Waffles. 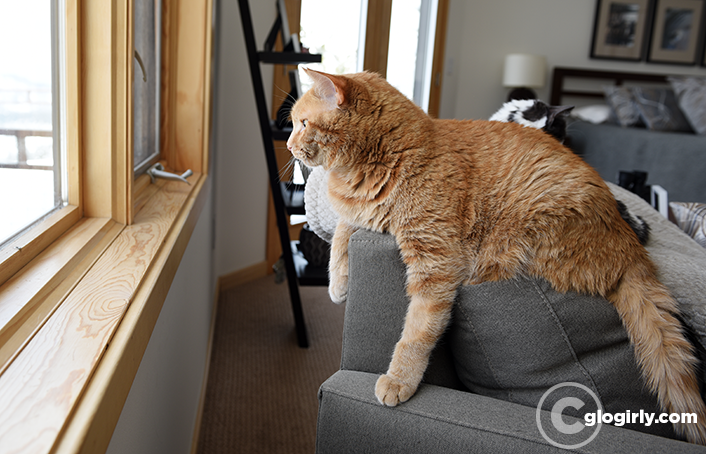 WAFFLES:  No way, Ellie. I'm super tall. You know, for a handsome mancat and all. 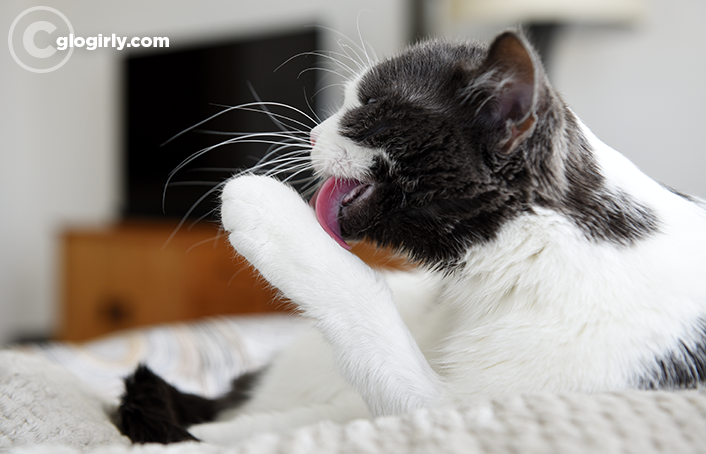 ELLIE:  You're not that tall, Mr. Waffles. 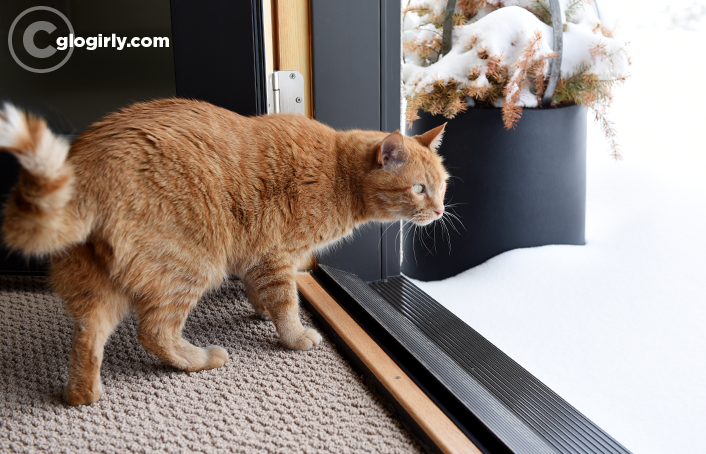 ELLIE:  Ok, Mr. Waffles. Do you still feel super tall? Maybe you should go on the deck and see how deep the white stuff really is.
WAFFLES:  Yeah, no.

While our east coast friends have been sweltering in 90+ degree heat, we had a spring snowstorm or epic proportions. Wo much snow fell, that Glogirly couldn't even get to the only ski area still open in Colorado. Interstate 70 and the mountain pass both shut down due to the extreme conditions. 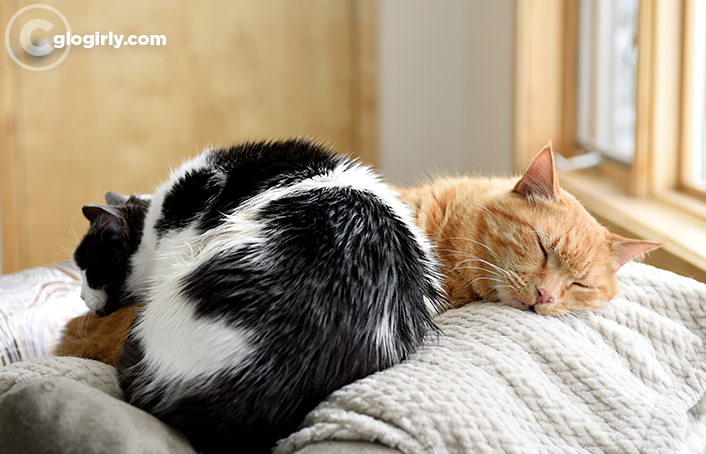 Ellie and Waffles know just what to do when the snow starts flying though. 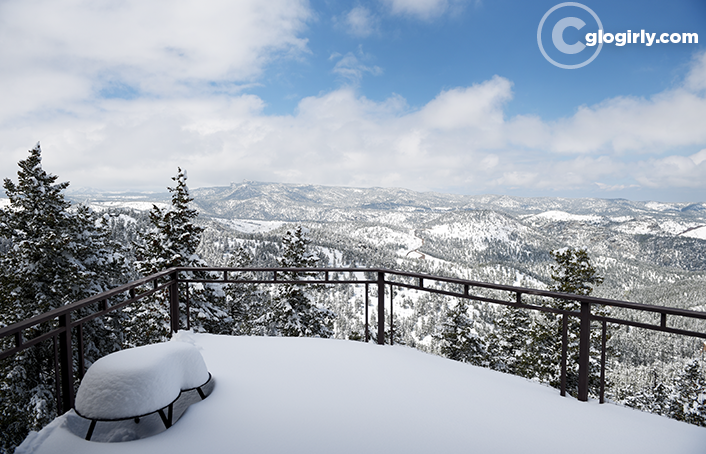 Here's the view off our back deck the morning after. The snow is melting FAST. What was over 18" is
now just a few. 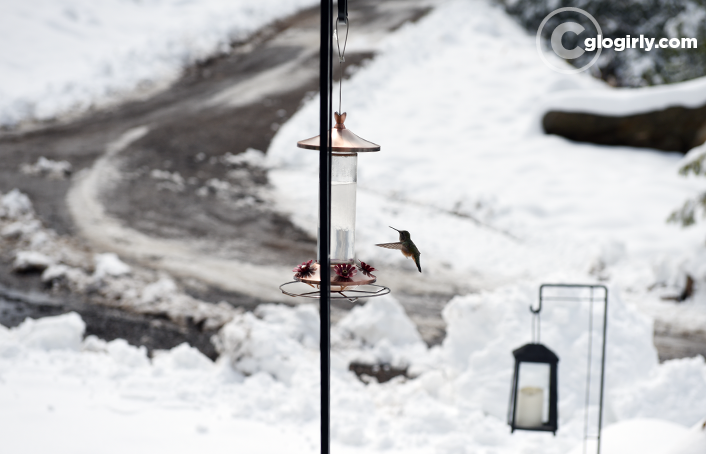 The hummingbirds didn't let a little snowfall stop them from enjoying their breakfast! 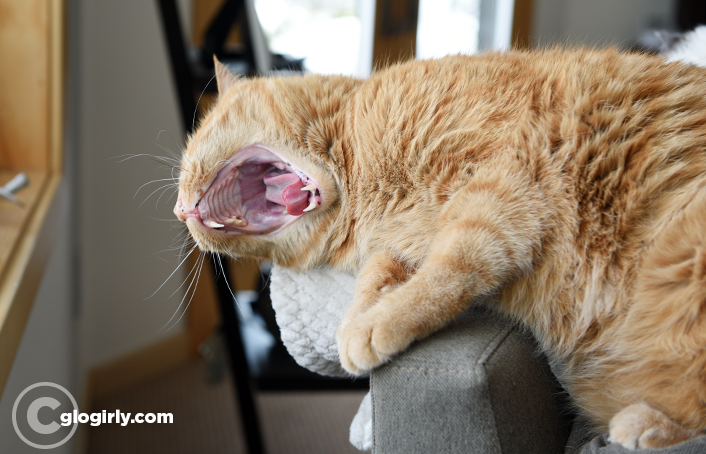 Meanwhile, back at the bedroom napping chair...
Labels: GLOGIRLY-Tails Of A Cat And Her Girl