Flying Feathers - Playtime With Our CatDaddy 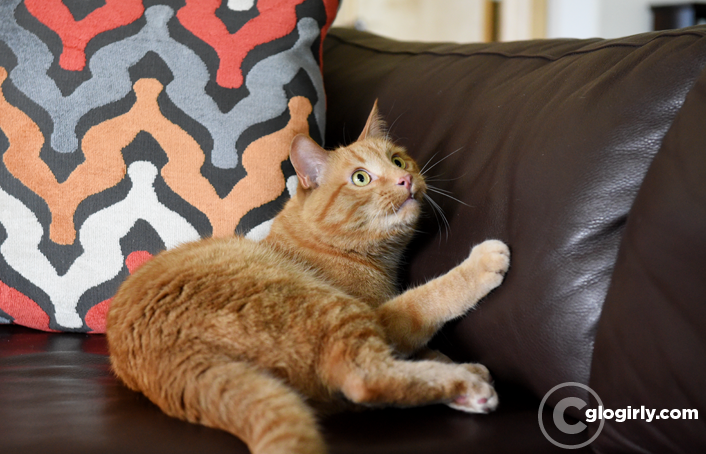 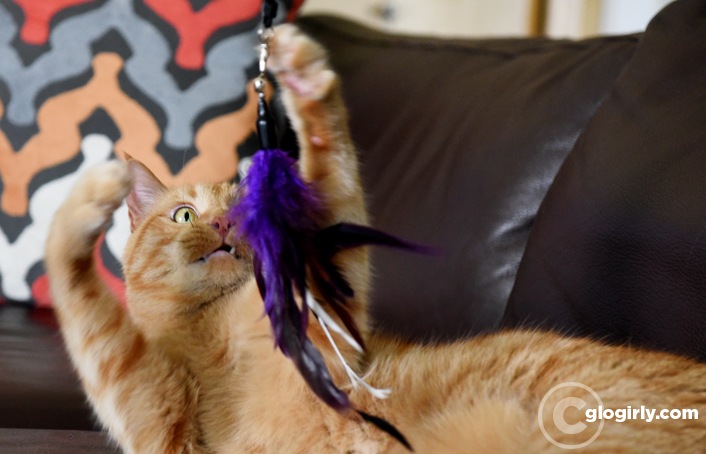 WAFFLES:  Waffles the great wand toy warrior catches his feather in one paw!

WAFFLES:  ...and the crowd goes WILD! 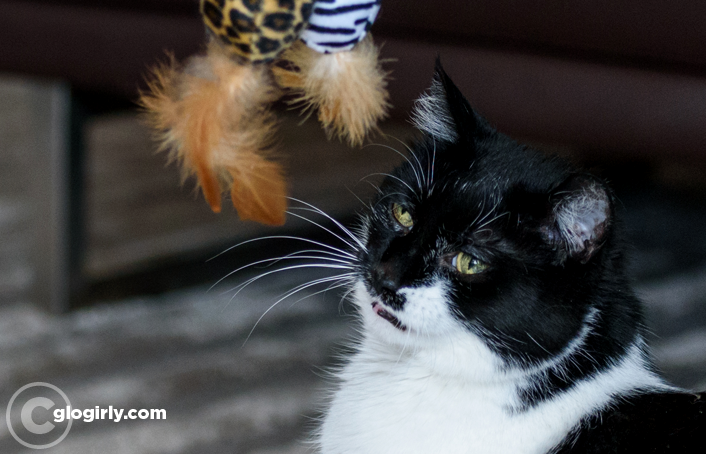 KATIE:  FYI, Waffles. You're not the only one that Gloman plays with around here. 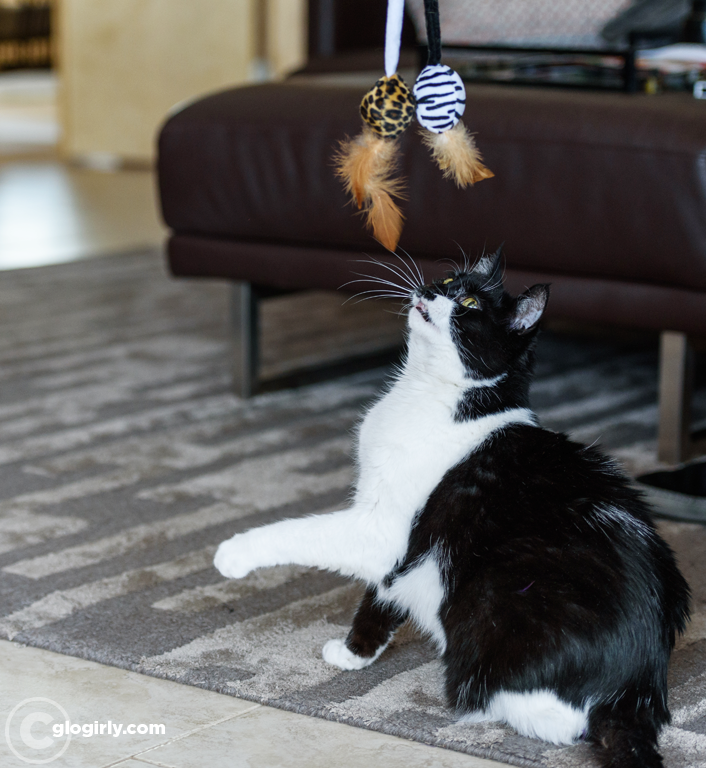 KATIE:  And it looks to me like you're laying down on the job. Pretty lazy form if you ask me. 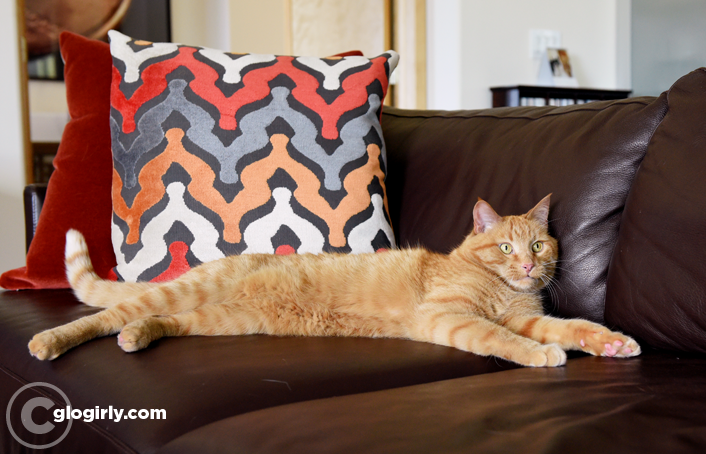 WAFFLES:  Yeah, but I can still catch my feather. 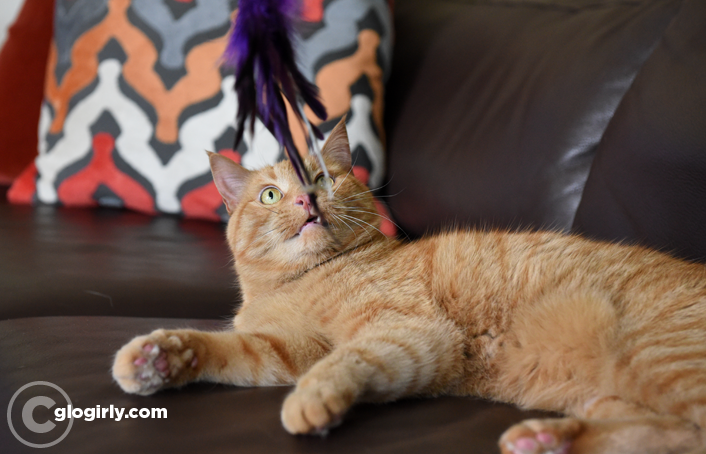 WAFFLES:  I don't even have to get up. 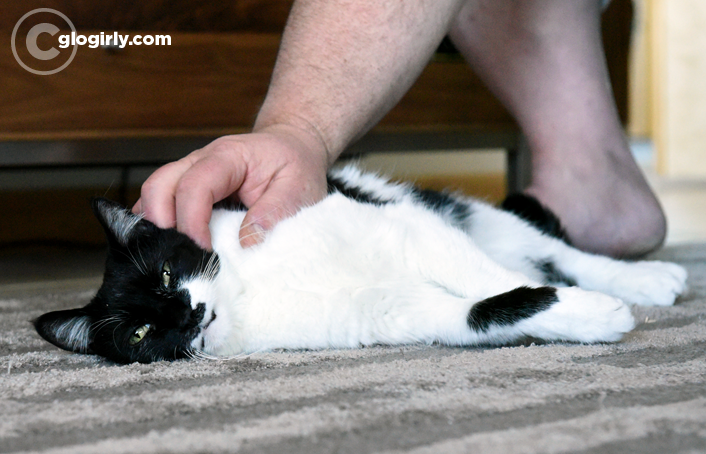 KATIE:  Well this is my idea of not getting up.

Playtime With Our CatDaddy
Waffles and Katie got in some quality play time with Gloman today. Just another one of the perks of having him home for a visit.

When it comes to Waffles, playtime is like potato chips. 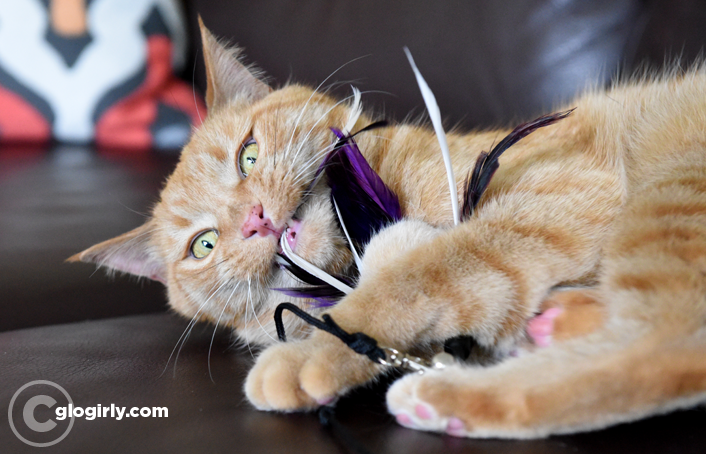 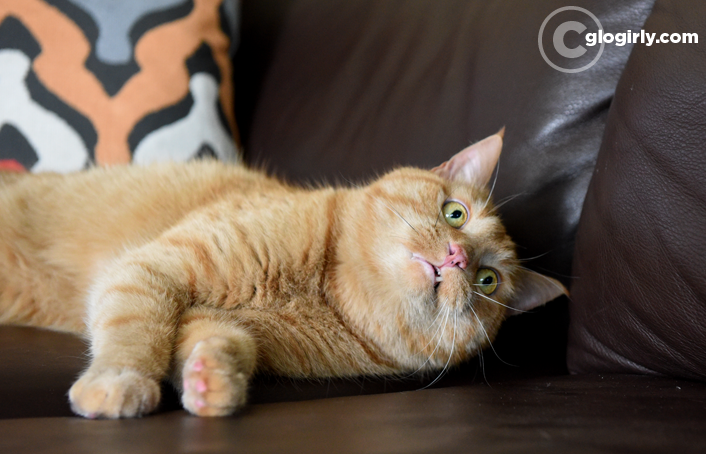 In fact, Gloman decided he'd see just how long Waffles could go before he gave up. Oh, he'd lay down plenty. Today's photos are evidence of that. But as long as there was a feather in sight, he just couldn't turn away. Everyone was giggling at how he just couldn't stop. Finally, after a full hour, and despite the lure of the feather, he decided it was time to walk away. He headed straight for the kitchen for a snack and then curled up inside his Sleepypod in the closet for an epic nap.

...Meanwhile, Katie has a chance to enjoy some Waffle-free playtime. 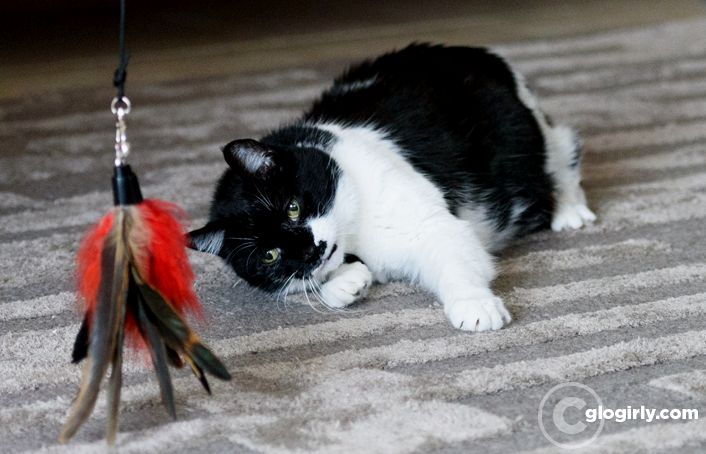