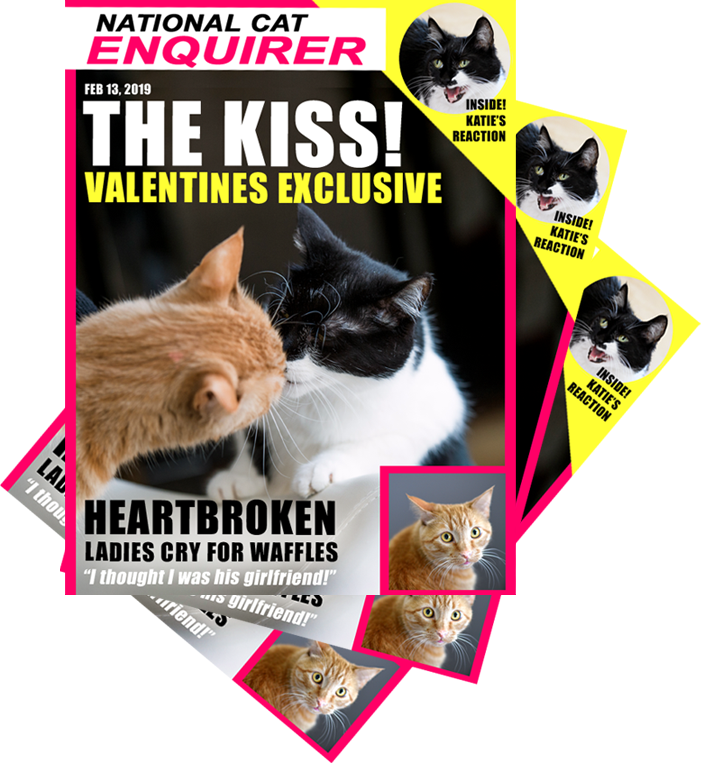 Shock waves out of the sleepy mountain town of Golden, Colorado today. Two supposed rival cats caught on camera in what can only be described as a most embarrassing and compromising position. According to an anonymous source, the lip-locking felines have been identified as Waffles and Katie of the GLOGIRLY cat blog.

The photographer behind the salacious shot is rumored to have sold exclusive rights to the photo for a figure in excess of 25 cents. 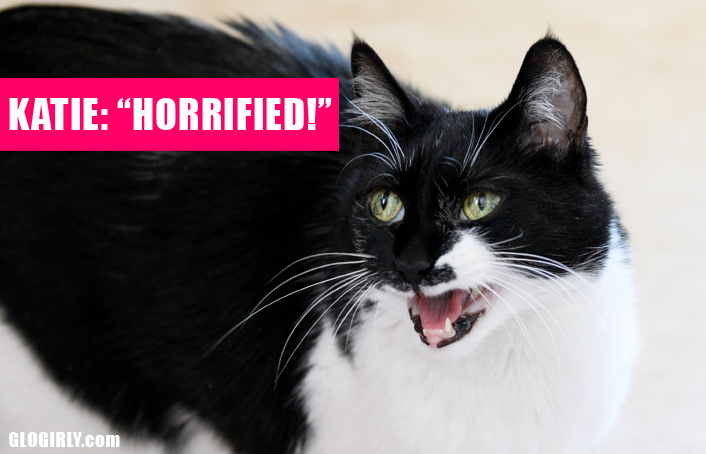 Katie, the tuxedo cat pictured above, originally argued the "misleading and horrifying snapshot" was a result of someone's mad Photoshop skills, however the authenticity of the image has been confirmed and the photograph deemed untouched.

Katie now claims the viral photo is "nothing more than a bad camera angle." 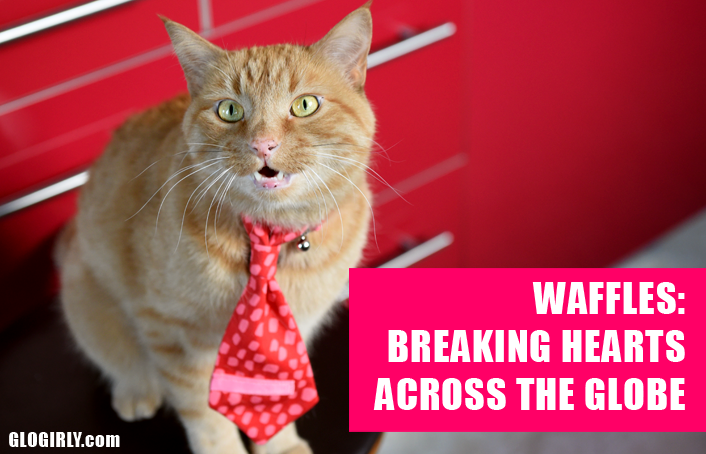 Waffles, (pictured above in a press photo provided by his agent), has admitted he is the orange tabby shown only with his back to the camera in the controversial shot. He's wasted no time sharing the KISS photo on social media. Meanwhile, women across the globe and clowders of female cats are left shocked and heartbroken.


"But I thought I was his girlfriend!"
-Chris, Kansas City, MO 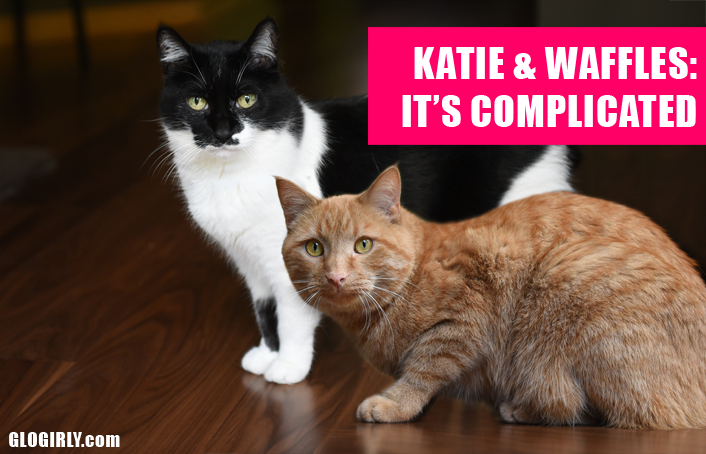 The complicated and often contemptuous relationship between Waffles and Katie is no secret to fans of their blog. According to legal experts, a single picture like the one published on the Enquirer today, exposing the two cats in a blatant public display of affection, could not only permanently tarnish their reputations but take down the entire GLOGIRLY empire with a single swipe of the paw.

Happy Early Valentines Day!
If you've been reading our blog for a while, you might recall that we're not huge fans of Valentines Day as a holiday. We like showing our family and friends how much we love them every day of the year. There's just too much love to pack into a single day! But that doesn't mean we don't like to have a little Valentines fun! We hope you enjoyed our tongue-in-cheek tabloid today and we hope you have some Valentines Day fun too!

Last Day to Enter our Cats-Gone-Wild Giveaway - Plus a Special Discount!
Enter to win a SUPER FUN prize package of feathery-fun wand toys HERE! And if you just can't wait to wrap your paws around them, PetFitForLife is offering GLOGIRLY readers an exclusive 10% discount. 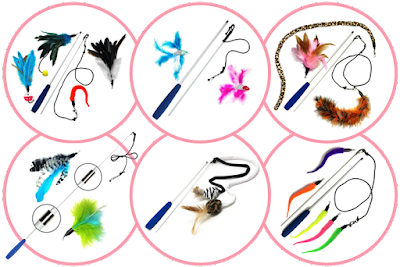 To receive your purr-sonalized discount code, just CLICK to send them an email at support@petfitforlife.com. Tell them Katie & Waffles sent you. (We pinky-promise you'll not be added to any mailing lists and will never receive any spam associated with this!)