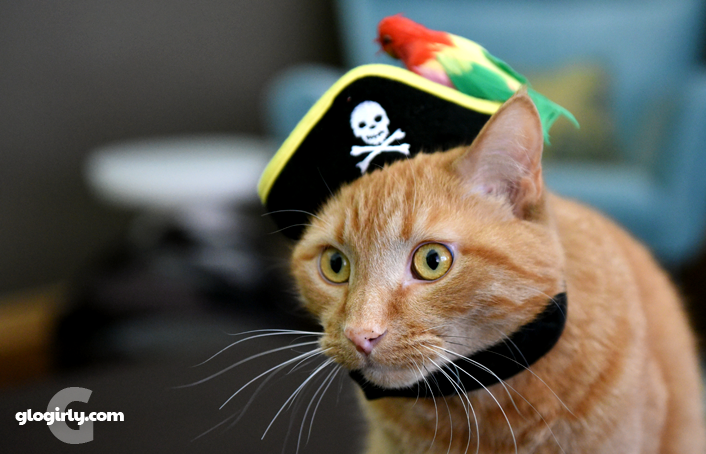 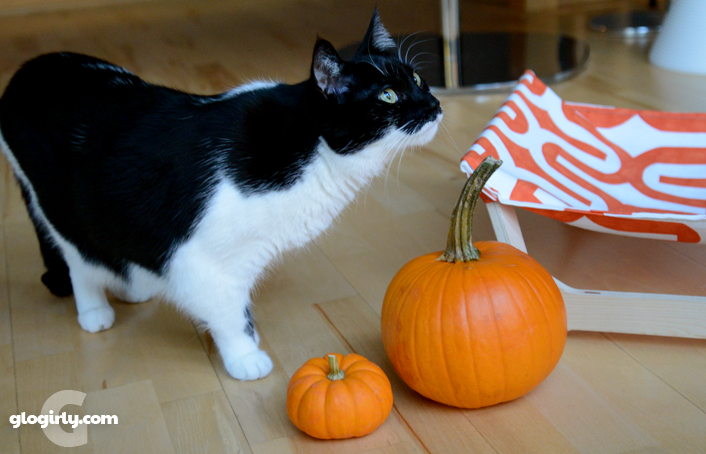 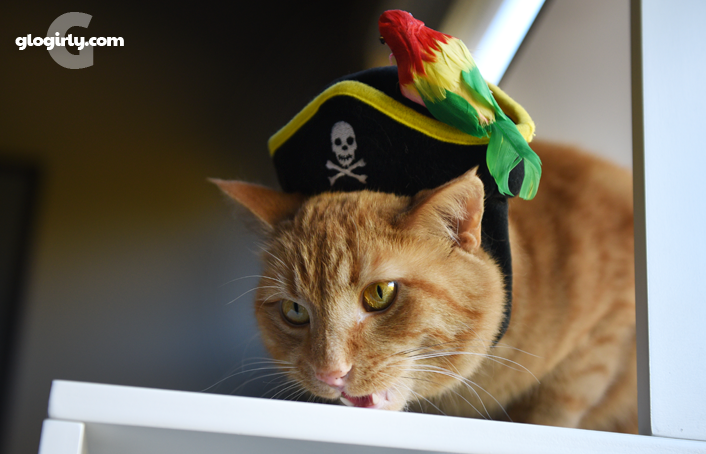 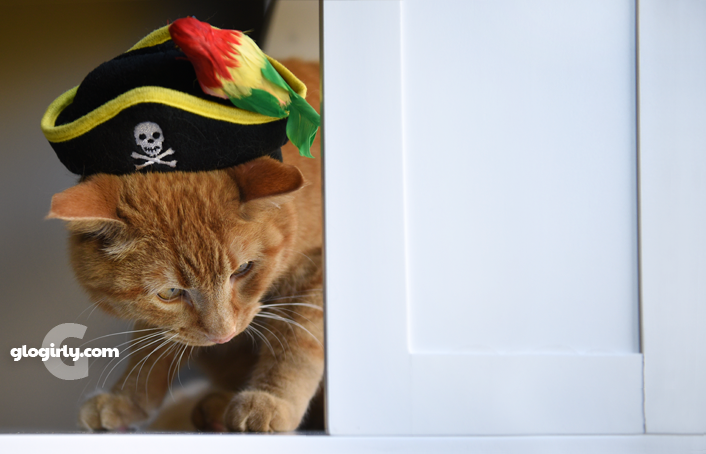 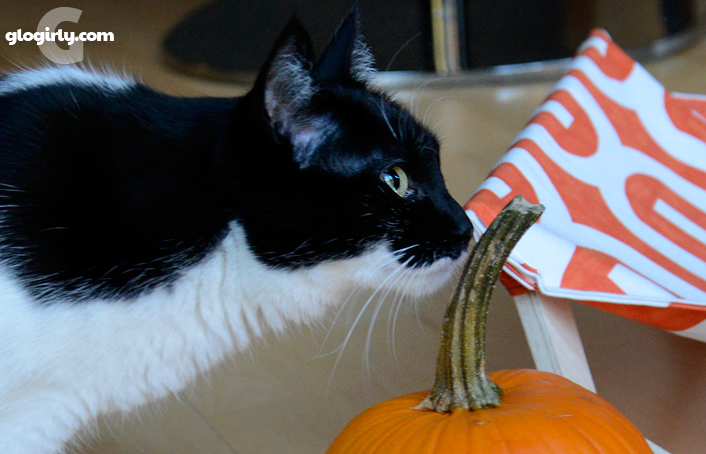 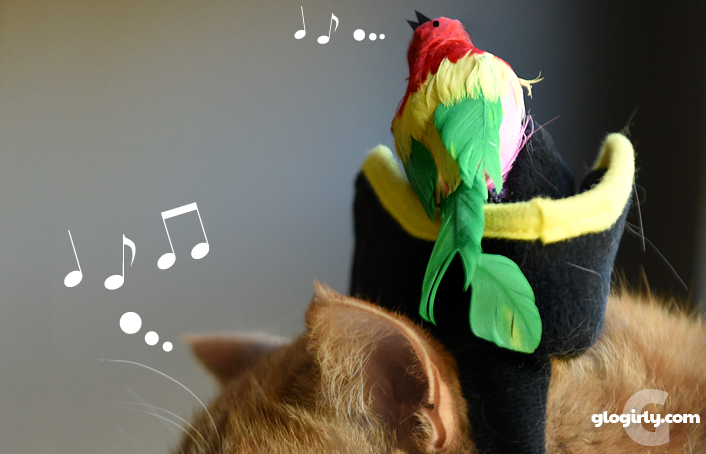 
About Today's Photos
Today's photos and post are actually from almost a year ago today. When Glogirly was at the grocery store and saw the huge bin of fresh pumpkins, she got Halloween on the brain and remembered Waffles and his funny pirate hat. A quick google search turned up one of our faves. We hope you enjoy it as much today as we did last year!

P.S. No cats, hats, pumpkins or parrots were harmed in the making of this blog post. Though there may have been some chicken consumed!