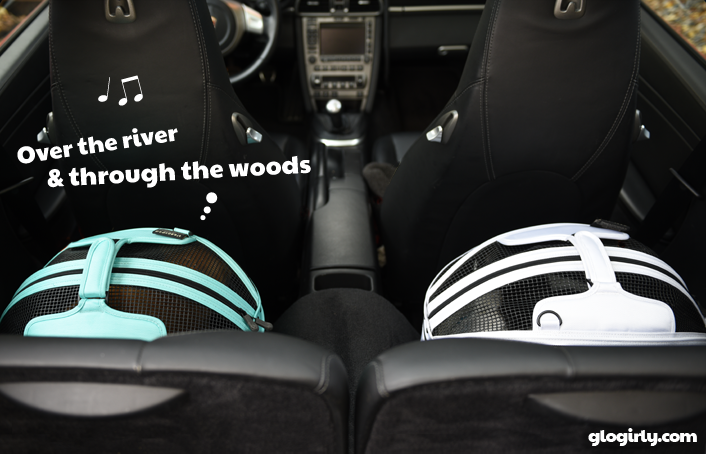 WAFFLES:  Over the river and through the woods, to Grand-girly's house we go! ♫♩

KATIE:  I hate to break it to you, Waffles. But there is no Grand-girly's house.

WAFFLES:  Then where are we going over the river and through the woods to?

WAFFLES:  Cool, we're going in circles! Like at the amusement park! 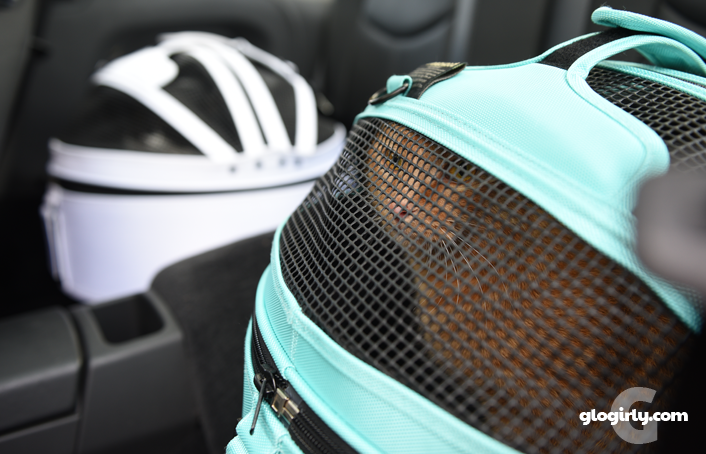 WAFFLES:  What a ripoff. No cheese fries and no roller coasters?

KATIE:  Waffles, you're not supposed to eat cheese fries and as for the roller coaster, well life is already enough of a thrill ride when it comes to you. 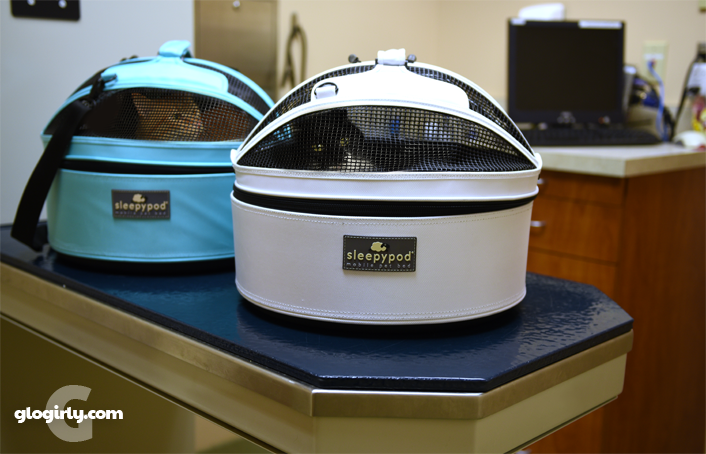 WAFFLES:  I still say cheese fries would be better. So who's going first?

KATIE:  After you, Waffles. Way, way after you. 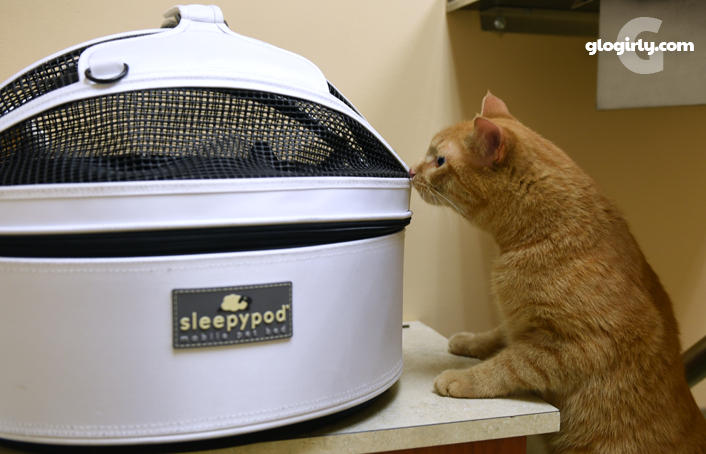 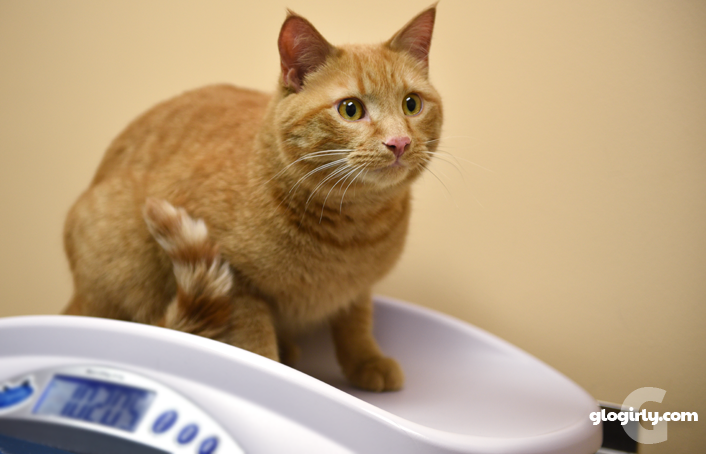 WAFFLES:  What do you mean I have to cut back on my cavalries?

KATIE:  Calories, Waffles. Not cavalries. That means you're supposed to eat less. WAFFLES:  Ok, can we go back to the part where we all get cheese fries? 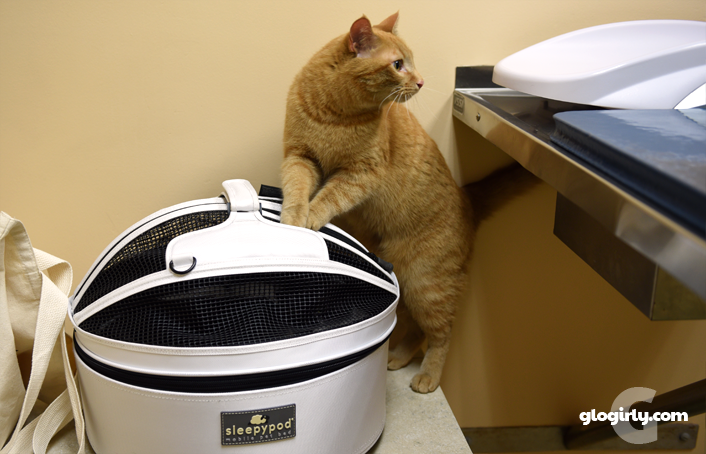 WAFFLES:  It's your turn, Boss. Watch out for the one with the gloves. 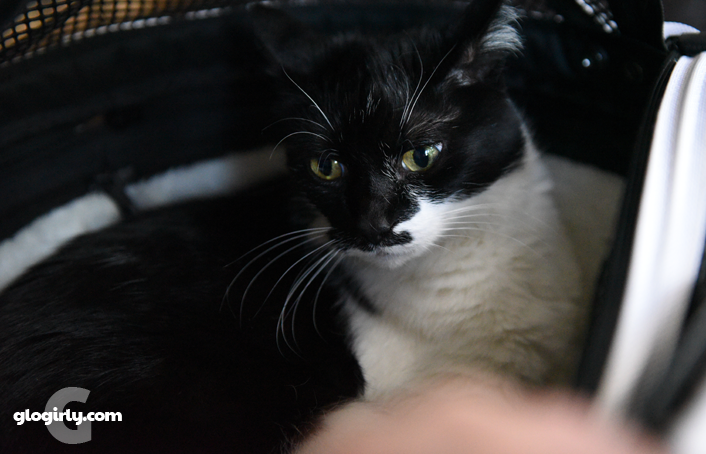 About Today's Vet Visit Photos
Not even 24 hours after National Cat Day, and the day before Halloween, Katie and Waffles found themselves road-tripping to the vet for their annual physicals. Sounds like way more tricking than treating.

Waffles' Results
Waffles is a happy, healthy mancat. But a little too healthy, according to the scale. His ideal weight is 10.5 pounds and he's inched his way up to 11. Nothing serious, but his portions are going to be scaled back just a tad. According to the vet, his daily calorie intake needs to hover at about 185. Sorry, Waff. No cheese fries for you.

Katie's Results
At 10 years old, Katie is now considered a (shhh!) senior cat. She came home with the senior blood panel bandage of honor. (Orange for Halloween) No results yet, but we're not expecting any surprises. Still, it's a good idea to make sure all is well, what with cats being such masters of disguise when it comes to any ailments. 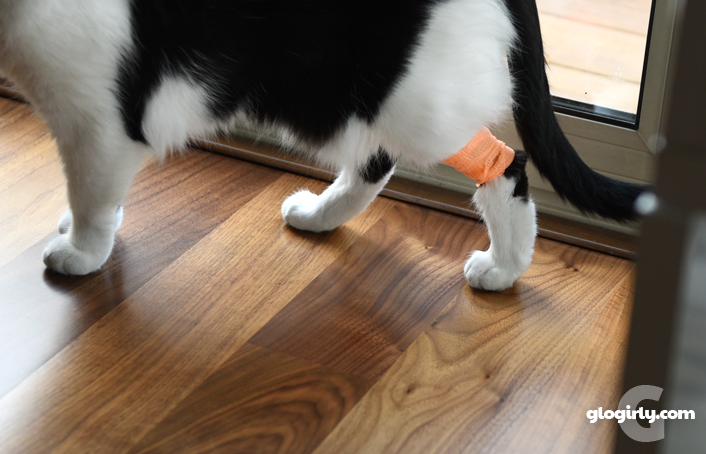 Because of Katie's IBD, she's been given as much food as she's wanted for the past few months. Mostly in an effort to keep her eating regularly and bring her up from 9 to about 10 pounds. Well that worked a little too well. Let's just say the Waffles won't be the only one trimming back his calorie intake.

One thing that Glogirly is doing to help Katie feel more full so she's not asking for 5 or 6 meals a day, is adding some warm water to her food. For example, in the morning when Katie gets 1/4 cup of whole ground rabbit, Glogirly adds 1/4 cup of water. So far, Katie is lapping it all up and hasn't been begging for multiple meals.

Comfy, Cozy, Safe
We get so many great comments and questions from people at out vet's office whenever we show up in our Sleepypods. Did you know that they're the only company that conducts actual safety crash tests on their carriers? Whenever we ride, we always buckle up!


The Amazon links are associate links which means we receive a
small commission if you click from our site and make a purchase.
Thank you!

Labels: Funnies, GLOGIRLY-Tails Of A Cat And Her Girl, Sleepypod, VET