Glogirly Meets "The Engineers" at the 2014 Cat Video Festival PLUS a Cool Autographed Giveaway! 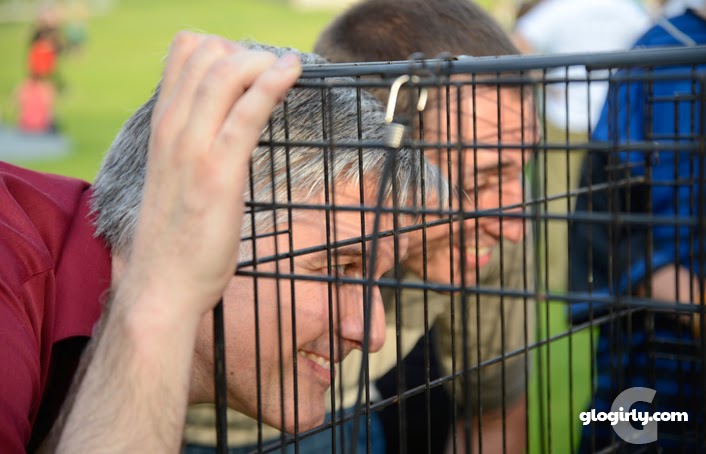 WAFFLES:  Hey Boss! Who are these guys and how come they want to get inside that cage?

KATIE:  Waffles, those are the Engineers! You know, from the viral video series, An Engineer's Guide to Cats.

WAFFLES:  I can't see their ears. Do they look like engines?

KATIE:  No, Waffles. Their ears are perfectly normal. They're just a couple of nice guys who happen to be real live engineers that love cats and make super funny videos about them.

WAFFLES:  They're kind of tall. I don't think they're going to fit in that cage.  They better measure themselves first so they don't get stuck. 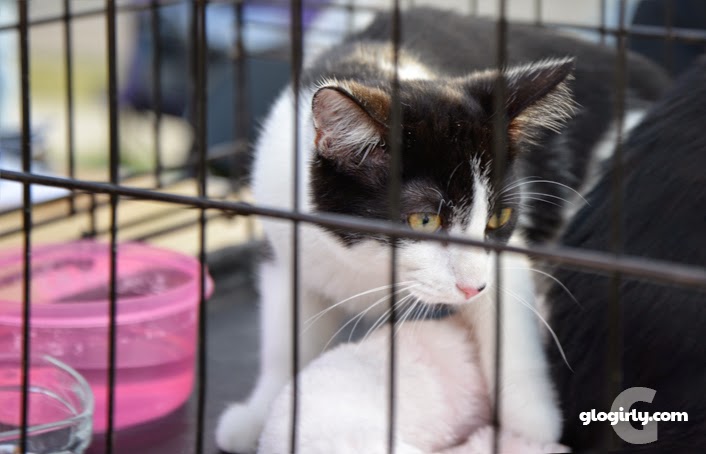 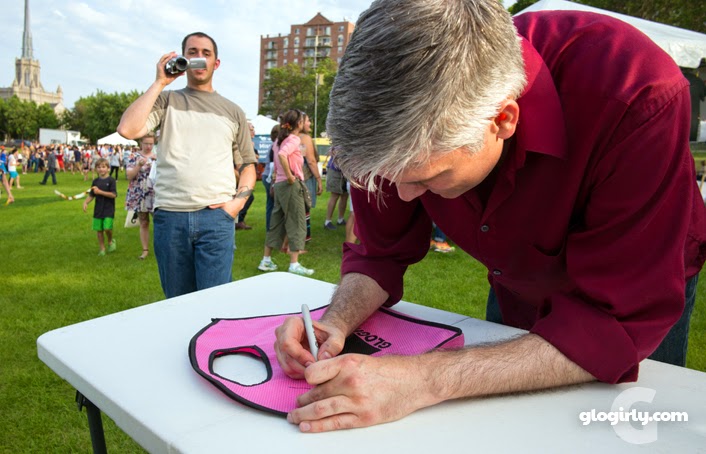 Paul & TJ, the Engineers
Internet cat video stars, Paul Klusman and TJ Wingard, were on site at the 2014 Cat Video Festival last week in Minneapolis. ...and Glogirly was ready. With a Sharpie in one hand and a pink GLOGIRLY tote bag in the other, she introduced herself to them and asked for a very special autograph for a giveaway on our blog. 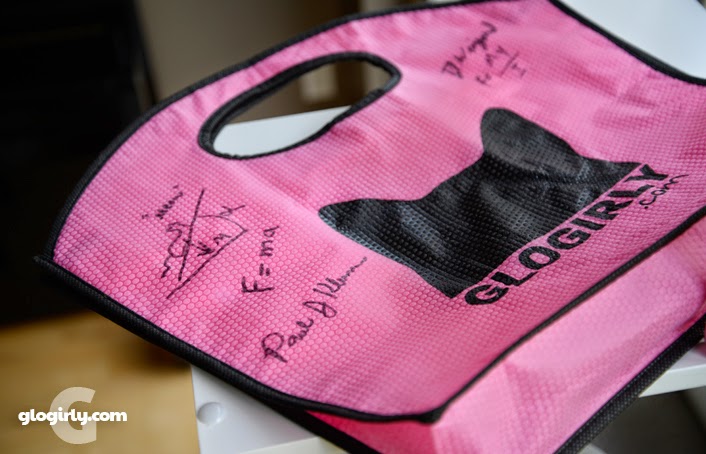 F = ma
The Engineers are known for their mathematical approach to all things cat. So what could be more purrfect than a special feline formula to go along with their pawtographs! Ok, so we're not exactly sure what it all means...though we're told it might have something to do with Newton's laws of motion. Or possibly Fig Newtons. 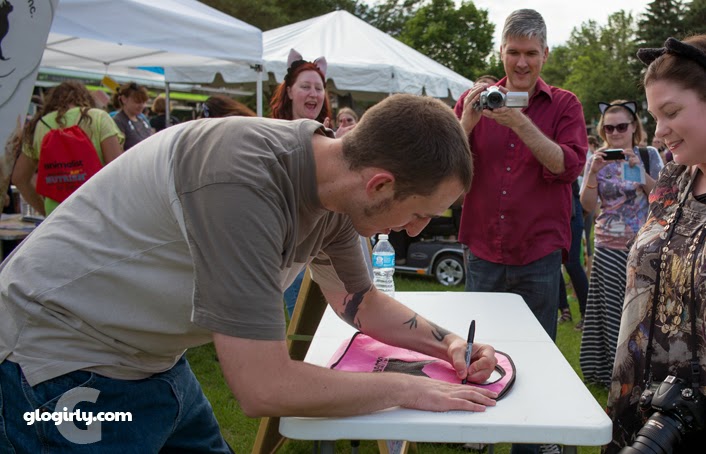 Paul and TJ were down to earth, unassuming and incredibly friendly. Oh, and they love cats. When they first arrived, they bee-lined over to the cute kittens at the booth, all smiles because "this is what it's all about." 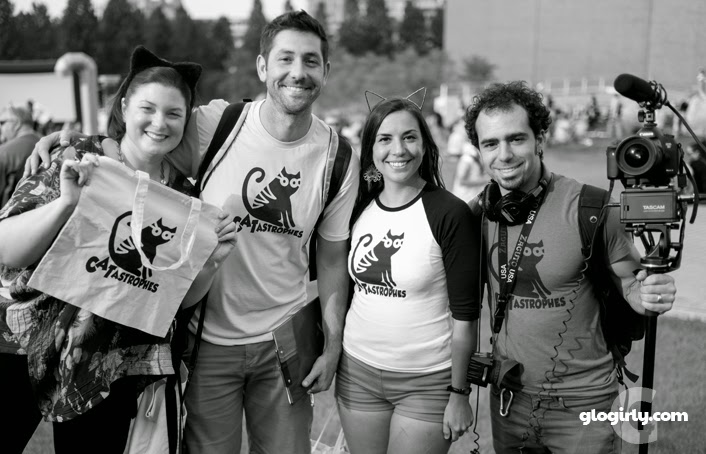 Cat Lovers, Cat Ears, Cat Crowds!
Glogirly met up with Kris, Alana and Michael from the CATastrophes web series. They were on site interviewing cat lovers and giving away cool CATastrophe totes. 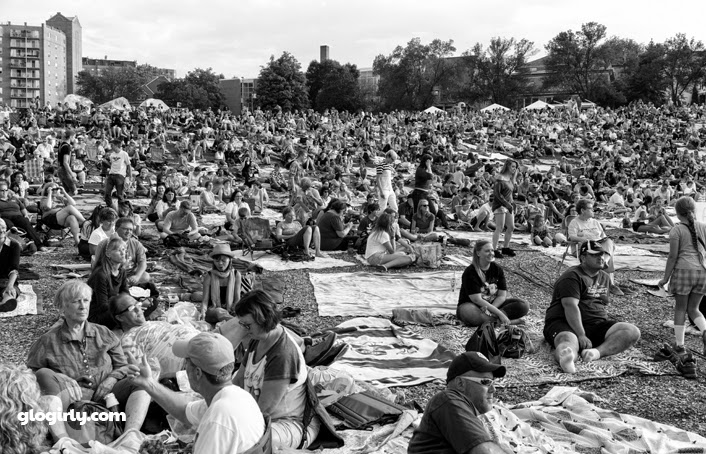 #CatVidFest
About 10,000 cat lovers gathered on blankets and lawn chairs at the Walker Art Center for what was the THIRD Internet Cat Video Festival. You had to get there early to grab the best spots for video viewing. Those that were smart brought coolers filled food and beverages. Those that weren't, waited in a VERY long line. 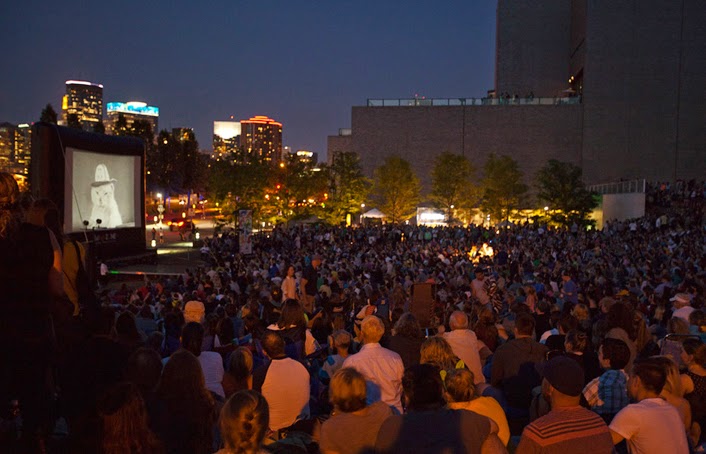 Oh What a Night!
With downtown Minneapolis as a backdrop and beautiful weather, it was a purrfect evening of giggles, cuteness and CATS.


The Engineers were one of four video finalists competing for the coveted Golden Kitty Award with An Engineer's Guide To Cats Sequel 2.0. Though we had our paws crossed for them, the high honor went to a another very funny video called, 8 Signs of Addiction, by Rob Moore.

We've got a very special surprise for you! We're giving away the very tote bag that Paul and TJ, the Engineers, autographed for us AND a collection of GLOGIRLY swag! Giveaway is open worldwide...we don't want to leave ANYONE out of this one!

Giveaway is self-sponsored by GLOGIRLY.com.

Labels: #CatVidFest, Engineers Guide to Cats, Giveaway, GLOGIRLY-Tails Of A Cat And Her Girl, Video